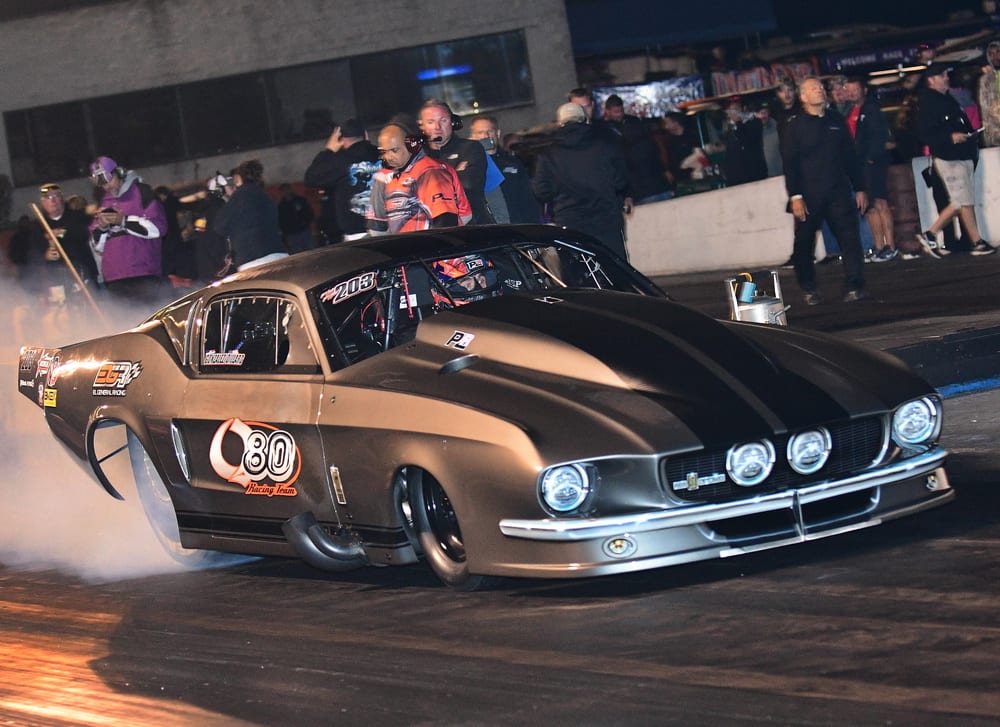 The 2017 drag racing season was exceptionally competitive across the board in all ranks, including the Professional Drag Racers Association (PDRA). One driver who showed a strike of consistency throughout the entire eight-race schedule was Jose Gonzales and the El General/Q80 Racing team, based out of Ball Ground, Georgia.

While Gonzales lives in the Dominican Republic, the entire racing program is housed and maintained at the Pro Line Racing Engines and FuelTech USA facilities stateside. Gonzales has owned a host of Pro Modified machines, including his ’67 Ford Mustang Shelby GT500 that the team codenamed Eleanor. He can also be found pulling double duty in PDRA Pro Extreme with his previously owned Chevrolet Corvette C7 and an orange ’69 Chevrolet Camaro owned by Q80 Racing. While most drivers and team owners consider driving two cars a distraction, Gonzales took advantage of this luxury to hone his reaction time skills and become one of the quickest reacting drivers in the Pro Boost and Pro Extreme categories.

Gonzales’ Ford Mustang is an immediate fan favorite due to its classic paint scheme and the close relation to the car “Eleanor” on the movie Gone In 60 Seconds. While the exterior may look the same as a street car, the relations stop there as the Jerry Bickel Race Cars-built chassis was up to the task of chasing a championship. As for horsepower, Gonzales had plenty on tap with a Pro Line Racing-built HEMI powerplant, combined with a pair of 94mm turbochargers from Precision Turbo & Engine to be legal for the competitive Pro Boost category. Equipment from M&M Transmission was used to transfer the power to the rear wheels. None other than Steve Petty was tabbed to control the keyboard for the El General Racing team in the 2017 season and with his leadership, the team installed the brand-new FuelTech FT600 with all the bells and whistles that go along with it early in the season. Petty then relied upon all of the FT600’s features to dial in the engine to run at top contention, along with showing a string of consistency that is rarely seen from a Pro Modified team pushing the limits each lap.

“FuelTech has been a huge part of our success since their program was installed in our cars when they moved to the States in 2015. The new FT600 has been flawless from the beginning and we look forward to 2018 with this exceptional product,” stated Eric Dillard, owner of Pro Line Racing.

“To have a customer and a friend like Jose go out and have the season he did in 2017, there’s no feeling like it,” said Anderson Dick, chief operations officer at FuelTech. “Steve, Jamie (Miller), Josh (Ledford) and the other tuners pushed us hard all season to keep introducing new features to our software to adapt to certain conditions, and with all of the Red Hat Mafia, we have grown faster than we ever expected.” 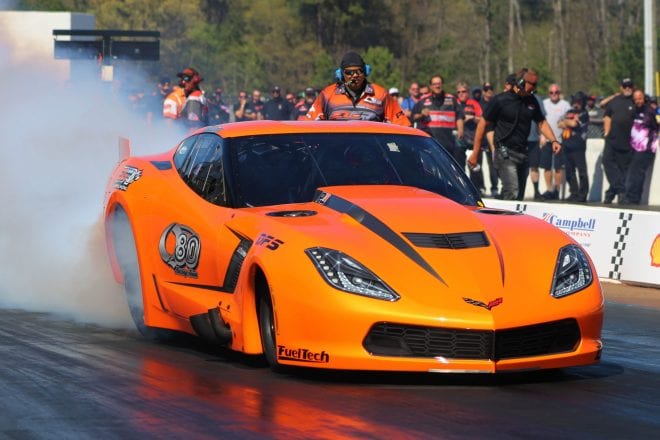 Gonzales assembled one of the best teams in the game, including Steve Petty, Brandon Stroud, and a host of his friends and family from home – Cris Foster, Cris Johnson, Pedro Apolito, and Bum Harrison, among others –  that he flew to and from the event each race.

“The Pro Line Racing and FuelTech family is unbelievable. If we ever had a problem, there were numerous hands in the fire to do whatever was necessary to make sure we were at the top each race,” said Gonzales. “It’s an amazing feeling to take home the 2017 PDRA Pro Boost championship. We had this goal at the beginning of the year and we did just that! Pro Boost is one of the most competitive classes in drag racing and to beat out the GALOT team just shows how strong of a program we’ve built, and we’re ready to do it again in 2018.”

The PDRA will recognize their champions at their season-ending banquet at the Performance Racing Industry (PRI) trade show in December. We at Drag Illustrated want to send out congratulations to Jose Gonzales, El General Racing, Pro Line Racing and FuelTech on an impressive season of drag racing and claiming the championship in one of the toughest classes in Pro Modified racing today.