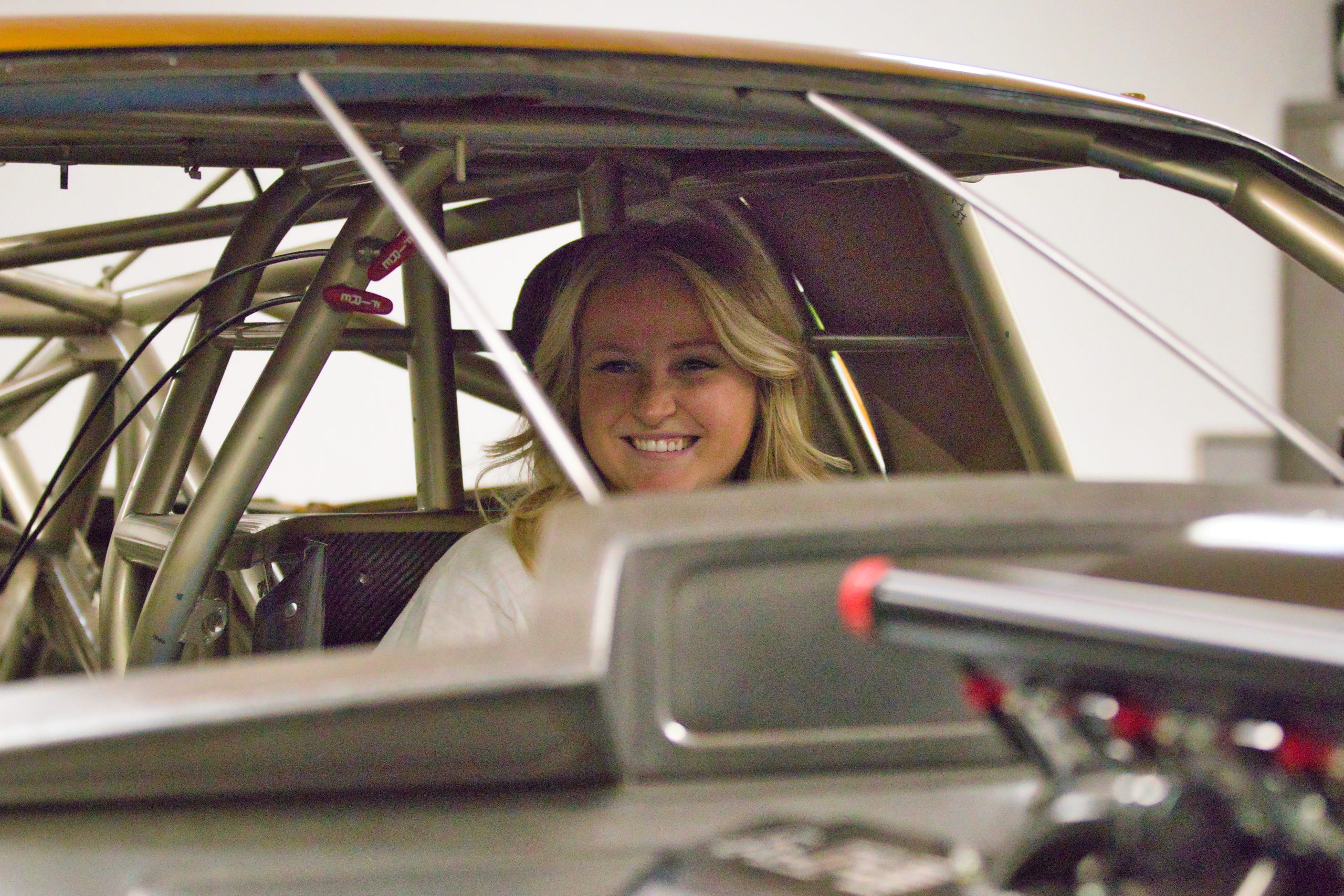 With the Coughlin last name comes significant responsibility, a major spotlight and a bloodline among the greatest in drag racing history.

Paige Coughlin, the third-generation racer and daughter of former NHRA Pro Mod world champ Troy Coughlin Sr., is well aware of that, but she’s also determined to carve her own path.

She’s off and running in that regard, going with a unique – at least to the Coughlin name – destination for what’s next in her burgeoning career.

Taking the reins of a ProCharger-boosted ’92 Camaro, which is aptly named “Golden Child,” Coughlin will be racing in the “Future Class” on the Street Outlaws: No Prep Kings tour, where show producers put the focus on up-and-coming drivers who have goals of making the marquee category.

With a huge television audience on Discovery, Street Outlaws has become a boon for the racing world, establishing competitors as some of the biggest names in the sport. Coughlin knows that path to stardom isn’t immediate, but she’s been more than willing to branch out and try something entirely new.

“I didn’t know how people would respond to a No Prep car, but we’ve had a lot of positive feedback and I’m really excited to make this change,” Coughlin says. “I think it’s a great change and it’s just going to bring a whole lot of new people to the No Prep scene and JEGS as well, and I’m really excited about that.”

After racing in Super Comp, Coughlin was eager to move to a door car, following in the footsteps of her father. Instead of Pro Mod, though, Coughlin and her father took a liking to the No Prep Kings scene after witnessing a live event, and the young standout is determined to stand on her own.

“Having my own voice as my own brand, it’s foreign for me, but I can make it what I want,” Coughlin says. “I think that’s the most exciting part, and just having that ability to be creative with it, I think is something exciting and I’m going to grow into it for sure.”

Coughlin’s current crew chief, Justin Beaver, will tune the Camaro, which was purchased from Mike Rees, who has worked with her father. Super tuner Steve Petty will also pitch in, forming what Coughlin called a “dream team” when her father was thriving in Pro Mod.

It’s No Prep-style now, but it’s all fit together almost perfectly for Coughlin.

“When I first sat in that Camaro, I felt completely comfortable. It’s just a perfect fit and I think it’s going to be a great combination,” Coughlin says. “My dad’s been super proactive in all of this planning and collaboration, too. We’ve always talked about when I grow older, it’ll be your turn. Now it’s finally my turn and I think he’s living in the moment again, but he’s excited to be a part of the crew instead of the driver this time.”

It’s a chance for the historic JEGS brand to reach a new crowd, too, which also puts a lot on Coughlin’s plate as a young driver entering a new realm.

But she’s accepting it all with open arms, fully realizing the challenges but also wholly embracing the possibilities and potential that comes with an exciting, new opportunity.

It’s up to Coughlin to prove her worth in the “Future Class,” where her performance, showmanship, and intangibles could lead to earning a spot in the 32-car invitational for the television broadcast, where many a star has been born in recent years.

“To be able to have the chance to just go No Prep racing, or even have a door car is beyond my ability to comprehend because it’s just so great,” Coughlin insists. “Everyone is talking about this scene, it’s on TV, it has massive coverage. I think taking that energy and putting it towards furthering myself and the company of JEGS hopefully will bring us a lot of success.

“If you want to be on the show, you’ve got to earn it. We’re going to work as hard as we can to prove our worth and then hopefully we’ll get invited to race our way in to the main event. That’s the ultimate goal to be a part of that. It’s our turn to work hard and if you want it bad enough you go out and get it. So I’ll try to take that mindset with us this year.”