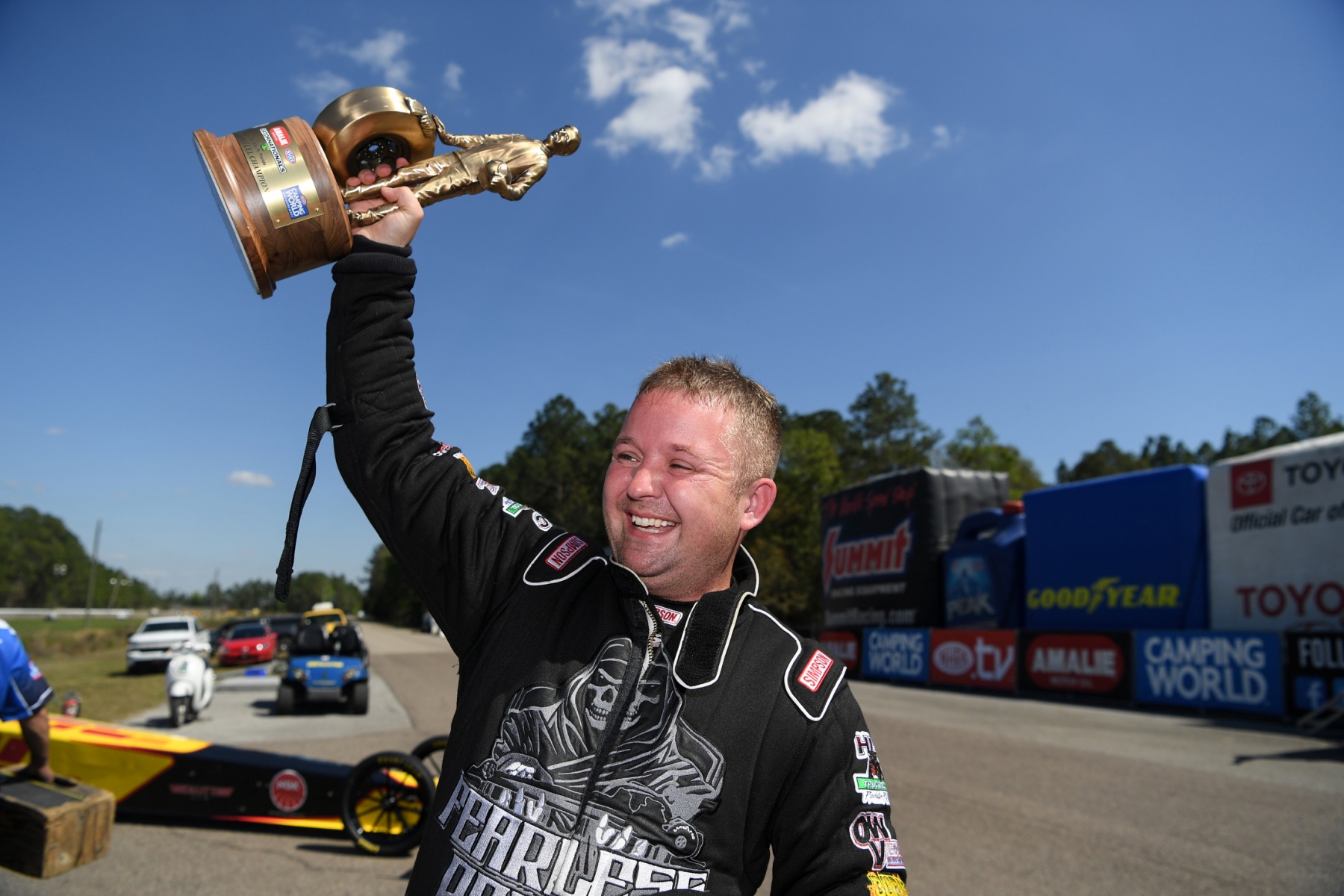 Josh Hart likely had a number of different scenarios roll through his head when envisioning his Top Fuel debut, but even he couldn’t have imagined what actually happened to open his nitro career.

Joining a select list, Hart made an incredible debut on a huge stage, winning the NHRA Gatornationals in his very first Top Fuel start by knocking off Shawn Langdon in the final round.

As the thousands of messages flowed in, Hart was nearly speechless, becoming the first driver to win in his first career start since the late Darrell Russell did it to open the 2001 season.

That it came at his home track, Gainesville Raceway, made it even sweeter, and that he did it with the likes of his idol Don Garlits in attendance made it even more incomprehensible.

“Never in a million years would I have thought this was going to happen,” Hart said after the win. “I’ve never experienced anything like this before. I’ve wanted to do this for a really long time and to do it in Top Fuel is just amazing. [Crew chief] Ron Douglas gave me an amazing car and the guys have worked their butts off. It’s just amazing. That thing was a monster going down the track.” 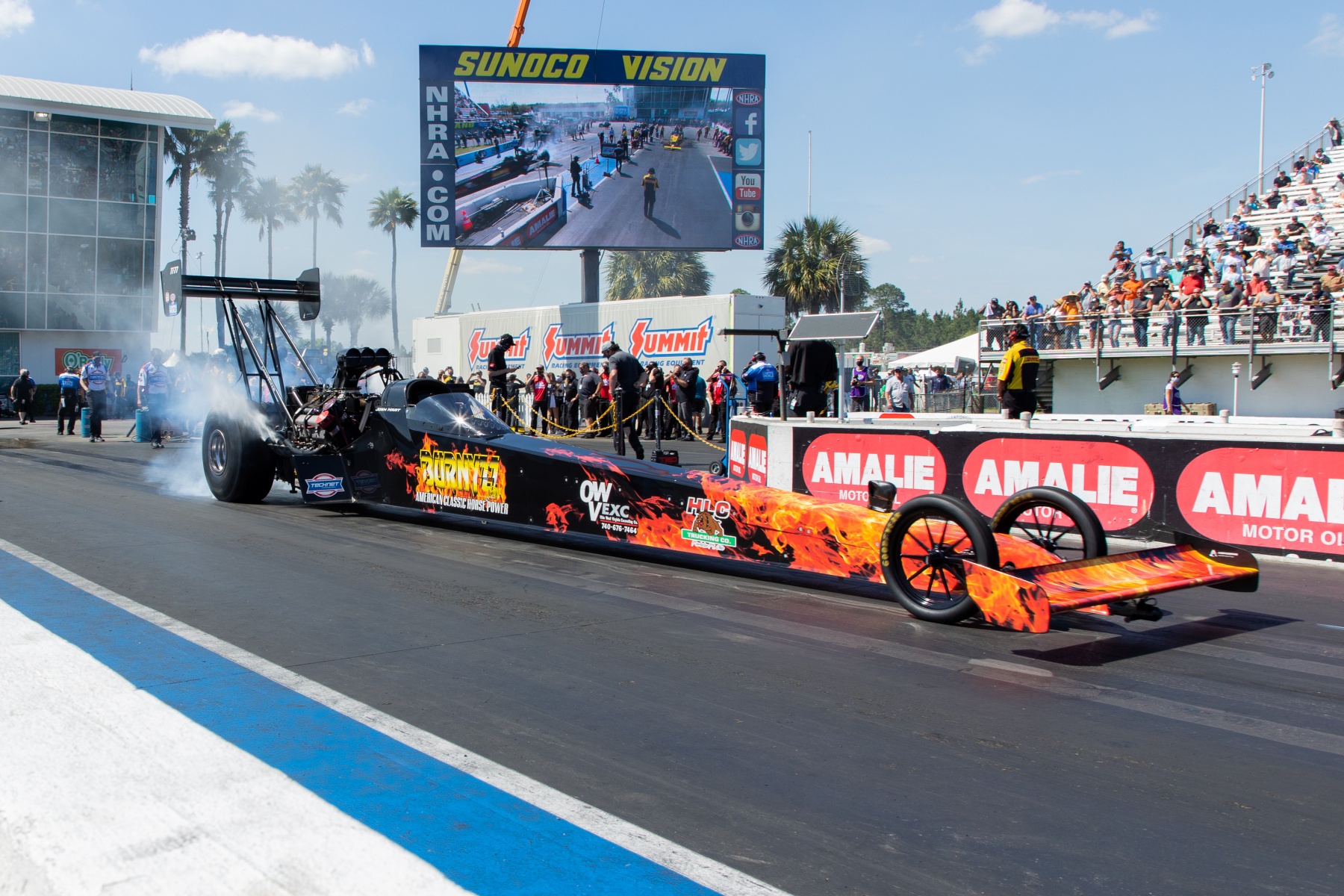 The Ocala, Florida, native was undaunted by the big lights in his Top Fuel debut, driving his 11,000-horsepower Burnyzz/Technet dragster with confidence. That assurance came from masterful tuner Ron Douglas, who has meshed impeccably well with Hart.

It’s been an ideal match of two soft-spoken personalities, with Douglas assuring Hart it’s OK to lift on a run when necessary, and Hart able to offer meaningful feedback on the car.

In Gainesville, that meant working on the clutch pedal during qualifying to help with reaction times on raceday. Douglas made the necessary changes and Hart did the rest, leaving first on all his opponents during eliminations, a star-studded list that included Clay Millican, three-time Top Fuel champ Steve Torrence, reigning NHRA Rookie of the Year Justin Ashley, and then Langdon in the final round.

Hart also lived in the low 3.80s after qualifying eighth, including an excellent pass of 3.826-seconds at 323.66 mph in the finals to set off a celebration that likely hasn’t stopped.

Hart was right back to work on Monday, but he received well over 1,000 text messages following the victory. 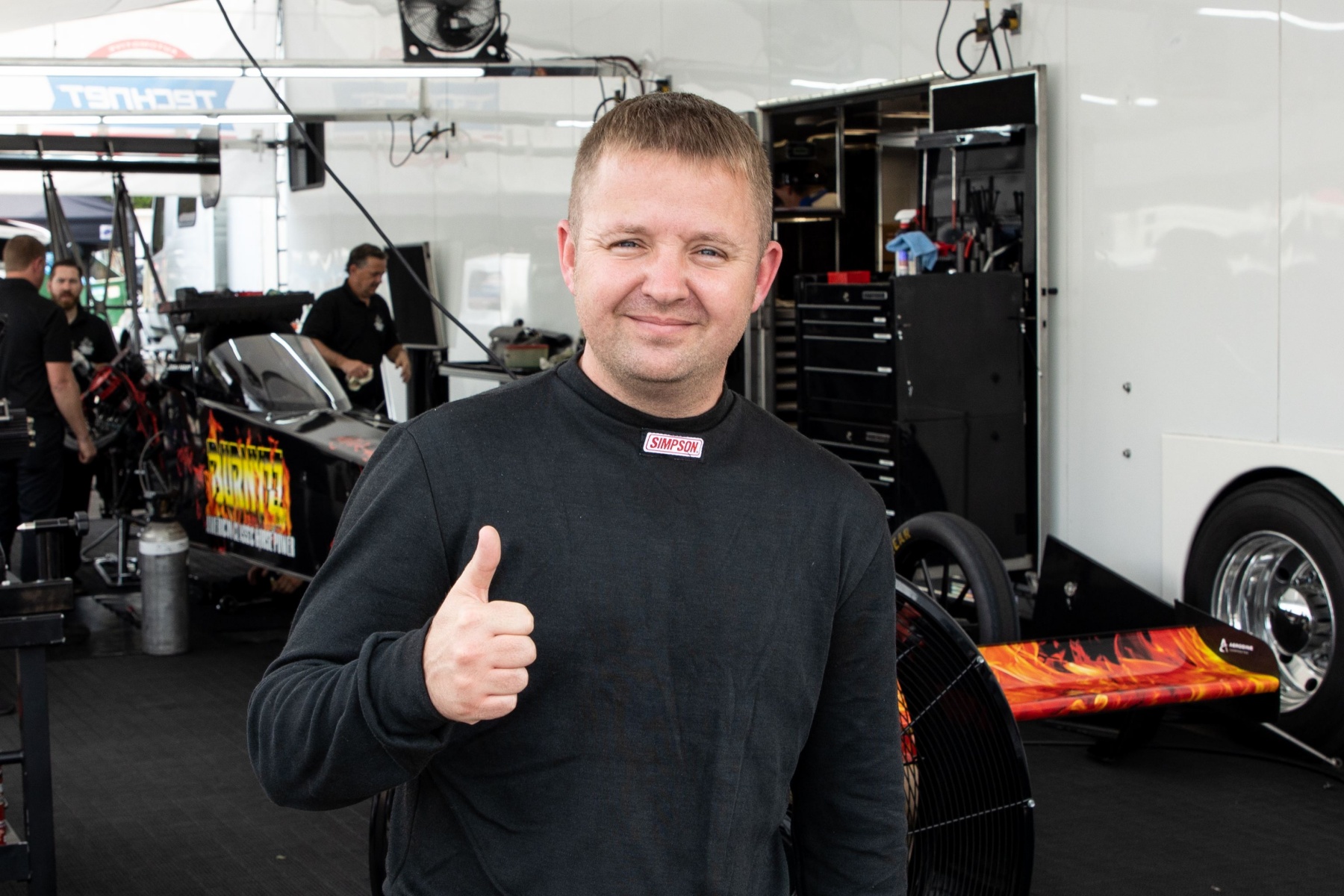 “Ron Douglas was a magician and the guys were amazing,” Hart said. “Don Garlits was here and he said sometimes it’s just your race. I believe that today. The guys and Ron Douglas did a fabulous job and it’s always good to have a solid car underneath you. There were no errors and everything led to me being confident driving the hot rod.”

Douglas has proven masterful in working with young drivers in the Top Fuel ranks, helping guide Blake Alexander to a pair of victories during the 2018 campaign. Since working with Hart, he’s noticed something special in the young talent.

“For us to be able to come out here and do it with Josh, it’s awesome,” Douglas said. “He and Brittanie [Hart, Josh’s wife] are two of the best people you can ever meet. They’ve given us free rein to build this as we saw fit and they’ve been very supportive. Josh can truly drive the car. It’s been a tremendous amount of work for the entire team all winter, and to be able to come out and string a few round wins together and get out of here with a win, it’s a real testament to the ownership and the team we were able to bring together here.”

It may be hard for Hart to top this moment, but he’s more than prepared to try. His victory over Langdon in the final round was watched by nearly two million viewers on FOX, with fans loving the notion that a small team can continue to be competitive with the large, multi-car teams.

“The super teams are awesome, but you see those same names over and over again, so hopefully people see us taking a shot at the big boys,” Hart said. “You put the money into the car, make it go faster and good things will happen.”