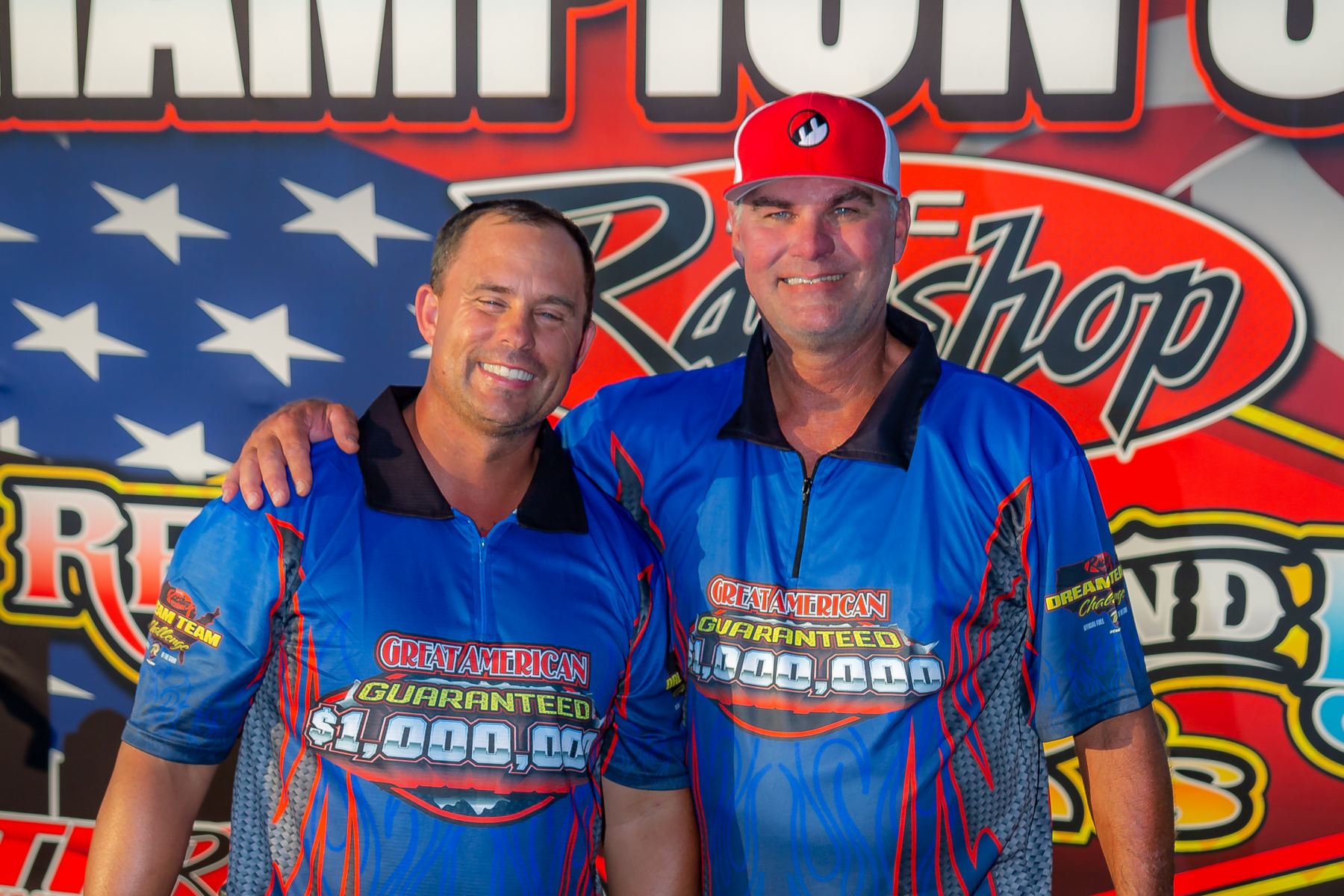 Promoters Gaylon Rolison and Britt Cummings have turned into an impressive promoting duo, combining to put together some of drag racing’s biggest bracket races, showing immense dedication in their quest to push the sport forward.

They’ve carved out a strong place in the sportsman world, with racers praising their ability to put on an exciting, well-run race. Rolison and Cummings have also put together one of the sport’s biggest prizes at the Great American Guaranteed Million, becoming one of the biggest success stories in drag racing and earning their spot on the cover of Drag Illustrated’s 11th annual “Sportsman Issue.”

“It is an honor to grace a magazine that brings focus to the world of drag racing and bracket racing,” Rolison said. “Britt and I know in our heart of hearts none of this would be possible without the support of the racing community and the team that surrounds us. Thank you again Drag Illustrated.”

It is Drag Illustrated’s 170th issue, with the annual sportsman issue again taking a key look at some of the major happenings in the sportsman racing world.

The cover story focuses on Rolison and Cummings, a duo that has a set of unique skills and attitudes that mesh perfectly when it comes to putting on marquee big-money bracket races.

Rolison provides the analytical, numbers-driven skills, while Cummings is the bold, big dreamer of the pair. Combined, it’s allowed their Great American bracket races to become a household name in the sport, bringing in hundreds upon hundreds of participants.

It’s one of the many bright spots in sportsman and bracket racing, which managed to thrive during the pandemic-ridden 2020 and continues to forge forward in a 2021 season that has also included many of rocky moments due to the ongoing pandemic.

But sportsman racing continues to roll forward, with Drag Illustrated capturing a number of the exciting occurrences in the current issue, including the Mid-West Drag Racing Series’ addition of Top Alcohol Funny Car, the Stick-Shift Nationals and much more.

The issue also features a special tribute to racer and promoter Kyle Seipel, who tragically passed away this summer.

“Sportsman racing is such a huge part of our sport, so we always make sure to devote an entire issue to the subject each year,” Drag Illustrated Editor-In-Chief Nate Van Wagnen said. “From Van Abernethy’s Dialed In features in every issue to this Sportsman Special Issue, we’re big believers in giving sportsman racers — from big-name, big-money bracket racers to lifelong weekend warriors — the ink they deserve on the pages of Drag Illustrated.”

The full cover story on Rolison and Cummings is available to read, along with the entire issue, for free at digital.dragillustrated.com.