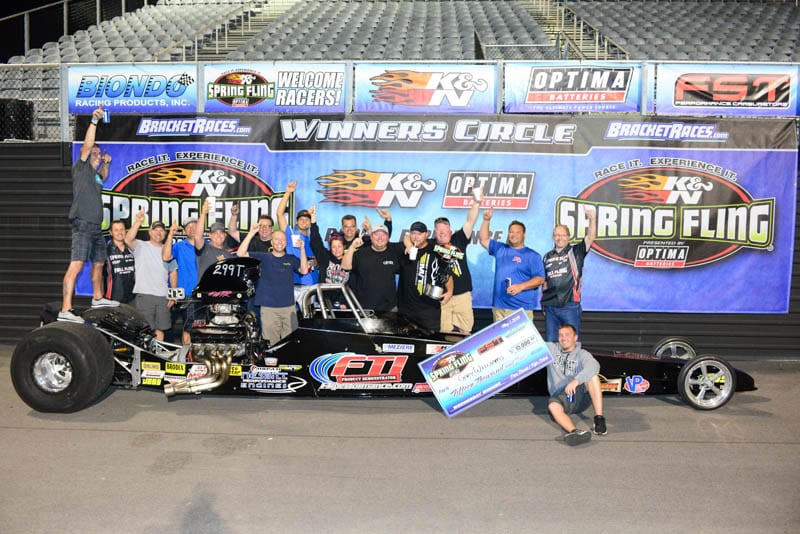 While yesterday’s Super Tuesday Test & Tune session followed by the American Race Cars/Race Tech Dragster Shootout was the first day at the K&N Spring Fling presented by Optima Batteries at Galot Motorsports Park, today marked the “official” start of the event. FST Wednesday began with a single time trial for all competitors with eliminations beginning for a $15,000-to-win day.

Race promoters Peter Biondo and Kyle Seipel made the decision this year to limit the field of entrants to 385 by way of a pre-entry system for both of their east coast events at Galot and Bristol in the fall. “We felt this was the best way to ensure a quality experience for all of our customers,” said Seipel. “It allows us to complete a race at a reasonable hour and give everyone the chance to enjoy the race, the day and their friends.”

For the Galot event, pre-entries opened up online back on March 4th, and an impressive statement to the power of the brand is that in less than eight minutes, the entire 385-car field was filled.

Final round and it was Florida versus Florida, with both combatants hailing from the Sunshine State, each leaving the starting line with matching .006 reaction times but it was G-Dub, Gary Williams running closer to his dial, taking a .004 finish line victory.