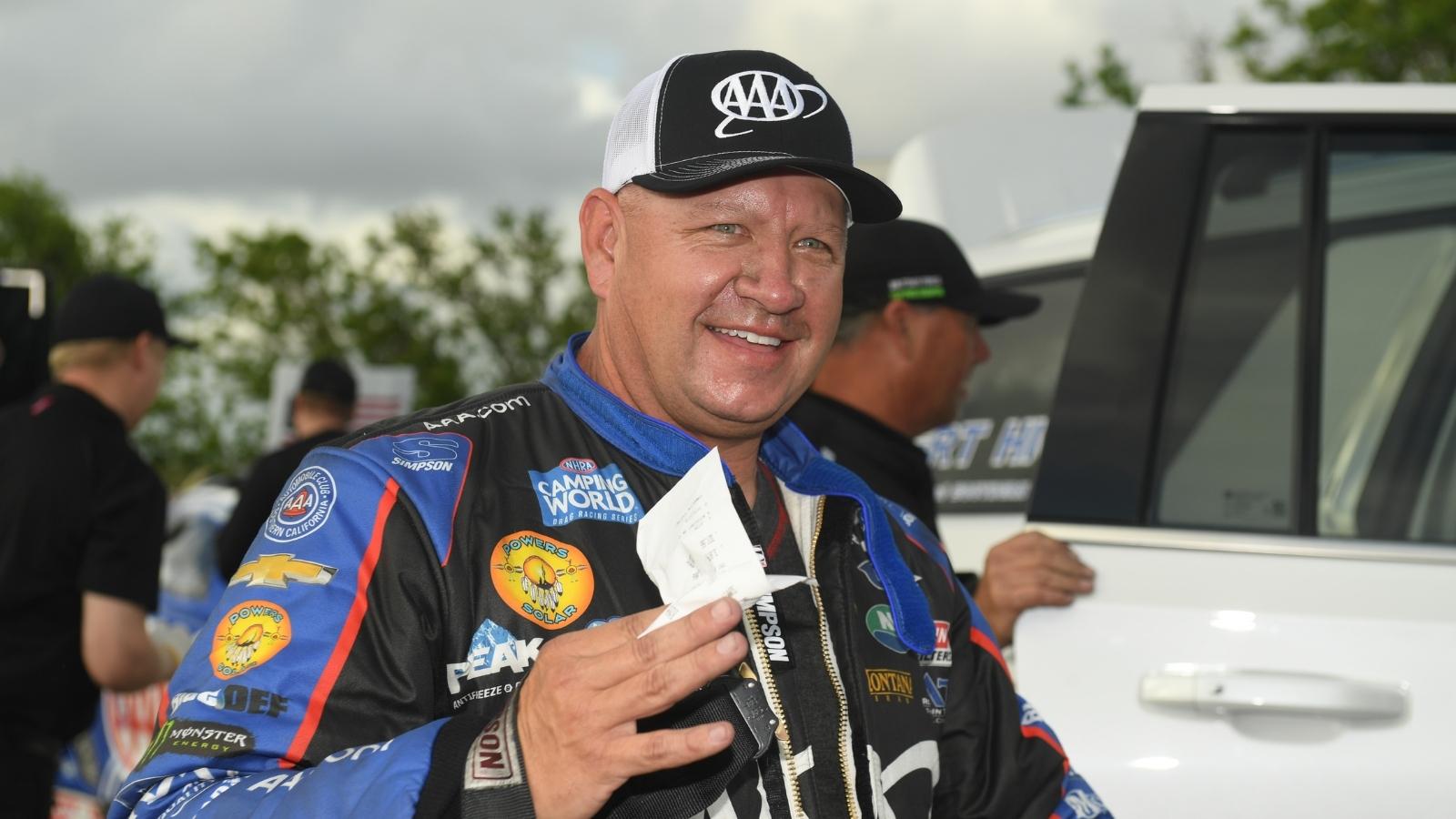 Robert Hight and the Automobile Club of Southern California Chevrolet Camaro SS are hoping to add to a career best season as they head to the Lucas Oil NHRA Nationals at Brainerd International Raceway, the 14th of 22 events on the NHRA Camping World Drag Racing Series season.

Bidding to become just the fourth driver to win as many as four NHRA Funny Car championships (after John Force, Kenny Bernstein and Don Prudhomme), Hight is the Camping World points leader on the strength of six wins this year in the Jimmy Prock and Chris Cunningham prepared Auto Club Chevy Camaro SS. Hight is poised to become just the sixth Funny Car driver to win as many as seven races in a single season. Force has done so on seven different occasions while the others, Don Prudhomme, Kenny Bernstein, Ron Capps and Jack Beckman have done it only once.

“This Auto Club team is staying strong. We know the competition is touch out here, one weekend can change a lot,” Hight said. “We’ve stayed consistent, and we know we need a couple more wins to win the championship this year. I want the 60th but I know it’s going to take win number 62 or 63 to really get the job done. We’re on track and we just need to get keep at it. I haven’t won much in Brainerd, so I think I’m due to visit the winner’s circle there this weekend.”

Hight, the current track record holder at 3.793 seconds and a national record 338.00 mph (Aug. 18, 2017), has raised the trophy just once at Brainerd International Raceway in 2015. He hopes to celebrate his birthday (Saturday) by adding a second which would boost his career total to 60, third among Funny Car drivers behind only John Force and Ron Capps. The three-time champion has started from the No.1. spot twice in Brainerd, 2017 and 2018.