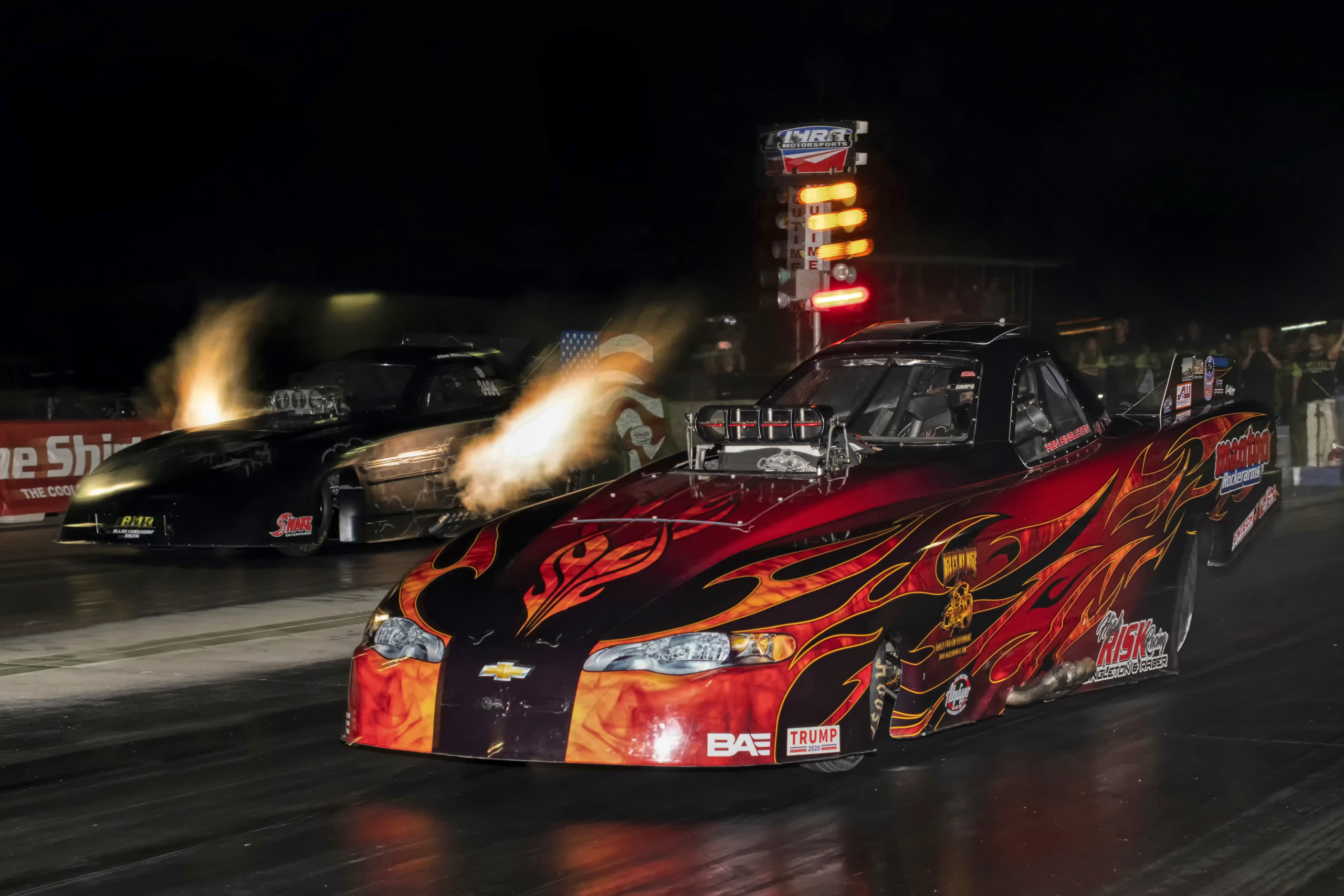 New to the tour is a summer stop in May at Eddyville Raceway Park in Iowa and two dates at Dallas-Fort Worth’s premier eighth-mile facility, Xtreme Raceway Park in Ferris, Texas, where an April date is set and the 2020 Championship Finals will be held in October.

The two-day Funny Car Chaos events feature Friday night qualifying under the lights and thrilling elimination rounds on Saturday with the quickest 16 cars earning a spot in the ‘A’ and ‘B’ fields of competition. A series record 29 cars from coast to coast battled for a spot in the final race of 2019 in Texas.

The 2020 season will mark the second year for the Funny Car Chaos World Championship points battle, which was won by inaugural champion Ken Singleton of Oklahoma in 2019. Singleton will have plenty of stiff competition as Funny Car teams from across the country prepare for more fun at the drags with this grassroots series.

“We are very excited about the upcoming season and look forward to another great year of racing with this spectacular group of teams who have made Funny Car Chaos so special,” said Chris Graves, series founder. “It is a blessing to have such strong support from these teams, but also the fans, track owners and marketing partners that share the excitement and vision of the series.”

“Crowning our World Champion Ken Singleton this year gave me goosebumps,” Graves continued. “This is the real deal and it’s very entertaining racing for everyone involved. It’s all about having fun with your friends and family and enjoying the sport of drag racing. I’d like to thank all the racers who believe in what we are doing and to John Hale with Best of Texas BBQ Sauce, Randy Ranew with Red Line Shirt Club and our many other marketing partners for making our inaugural championship season a reality. We can’t wait to kick off the new 2020 tour in March.”

The 2019 tour welcomed a whopping 51 drivers who competed in the seven-race campaign. Rumors in the pits indicate many new teams are eager to join the action next year. Prioritizing companionship amongst its racers and the undeniable entertainment value of tire smokin’ and header flamin’ side-by-side flip-top Funny Car action makes this an attractive show for drag racing fans.

The open concept, which allows any Funny Car team to participate, regardless of engine combination or body style, creates a rewarding racing venue for racers who can build their cars to their liking and competitively compete in this unique format.

Mark your calendars and join us for the CHAOS at a drag strip near you. Find out more at www.funnycarchaos.com. 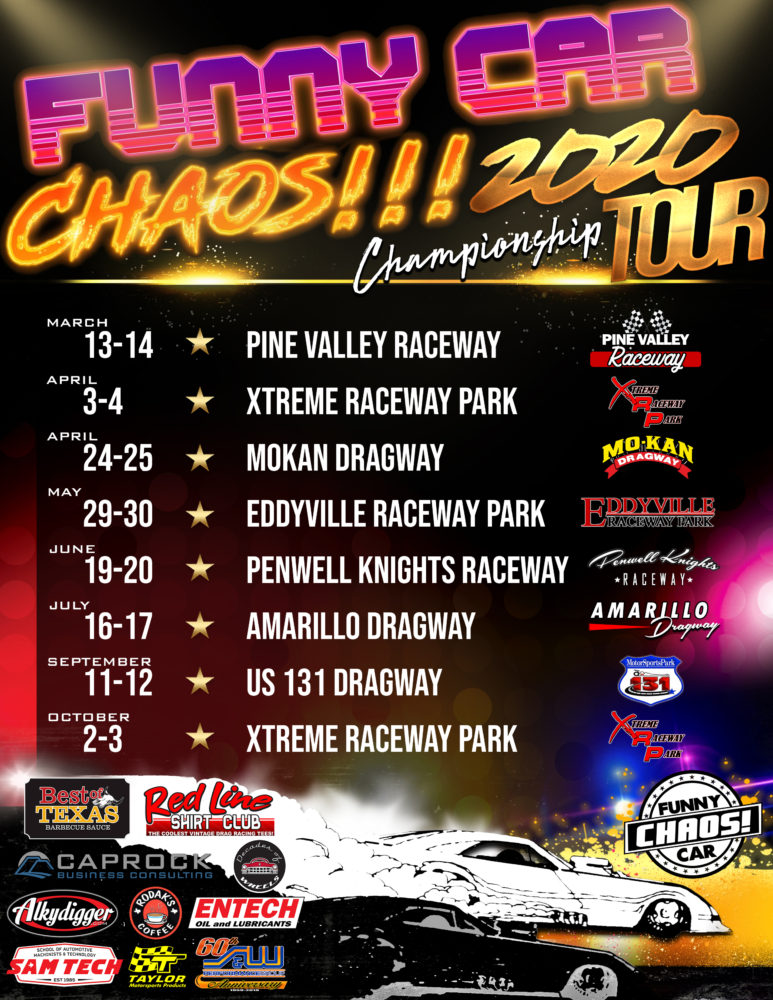