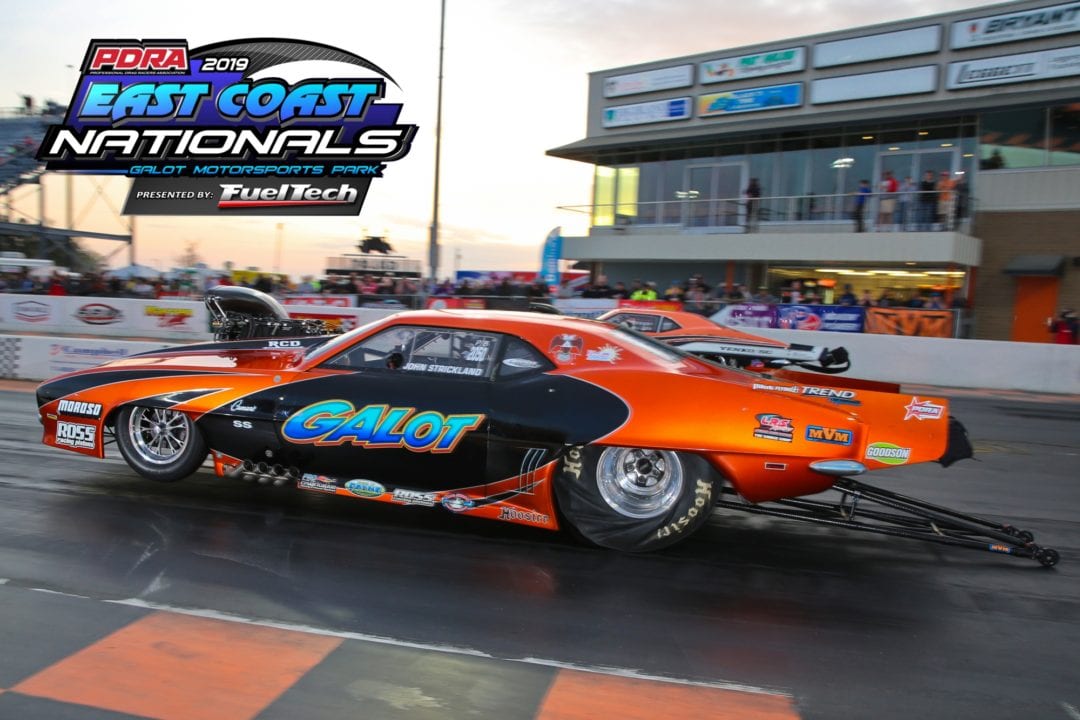 Professional Drag Racers Association (PDRA) officials announced today that FuelTech will be the presenting sponsor of the first race of the series’ sixth season. The 2019 PDRA East Coast Nationals presented by FuelTech will take place April 4-6 at GALOT Motorsports Park in Benson, N.C.

“We are extremely excited to have a new partnership with a new sponsor for 2019,” said Tyler Crossnoe, race director, PDRA. “One of our goals for 2019 is to bring new faces and names to the PDRA and by offering a new event presenting partnership, we have opened the door to new partners like FuelTech.”

FuelTech has been an industry leader and a go-to company for drivers in classes across drag racing. Celebrating its 16th year on an international scale, FuelTech USA started in 2015 and has already shown impressive growth, offering innovative products that have been praised for their painless installation. The FT series ECU’s built-in interface allows the user to have full control of the engine without the use of a PC, allowing for extreme convenience.

“FuelTech has done a great job of promoting their products across a number of markets in the past few years,” Crossnoe said, “and we are proud to announce they are furthering their Pro Modified branding by signing on with the PDRA series.”

“The season opener at GALOT has always been one of the best events of the year for the PDRA,” Crossnoe said. “We hope to continue this trend in 2019 with the FuelTech partnership.”