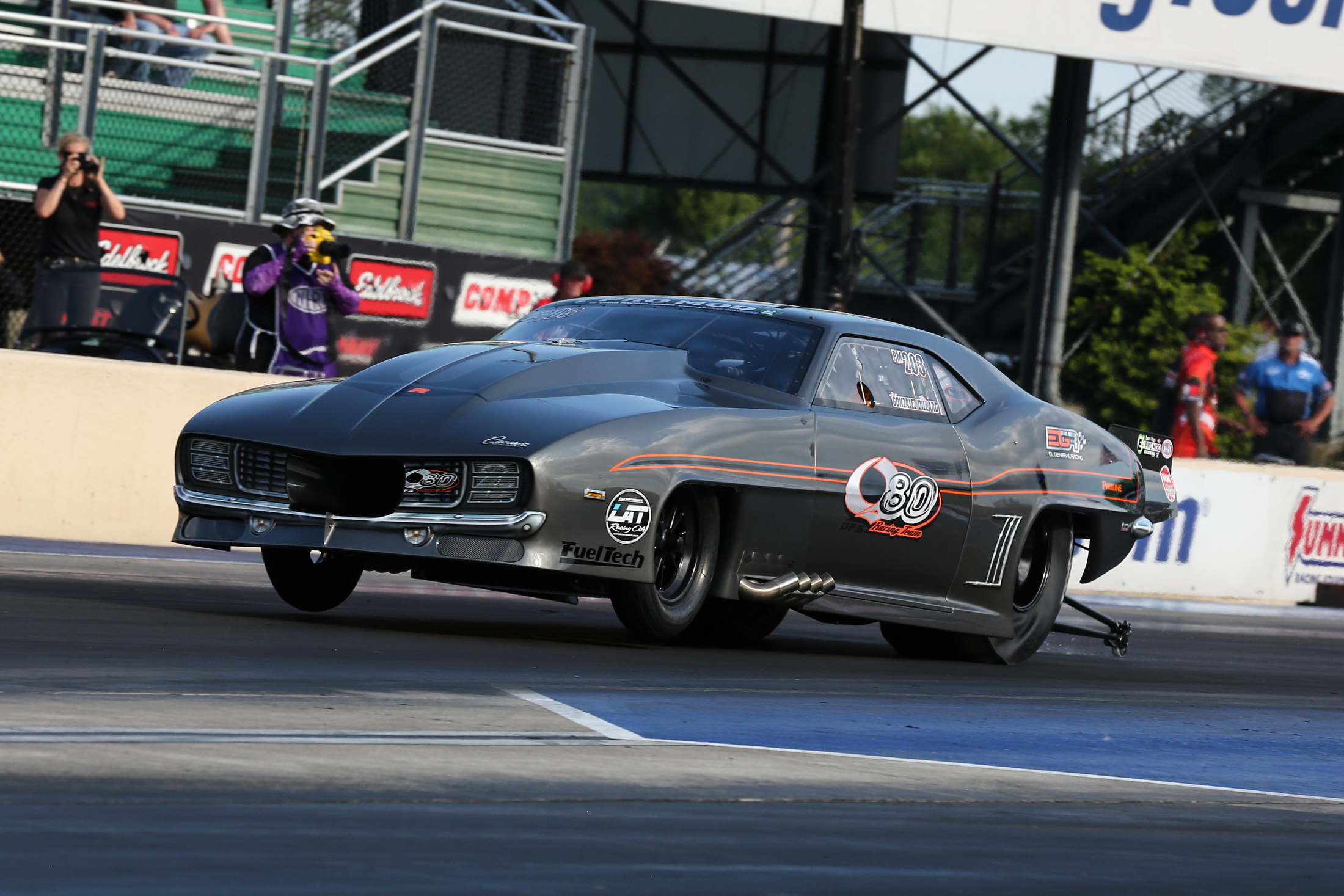 But the star driver hopes to change that this weekend as part of the NHRA Virginia Nationals at Virginia Motorsports Park, where Gonzalez will aim to pick up his first victory of his championship defense season in his ProCharger-powered Q80 Camaro. Gonzalez and his team, led by star tuner Steve Petty, have been a step shy thus far, but Gonzalez is confident his team is on the verge of a breakout performance.

“Hopefully we can have some better luck in Virginia, which is truly one of my favorite tracks,” Gonzalez said. “It’s a great facility and we’re going to try to get our confidence back. We had a very good car in Gainesville, but we had some bad luck (in the semifinals) and in Charlotte we had a good car, but it was my fault. We still ran well, but I just hope we have a little better luck because Steve has given me a good car. He’s always on top of his game and we’re going to try to do everything the best we can.”

This weekend’s race, which is the third of 10 events during the 2022 season in the FuelTech NHRA Pro Mod Drag Racing Series presented by D-Wagon, is powered by LAT Racing Oils. It’s also a longtime partner for Gonzalez, as well as former world champ Khalid AlBalooshi.

In fact, it’s been the product of choice for Gonzalez for more than a decade, helping him become one of the most accomplished stars in the Pro Mod world. He praised the consistency of LAT Racing Oils, allowing Gonzalez to put up incredible numbers on the track. For 15 years, the company has taken pride in its ability to increase horsepower, reliability and longevity using advanced lubrication technology to power the impressive cars in the NHRA Pro Mod category.

“We are proud to sponsor the NHRA Pro Mod class at Virginia,” LAT Racing Oils’ Danny Vaca said. “As a leader in performance lubricants we can support many Pro Mod teams with high-performance racing oils designed to help power these engines to the winner’s circle. We are looking forward to seeing first-hand how our lubricants perform at this race.”

If Gonzalez has his way, it will be a big weekend for the reigning world champ, but he’ll have to get through a standout array of drivers, starting with points leader Kris Thorne, who has swept the first two races. It’s been the first two wins of his NHRA Pro Mod career, but he’s been unstoppable thus far.

Gonzalez knows all about dominant performances, winning three straight races and four of five events during his spectacular championship stretch a year ago. Gonzalez will try to keep Thorne from replicating that hot streak, but he’ll also have to get past the likes of Stevie “Fast” Jackson, multi-time world champ Rickie Smith, Lyle Barnett, who is second in points, Sidnei Frigo and J.R. Gray to pick up his first win in 2022.

“I’ll be honest, it’s still a wide-open series,” said Gonzalez, who won five races last year and has seven victories in his NHRA Pro Mod career. “With how tight it is in this class, anything can turn around in one race. If you win one race, it can be totally different. It’s still early, but we definitely want to pick it up right now. We’ll do our best in Virginia and hopefully we can get to the final and if we could win, we would be back on the right track. I’m just lucky to have somebody like Steve tuning behind me. He’s given me a good car. We haven’t demonstrated our full potential yet, but we’re definitely a car that nobody can take lightly.”

FuelTech NHRA Pro Mod Drag Racing Series presented by D-Wagon qualifying will feature one round at 6:30 p.m. ET on Friday, May 13 and the final two rounds of qualifying on Saturday, May 14 at 12:15 and 3:15 p.m. Final eliminations for Pro Mod are scheduled for 1:15 p.m. ET on Sunday, May 15.

To purchase tickets to the 2022 Virginia NHRA Nationals, fans can visit NHRA.com/tickets or RaceVMP.com. Children 12 and under are free in general admission with the purchase of an adult ticket. For more information about NHRA, visit www.nhra.com.