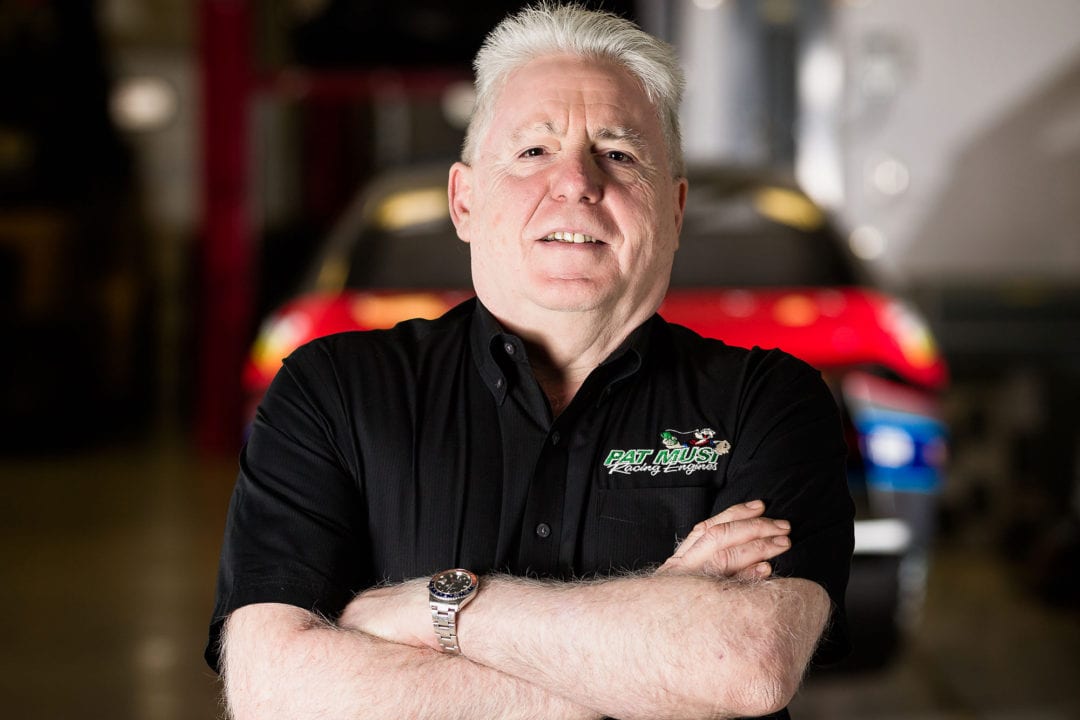 Musi Racing Engines has been around for decades, but Pat Musi openly admits that his business didn’t get the attention it needed until the last few years. When he stepped out of the car to focus solely on building engines, the results showed.

Out of high school, Musi opened a speed shop near his New Jersey home. He built all his own engines throughout his driving career and garnered invaluable experience as a driver along with R&D from thousands of runs. All of that came together, culminating in the business now run by his daughter, Lizzy. A host of event wins, MPH and ET records, and a dominating reign of world championships in NHRA and PDRA is proof that Musi’s hard work is paying off.

“Until we moved to Mooresville I’ve always tried to race my car and work on my business at the same time,” Musi storied “Well, it doesn’t work like that. One of them’s going to suffer. Honestly, the business suffered from it. Once I got out of the seat and we came to North Carolina, things just really took off. On the other side of that coin, I have experience that some of my competitors don’t have, because I did race. I know what it takes. I know what to expect. I raced all those guys. I know what they’re made of. [My experience] has given me a whole different perspective. I’ve been lucky in my life to have won Pro Stock, Pro Mod, and a lot of the Pro Street stuff; we dominated for eight years over there. 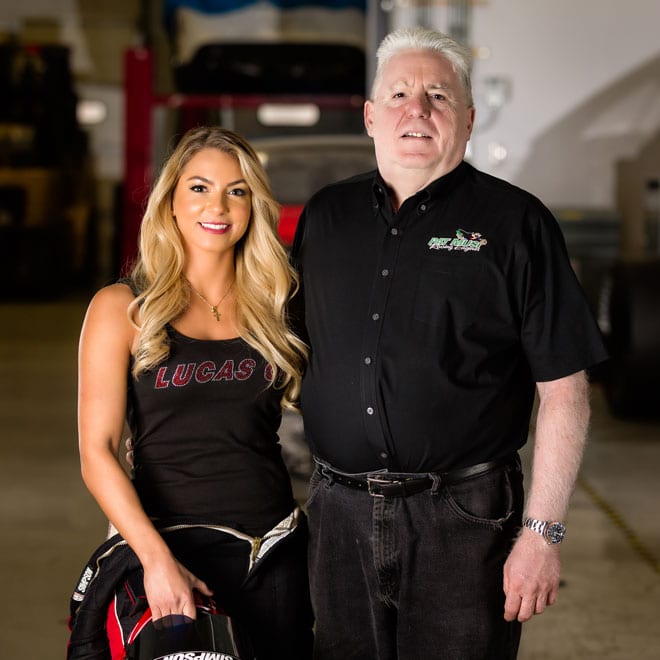 Pat Musi with his daughter, Lizzy (Photo by Rick Belden)

“We started over in North Carolina. I handed the business over to Lizzy. The goal now is to get it to where I can step aside. I feel like I’ve got 10 or 15 years left, but you never know. So my goal is to get the business to a point where she can run it independent of me. We have a great group of experienced guys that have been with us for years. Now we’re also training younger people and I want them to learn it straight from me to carry this thing on the way I would. We’ve got a crew I’d put up against anybody.”

“If I would have concentrated just on my business I would have missed out on all the R&D, how to race,” Musi continued. “There are guys out there that don’t know how to win a race on race day. As a driver, you’ve got to want that win. It takes a lot on race day to pull that win off. It’s not all about just having a fast car. My last big race I won was in NHRA, Norwalk in 2010. We were the first EFI car to win in NHRA Pro Mod. I won on a couple holeshots, which proves it’s just about being able to race on race day. It’s a whole different story.”

An obstacle that Musi and team have had to overcome in recent years has been the naysayers who condemn Musi, implying he saves his best equipment for his daughter, who currently holds both ends of the PDRA Pro Nitrous record.

“I think this year we’ve proven even more so that we give our customers the same stuff. They’ve run as much mile an hour as we have. They’re right there with us. Look at John Camp at the last race- .70 at 205. It’s all the same stuff, but at the end of the day, I can’t give away our four-link setup, our tune up for the car on race day, and how to drive. It wouldn’t be fair to people who help us in those areas. I give my customers the best engine and you see how everybody’s running.”

With a talented young team in place and a success rate that keeps growing, Musi Racing Engines is set to be a force in racing for years to come.