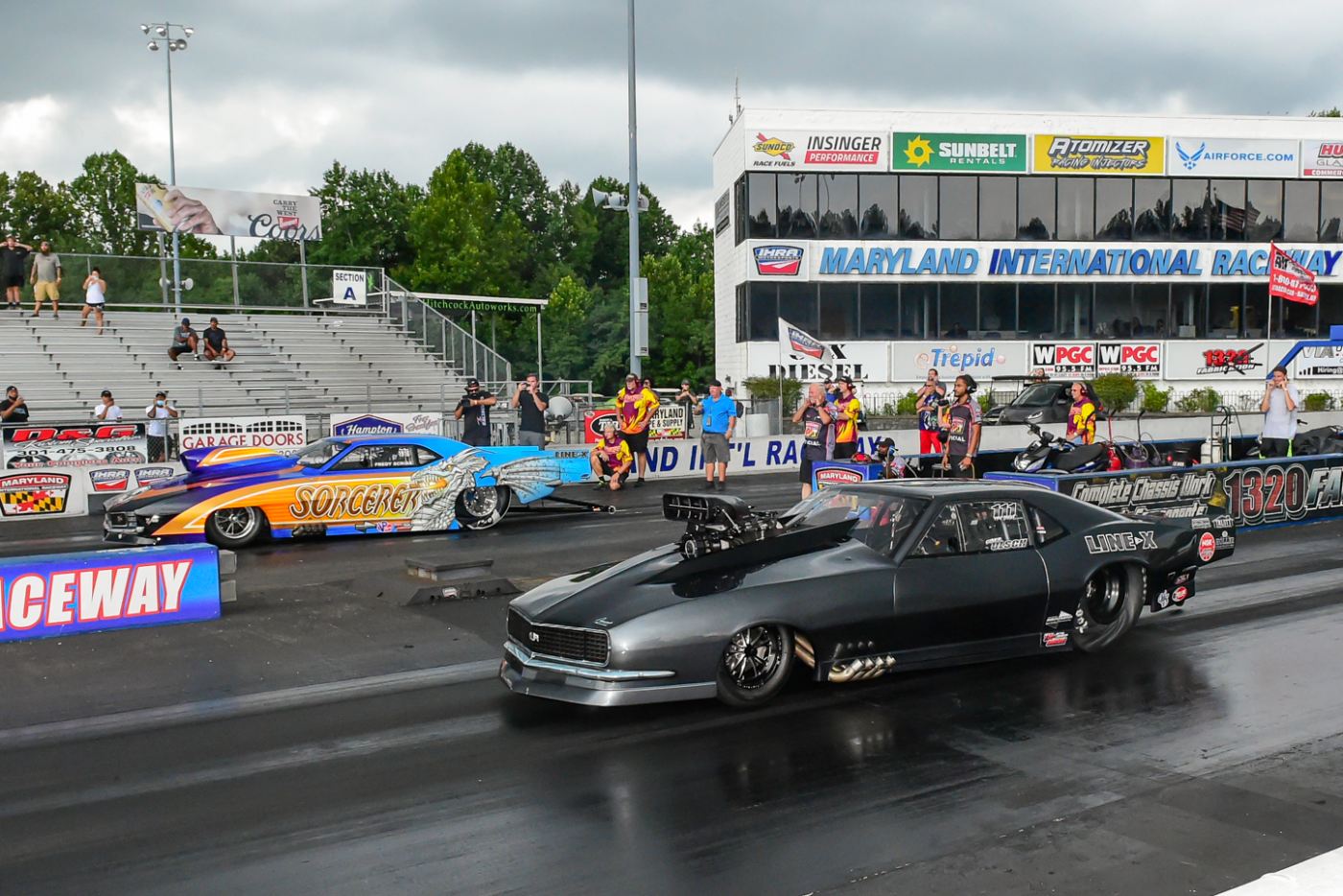 No. 1 qualifier Fredy Scriba completed a clean sweep at the Northeast Outlaw Pro Mod Association (NEOPMA) race at Maryland International Raceway’s Pro Challenge, as he went on to win the event in his nitrous-assisted “Sorcerer” ’69 Camaro. He defeated Chuck Ulsch and his supercharged Line-X ’68 Camaro in the final round, which was decided by just two thousandths of a second. It was Scriba’s second consecutive NEOPMA win at MDIR.

“This win means a lot,” Scriba said. “We’ve worked real hard this year. We’ve had a lot of close races. We lost in the finals at PDRA [in Virginia in July], but it means a lot to come back here and win one. The crew has been great. The car is ready every single round. We’re making laps. On a hot day like this, just getting down [the track] is the most important thing.”

“The biggest thing is you’re trying to conserve parts,” Scriba said of his progressively quicker performance. “You don’t want to go out there and wear out your parts every single lap. You’re trying to race the track, but also get progressively faster every lap as the guy who’s running next to you is getting faster and faster every lap. You’re running faster and faster people every round. You have to step it up every lap – even if it’s getting hotter – to match their performance.” 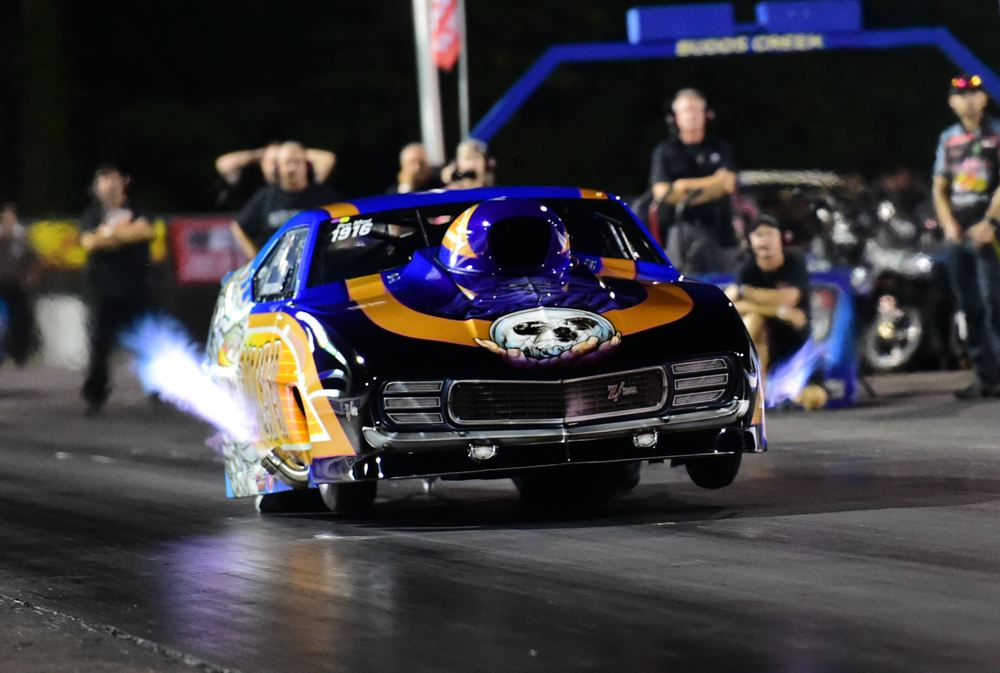 Scriba saved his best run of the day for the final round against Ulsch. With thunderstorms approaching the track, the two Maryland drivers put on a tight race. Ulsch grabbed a starting-line advantage, but Scriba pulled ahead and finished with a 3.733 at 202.91. Ulsch was just .0021 behind him with a 3.757 at 201.07.

“Chuck put up a good battle,” Scriba said. “It was tight. We were next to each other the entire race. I wasn’t even sure who won when we got down to the finish line. It was a really good race. It was definitely worth waiting to put on a show for the fans that were here.”

Ulsch raced his way to the final round after qualifying No. 3. He used a 3.761 at 199.88 to beat Gary Hood’s 4.471 in the opening round, then won the second round when opponent Steve King crossed the center line near the eighth-mile mark. In his semifinal race with Pro Mod rookie Cody Helger, Ulsch dropped a valve and slowed to a 4.03 at 147.75, but it was enough to defeat Helger’s 4.459. Ulsch’s team rushed to replace a cylinder head and make other repairs before making their best pass of race day in the final round.

With his win, Scriba took over the points lead from Decker. There are just three races left in the 2021 NEOPMA season, but Scriba isn’t thinking about the championship chase just yet.

“We don’t necessarily focus too much on the championship,” said Scriba, who thanked his crew: Steve, Steven, and Doug; parents Fred and Anne; and his wife, Shannon. “We focus on every race. It’s hard to chase a championship. All of us work, so we can’t make it to every single race. To us, winning the race is the most important thing. If we win the championship along with it, that’s great too. Winning today means a lot.”

The next race for the Northeast Outlaw Pro Mod Association is at Cecil County Dragway for the Yellowbullet Nationals, Sept. 3-5.