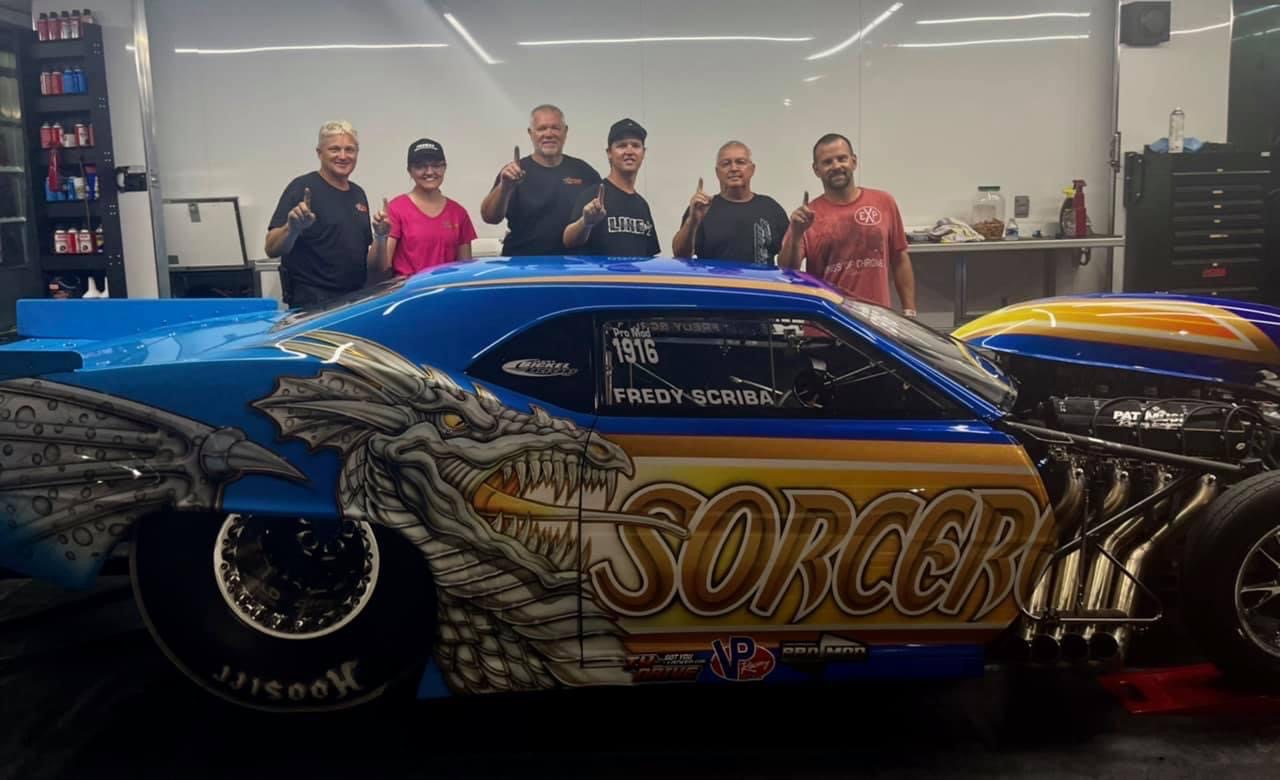 Maryland’s own Fredy Scriba jumped to the top of the qualifying order Saturday night at the Northeast Outlaw Pro Mod Association (NEOPMA) Pro Challenge at Maryland International Raceway. Scriba recorded a 3.695-second pass at 203.12 mph in his nitrous-fed “Sorcerer” ’69 Camaro in the final qualifying session to lead the field.

“That was a good run,” said Scriba, who won the 2021 NEOPMA season opener at MDIR. “The air was kind of muggy tonight, so that’s probably the best we had in it right there. The track was good, not the best we’ve seen. But you have to race the track. I thought it was a good run for the air and what the track would hold right now.”

With the No. 1 qualifying effort, Scriba earned a first-round bye run to start eliminations on Sunday. He’ll take on the winner of the No. 8 and 9 match-up between Mike Decker Jr. and Kevin McCurdy, who both ran 3.777 in qualifying.

“It’s going to be pretty hot tomorrow, so it will be good to have a bye and go out and test the track out and try something that may or may not go down,” Scriba said. “That way we’ll know where the limit is for second round. Having a bye is definitely an advantage.”

“Dean’s been helping us out a lot, getting us converted over to the automatic with the torque converter,” Scriba said. “It’s helped switching over to the converter from a clutch, and he’s definitely been key to helping us get this car straightened out.”