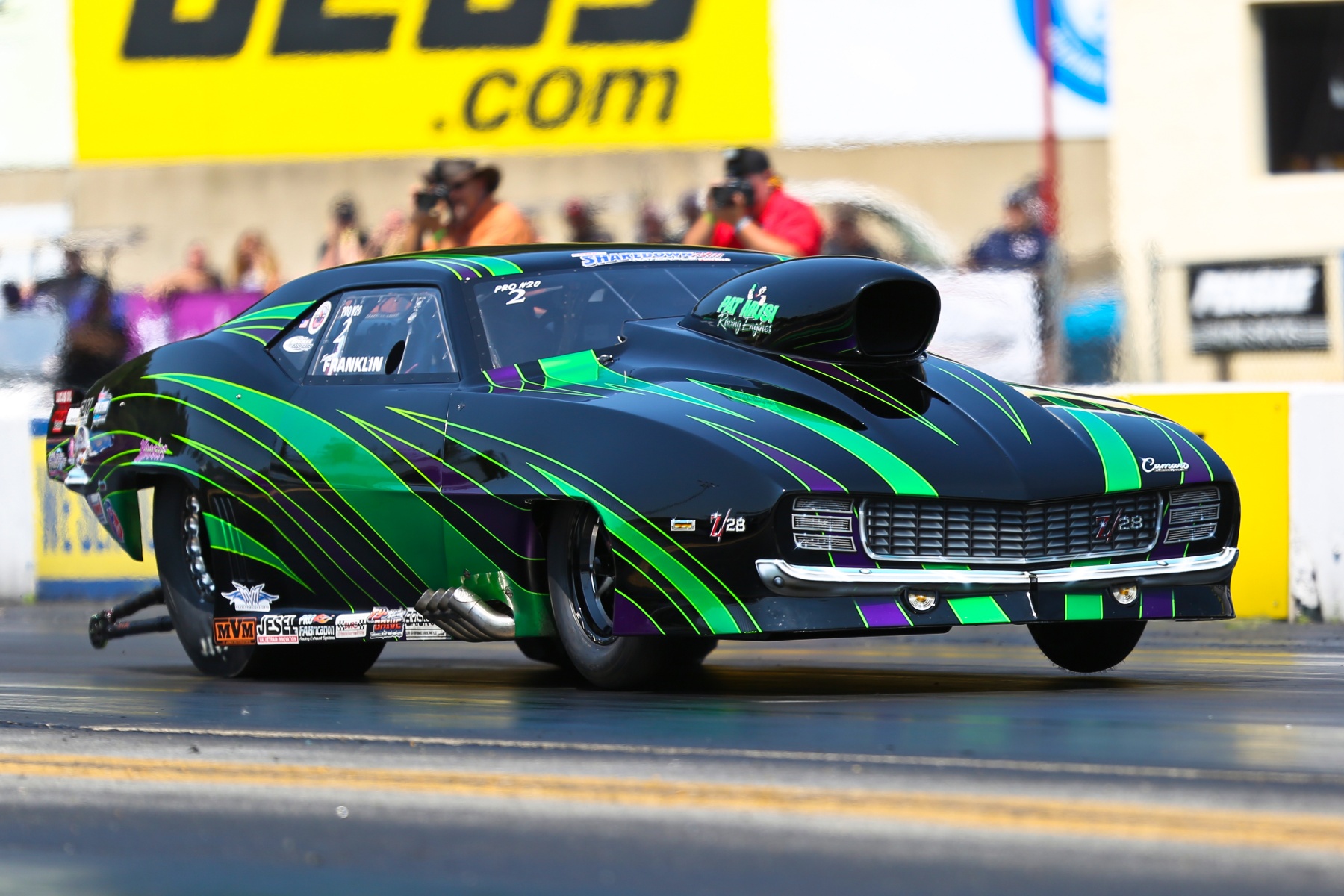 Tommy Franklin did what no one else has been able to do this season: out-qualify Jim Halsey in Pro Nitrous. Franklin steered his Musi-powered “Jungle Rat” ’69 Camaro to a 3.752 at 202.58 to qualify No. 1 for the first time in just over a year.

“The racetrack is hot as can be,” said Franklin, the 2016 and 2017 world champion. “They’ve done a great job on track prep, but it’s hot as can be. It’s no secret that we’ve been struggling, so to go out there and make a good run and put it up front feels good. It’s good for the team and everybody involved. Pat Musi Racing Engines has been there for us the whole time. I’m really happy with it.” 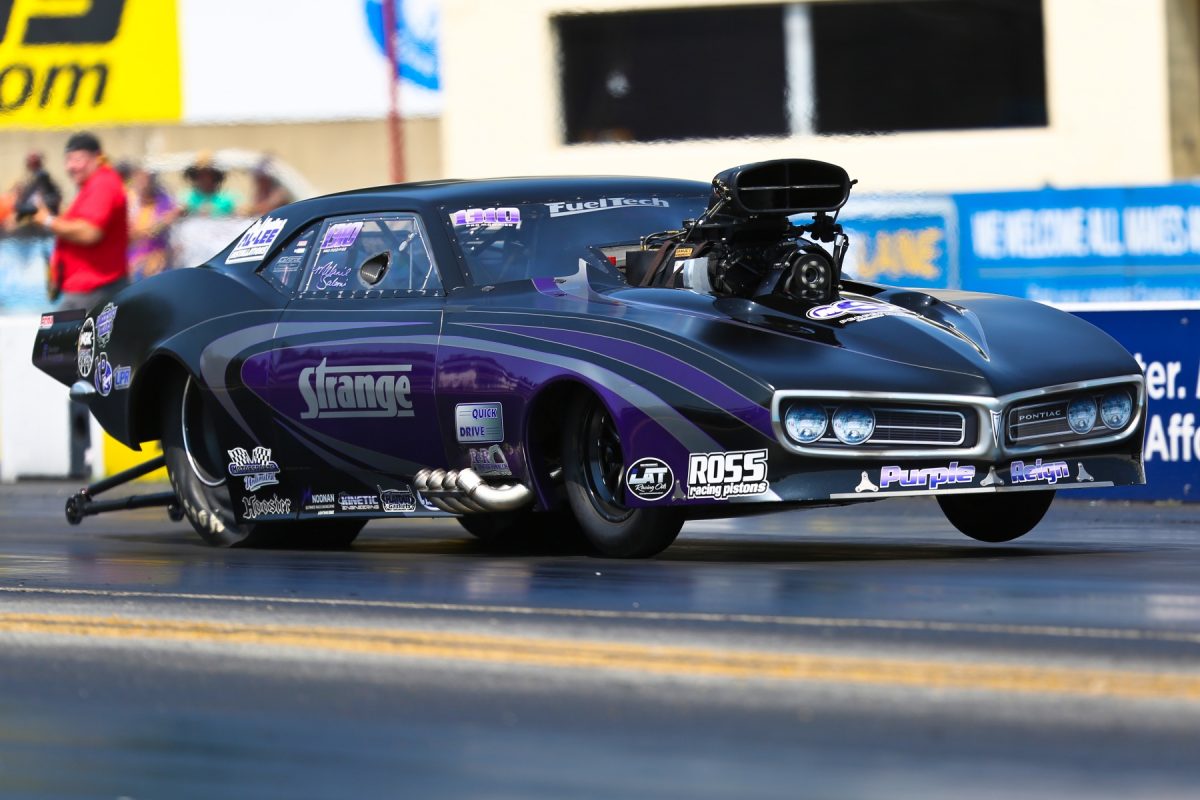 Longtime Pro Boost driver Melanie Salemi came into the Northern Nationals with her time-tested, roots-blown “Purple Reign” ’68 Firebird after driving Eddie Whelen’s screw-blown “Side Piece” ’19 Camaro at the first five races of the season. The move back to the Salemi team’s more familiar roots-blown combination paid off, as the Buffalo, New York-based driver ran a 3.731 at 200.23 to take the No. 1 spot.

“This is a testament to all of our hard work,” Salemi said. “Not only at the racetrack, but everybody at the shop. They’re all willing to step up and help us with this car. We’ve been working extensively on our engines. We’ve been keeping [engine builder] Mike Stawicki pretty busy. He’s a part of this team, though he’s not at the racetrack with us all the time. Thanks to the crew: Jon, Jim, Evan, Katy, Eddie. It’s kind of a relief to be able to come out and do well, especially after struggling so much for the first five races. I’ve lost first round at the first five races. Though we haven’t run first round yet, it’s nice knowing that we’re going into eliminations as the No. 1 car.”

Two-time world champion Kevin Rivenbark qualified second in his ProCharger-boosted GALOT Motorsports ’69 Camaro on the strength of a 3.737 at 202.61. Former Pro Nitrous driver Randy Weatherford is third with a 3.751 at 204.14 in his ProCharger-fed WS Construction ’17 Camaro. 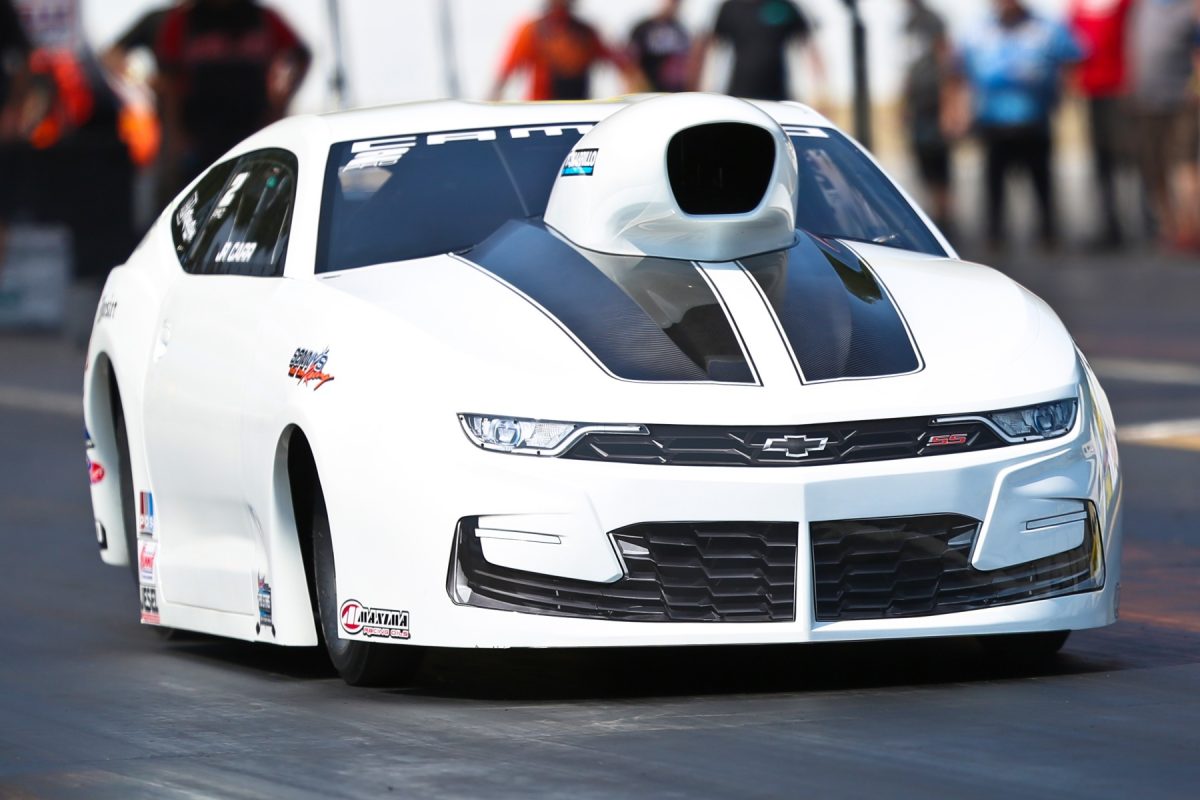 For the sixth race in a row, JR Carr took his Frank Gugliotta-tuned ’20 Camaro to the No. 1 spot in Extreme Pro Stock. After missing the tuneup on the first qualifying run, Carr and company came back for Q2 and recorded a 4.112 at 176.60 to get ahead of a trio of drivers who ran 4.14s.

“I’m totally relieved,” said Carr, “because we didn’t get down the first run. I wasn’t worried about the No. 1 spot, but we like to make nice runs. We didn’t do that on Q1. Didn’t have the right setup, and that’s OK. It doesn’t happen very often, but we are trying some new stuff. Some of it worked, some of it didn’t. We had to go back on some of it, and it worked great. It was a nice, really clean run. Hat’s off to the same people that keep helping me do this – the crew, RJ Race Cars, CP Carrillo, Maxima Oil. They’re with us all the way even when we struggle. We’re pretty happy right now.” 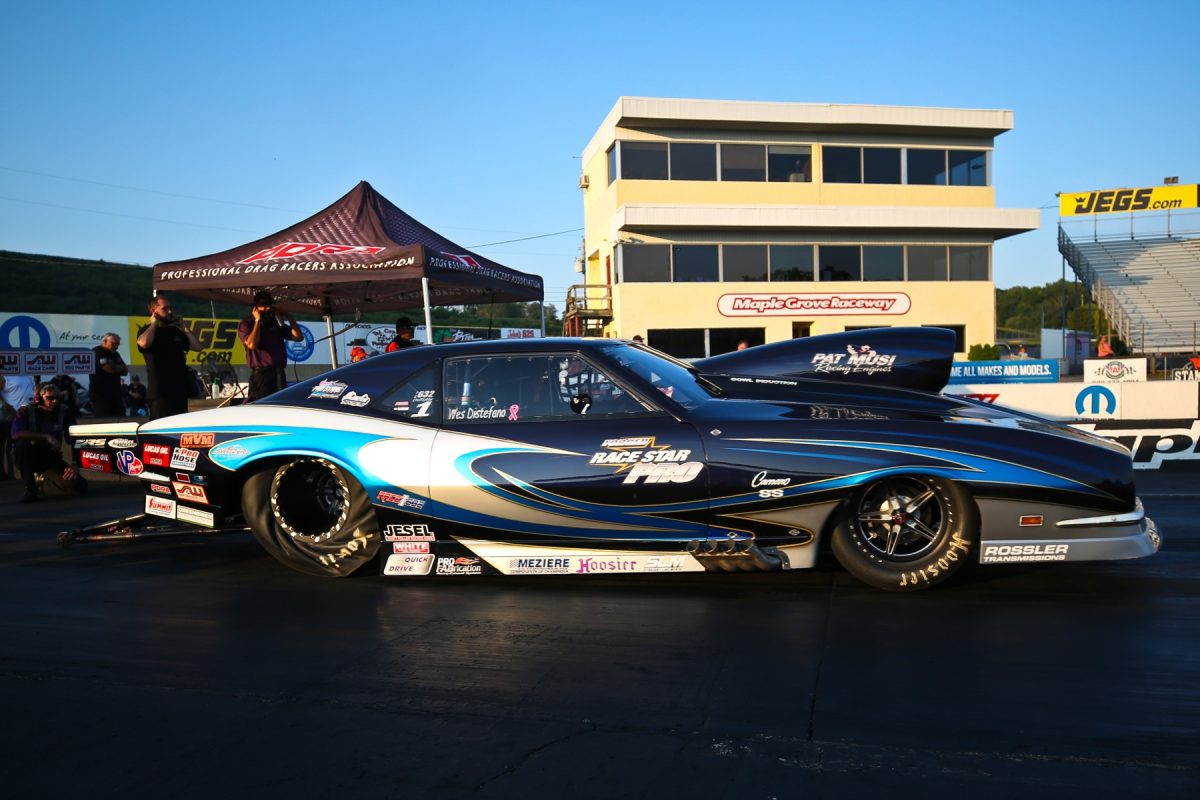 Pro Outlaw 632 was the only class that didn’t get a second qualifying session. The teams were sent back to the pits when the rain storm was just minutes away. The class will get a final qualifying session Saturday morning.

Defending world champion and points leader Wes Distefano was the quickest driver in the first session with a 4.274 at 169.72 in his Musi-powered $hameless Racing ’68 Camaro. Two-time winner Daryl Stewart is qualified second by just a few thousandths with his 4.279 at 167.49 in his HRE-powered Chassis Engineering ’12 Camaro. Two-time world champion Dillon Voss ran a 4.281 at 167.86 to qualify third in his Voss-powered Vigilante Associates ’17 Corvette. 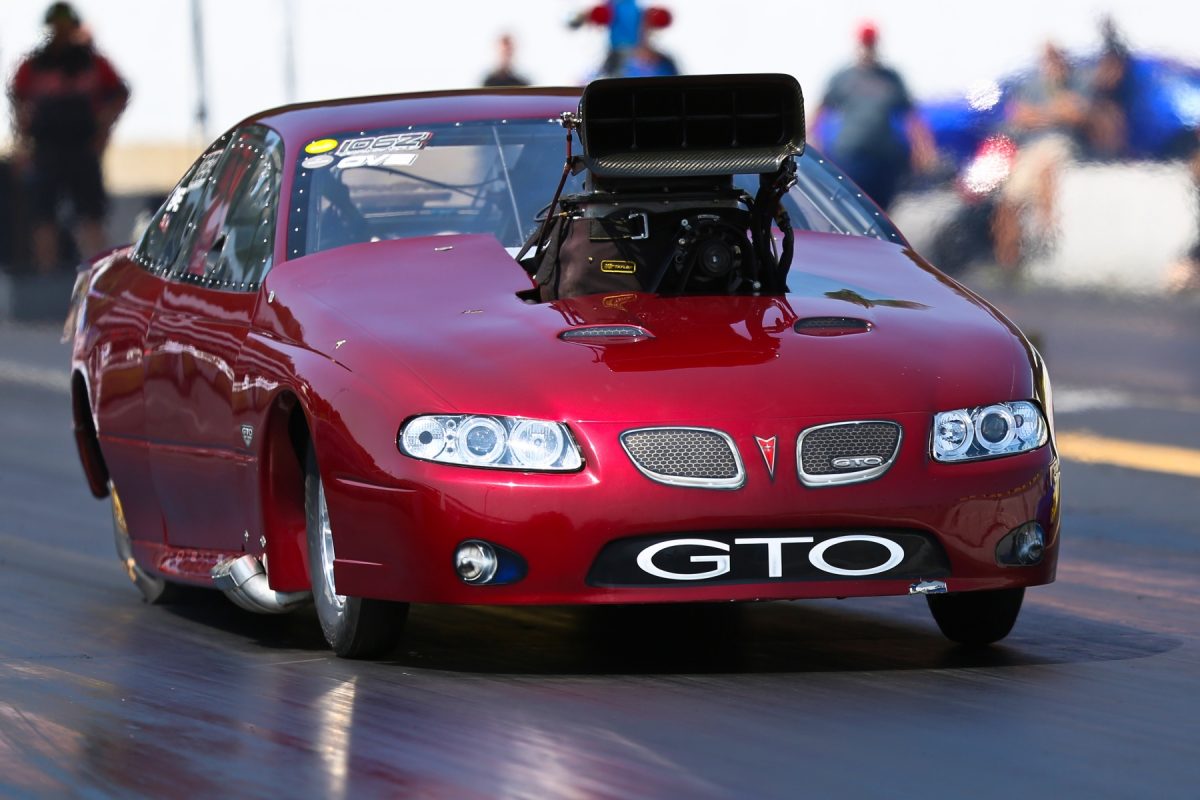 Young gun Nick Schroeder has dealt with a handful of on-track issues this season in his supercharged ’06 GTO, but his hard work was rewarded Friday when he qualified No. 1 in Pro Street with a 4.135 at 186.54

“It feels pretty good, especially after struggling all year,” Schroeder said. “I’m trying to chase Tim [Essick]. I feel like he’s the best person here. He has a lot more data than all of us combined. It feels pretty good to end up No. 1. We’ll try to race consistently and go as fast as we need to go.”

Top Dragster 32 low qualifier Dickie Smith was just a few thousandths of a second away from the 16-car Elite field with his 4.300 at 165.01 pass.