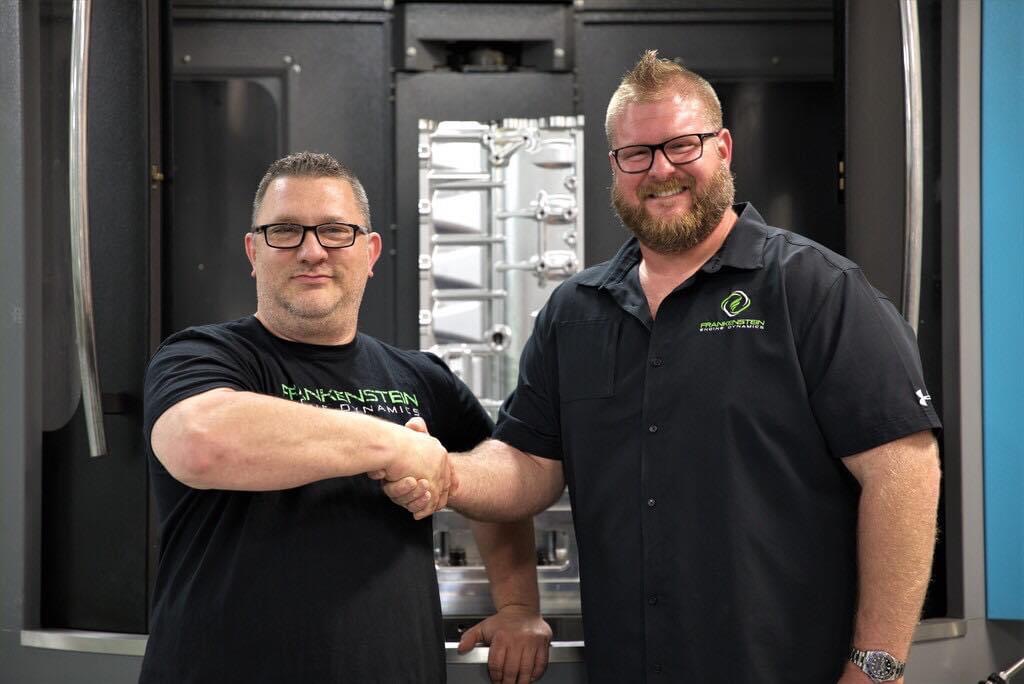 Frankenstein Engine Dynamics has some exciting news to share with the racing industry.

FED and Magnatron’s Cary Chouinard have joined forces with the goal of becoming the go-to company for aftermarket cylinder heads and intake manifolds. Chris Frank, owner of FED, has always dreamed of putting together a team of the most talented minds in the racing industry at the Weatherford, Texas-based company.

“Having Cary join the group is a dream come true,” Frank said. “FED has collaborated with Cary in the past on various projects but having him on the FED team is going to be a creativity and innovation game-changer.”

Chouinard is the mastermind behind early developments of “LS” aftermarket induction components. Chouinard and his team at ET Performance released their first 11-degree cylinder head for small-bore LS engines in 2001, followed by the ETP LS7 in 2005, making ETP the first to put an aftermarket LS7 cylinder head on the market. Chouinard eventually purchased the rights to the ET Performance line and rebranded it under his own company, Performance Induction Specialties.

In 2008 while Chouinard was operating Performance Induction Specialties he developed and built the first cast 2-piece four-barrel manifold for the LS engine platform. The very next year he released the “Mozez” race casting in 2009, which is still a popular item 11 years later. Additional accomplishments Chouinard has on his resume include design of several small-block and big-block Ford induction components for Blue Thunder, including the 4.3 small-block race head, the “Thor” big-block cylinder head, FE medium and high riser and manifolds as well.

In 2010 Performance Induction Specialties was sold to Mast Motorsports, and the exceptional products that Chouinard designed were re-branded under the Mast line of induction components. While Chouinard was with Mast Motorsports, he led their cylinder head and valvetrain manufacturing department. After six years with Mast Motorsports, Chouinard decided to venture out on his own again and started Magnatron NC Pattern & Mfg., where he jumped into the billet marketplace. Magnatron quickly developed an excellent reputation in the racing industry, known for its billet manifolds, cylinder heads, engine blocks, and foundry tooling.

Frank approached Chouinard several years ago to join the Frankenstein Engine Dynamics team, but Chouinard had just started Magnatron and the timing wasn’t right for the two companies to join forces. Fast forward to 2020 and the stars aligned for the two powerhouses to come together.

“I wanted to fulfill my destiny and help Chris fulfill his destiny and it just made sense to do it together,” Chouinard said.

In addition to offering the quality and precision products that FED and Magnatron are known for separately, customers can expect to see releases of new designs in the cylinder head, intake manifold, and block component realms of aftermarket products.