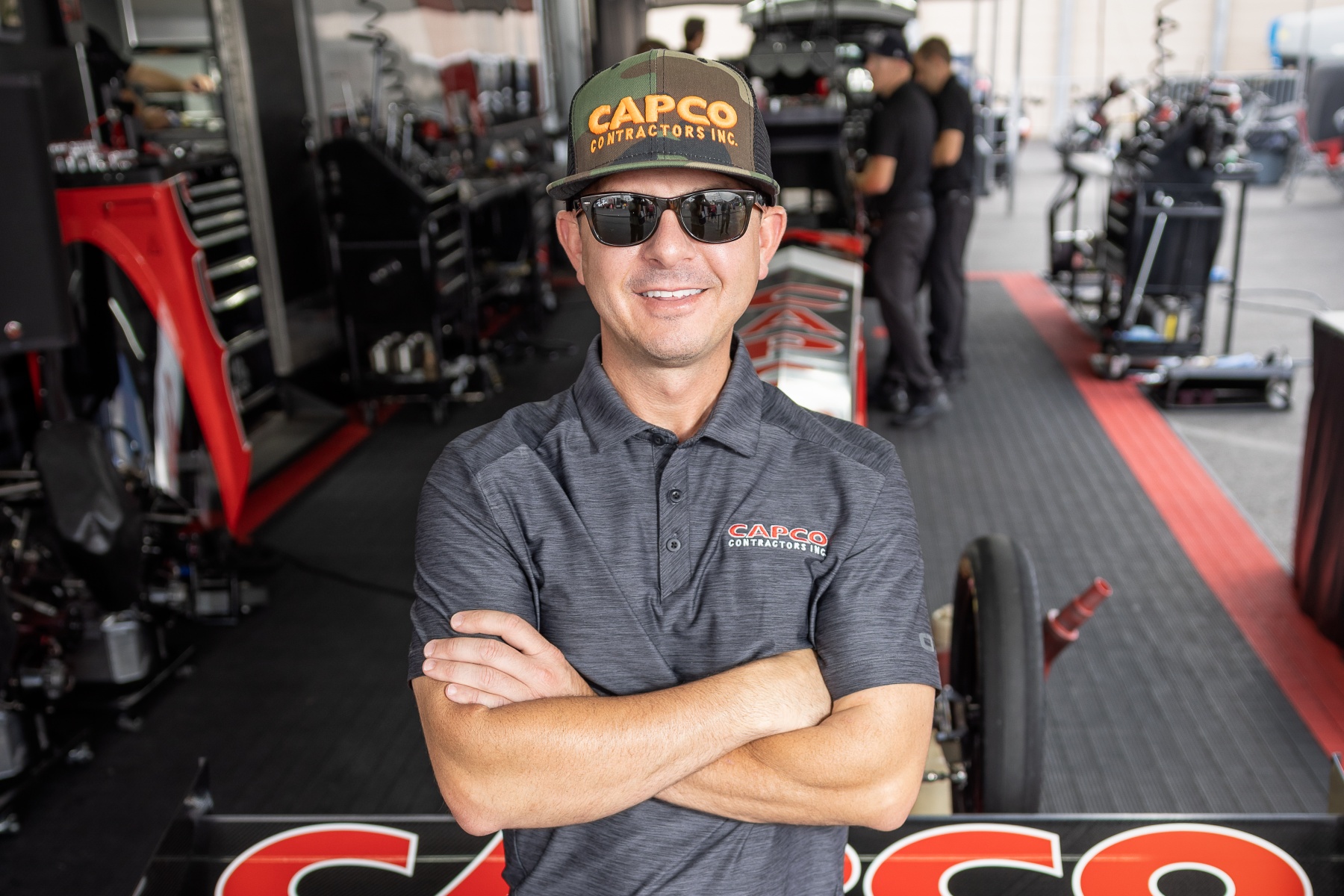 Fresh off of a win at the NHRA Midwest Nationals in St. Louis, four-time NHRA Top Fuel world champion Steve Torrence appears on the cover of Drag Illustrated’s new State of Drag Issue. DI #178, now available online and arriving soon in subscriber mailboxes, is Drag Illustrated’s annual look at the topics and issues involving the sport.

“We couldn’t be prouder to have Steve Torrence on the cover of this special State of Drag issue,” said Wes Buck, founder and editorial director, Drag Illustrated. “Honestly, it feels long overdue. Steve’s accomplishments over the last few years in the sport of drag racing are unparalleled. He’s a fierce competitor and an authentic character, as well as a tremendous ambassador for our sport. He wears his heart on his shirt sleeve, says what he thinks, and continues to walk the walk on the dragstrip.”

Driving his CAPCO Contractors Top Fuel dragster, Torrence has won the last four NHRA Top Fuel world championships. The native Texan picked up his first win of the 2022 season at Brainerd with just one race to go in the regular season, then won in St. Louis last weekend to catapult himself to second in points with three Countdown to the Championship races remaining before a champion is crowned.

“It’s really special to be on the cover of Drag Illustrated,” Torrence said. “DI leads the way as far as publications in our industry and to be on the cover of it is truly an honor. It’s not just a cover. Because Drag Illustrated features every aspect of drag racing, there are so many different stories that can be told. I am blessed and humbled to get to tell the story of Torrence Racing and those bad-to-the-bone CAPCO Boys.”

In the cover story, Torrence discusses his upbringing, his team’s rise to success, the recent uptick in independent teams within the nitro ranks, and his pursuit of a fifth world championship.

“Things are changing in the NHRA nitro classes, and I think it’s safe to say Steve Torrence and the ‘CAPCO Boys’ have been a big part of that change,” said Nate Van Wagnen, editor-in-chief, Drag Illustrated. “They’ve shown that independent teams can be very successful. Steve was very candid in sharing his thoughts on the state of the nitro ranks in our interview, and I think fans will enjoy reading what he had to say.”

Along with the Torrence interview, the State of Drag Issue includes an interview with iconic NHRA team owner Don Schumacher, a roundtable interview with racers who became track owners, a photo feature on Summit Motorsports Park’s Night Under Fire, and much more.

Read the full State of Drag Issue for free at digital.dragillustrated.com.