Marty Robertson’s dream since he was a kid was to race Pro Stock. Now that it’s reality, it’s already better than he possibly could have imagined.

The Fort Worth native is trading in 1/8-mile Radial vs. the World racing for NHRA Pro Stock and he couldn’t be happier. Robertson got licensed with the Elite Motorsports team last week in Bradenton, committing to the full 2020 season in the Curing Kids Cancer Chevrolet Camaro.

“It was really a big move for me and it’s something I’ve wanted to do since I was a kid,” Robertson said. “Business had always been going at such a heavy pace, I couldn’t commit to the Pro Stock deal. Now I’m at a place in my life where I can do it. This last (week) of testing, it’s the most fun I’ve ever had in my life.”

It’s eye-opening talk from a guy who experienced all the thrills and speeds of Radial vs. the World action. As wild and unpredictable as those times were, it’s a different type of excitement he’s found behind the wheel of a Pro Stock Camaro.

“It’s just a rush for me. With 1/8-mile racing, it all happens so fast you don’t even know what happened,” Robertson said. “The difference here, you have to do everything perfectly to achieve what you want to achieve. You have the drive the car correctly and it’s amazing to be challenged like that. It’s the hardest thing I’ve done.” 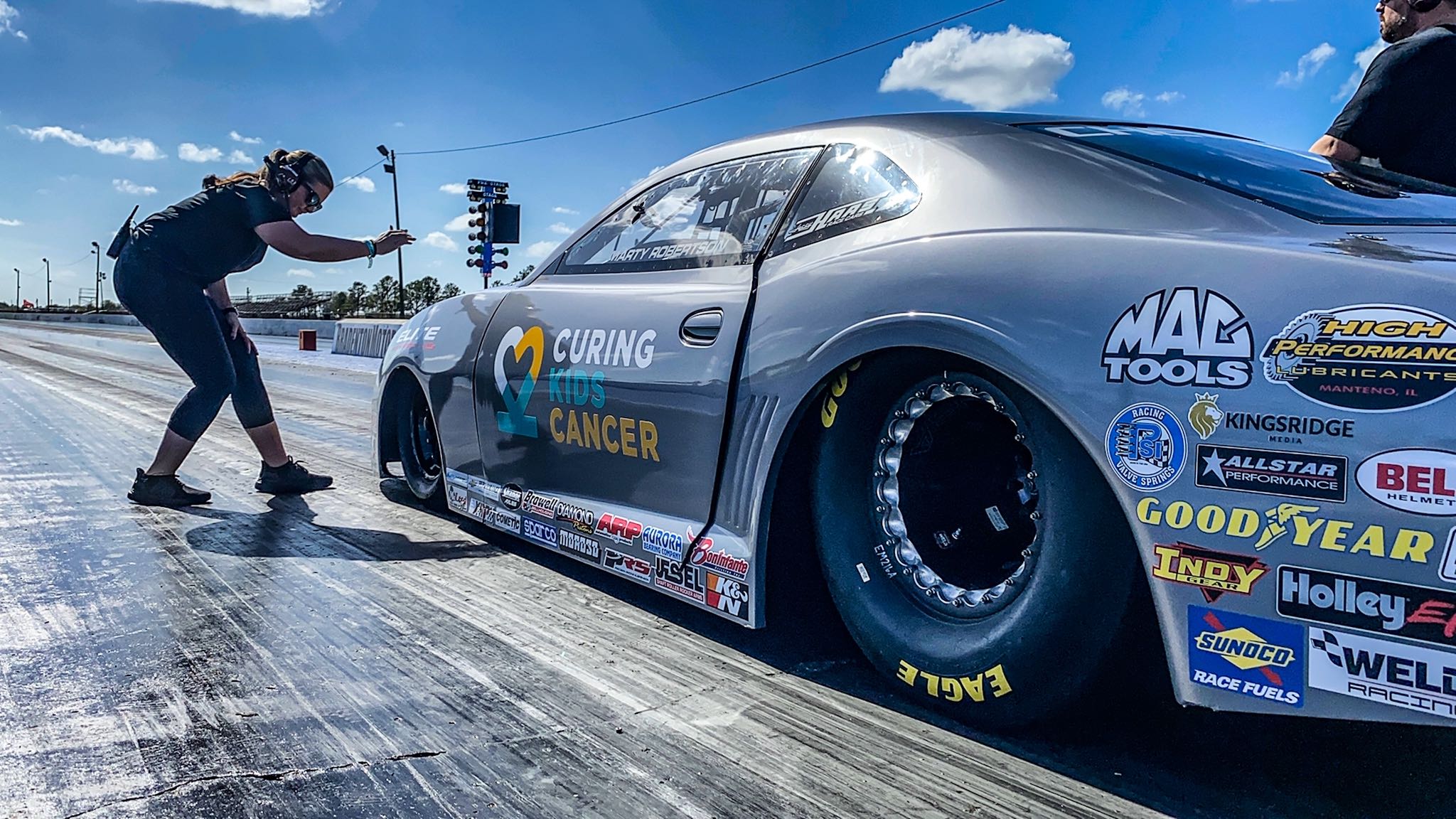 But it could potentially be the most rewarding for Robertson.

He had initially planned to just race a part-time schedule as he got his feet wet in the suddenly resurgent NHRA Pro Stock class, which will be celebrating its 50th anniversary in 2020.

After being around team owner Richard Freeman, working with the likes of Erica Enders and Jeg Coughlin, and the rest of the Elite Motorsports team, plans quickly changed.

Robertson will race all 18 events, starting at the NHRA opener next month in Pomona, and will take part in the upcoming Drag Illustrated World Doorslammer Nationals, which takes place March 6-8 at Orlando Speed World Dragway.

He’ll immediately throw his name into the hat of the $50,000-to-win race, an enticing prospect for a number of reasons.

“I’m excited to drive the car anytime. Thinking about Pro Mod and Pro Stock coming together for that event, and the buzz around it, it’s very exciting,” Robertson said. “The energy and the excitement, along with some pretty incredible purses, the best of the best out there, it’s going to be something.

“I’m still trying to take it all in. Getting to be around the elite of racing, the challenge of it, it’s just going to make me a better racer and person.”

Robertson jumped in the car the second it was out of the trailer last weekend in Bradenton, getting coached by defending Pro Stock world champ Enders throughout the whole process.

By the end of the week, Robertson was closing in on a dozen full passes, making impressive progress in a short time.

Robertson took close to no credit for that achievement, again praising the inner workings of an Elite Motorsports team long regarded for its skills and teamwork.

“Being around a pro environment at this level, it’s just a perfect fit. The energy that comes out of this crew and this team, it’s just so fun to be around,” Robertson said. “Watching all of them work – Rick and Rickie Jones, Richard, Erica, Jeg, Troy Jr. – I just had to pinch myself. It’s such a blessing.”

It made things come together quickly, even while learning to drive a clutch car for the first time. In a matter of days, Enders’ signature was on his license, something Robertson still considers surreal.

“She took me under her wing and chose to mentor me. I don’t think I could have gotten licensed in as short a time if not for her. She’s just an awesome teacher,” Robertson said.

The environment also contributed heavily to Robertson committing to a full season, as well as the World Doorslammer Nationals.

The high-bar goal for 2020 is now qualifying for the Countdown to the Championship and making a good showing in Orlando, but just being able to compete against the star-studded talent as part of high-quality team is motivation enough.

“I started out with the intention to run 10 races, but if I’m going to do this, I’m going to run a full season,” Robertson said. “After being around the team, just the energy and excitement they have, I made my mind up to run the full season.” 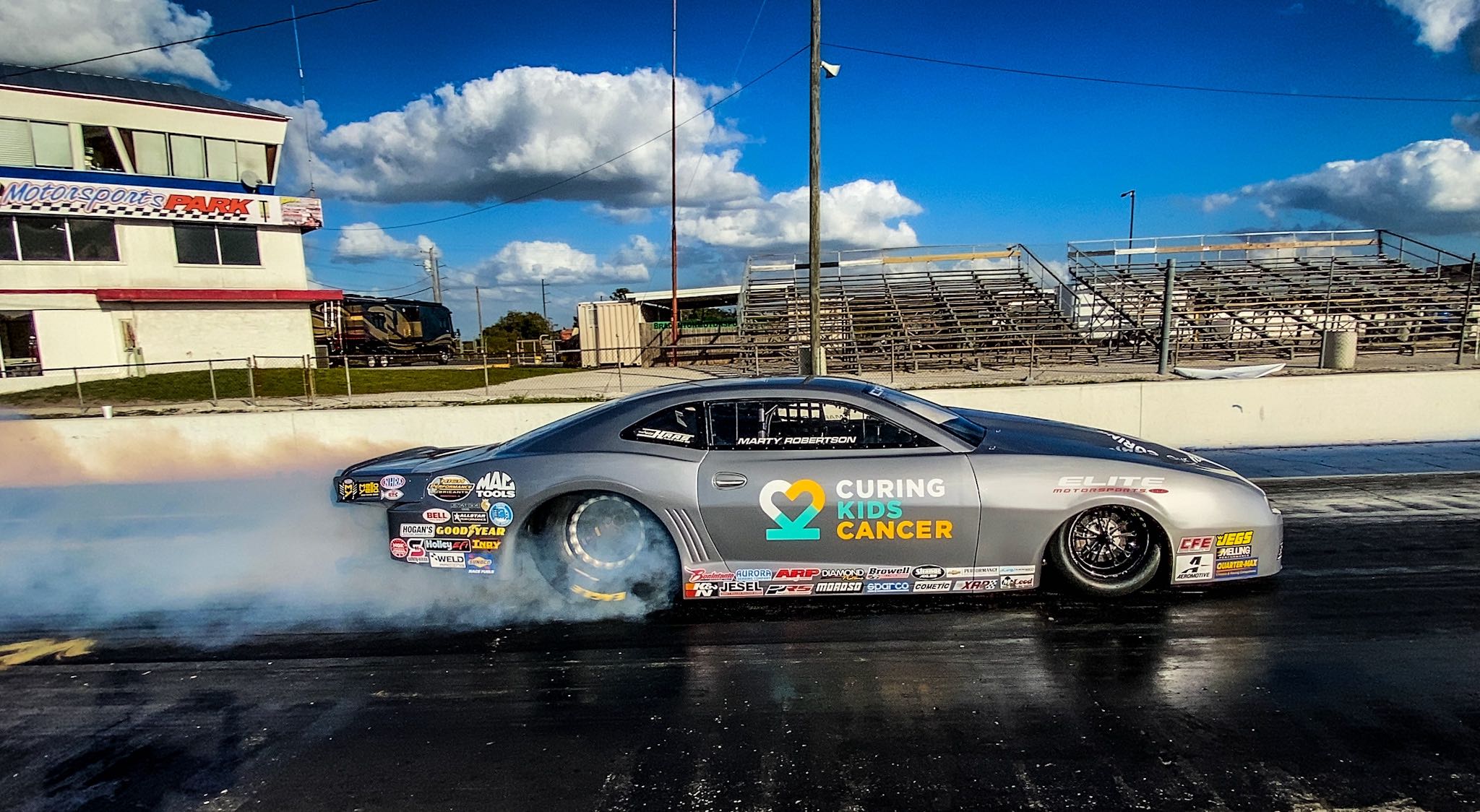