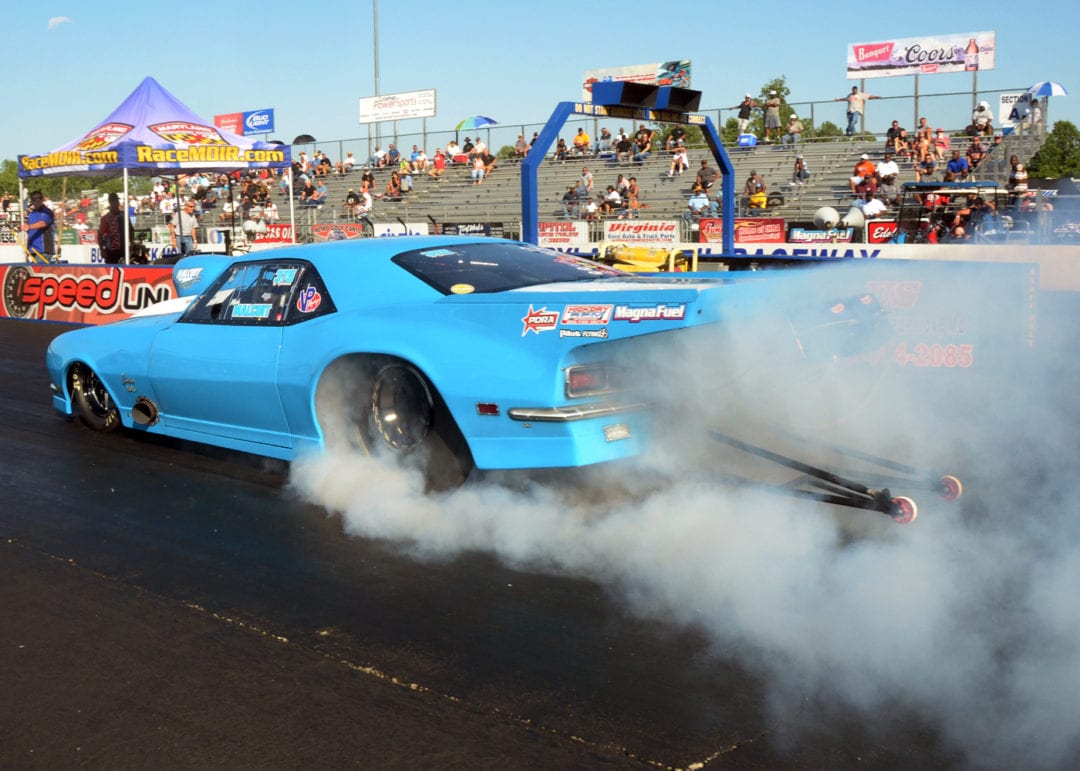 Mark Malcuit made his name in circle track racing. He racked up several championships and carved his mark on the industry. In 1993 he suffered an off-track wreck that left him with a broken neck, effectively ending his circle track career. So nearly 18 years ago he began his career in drag racing. This year, he celebrates his first drag racing championship as the MagnaFuel Top Sportsman 32 World Champion.

This was the first year for PDRA’s pilot Top Sportsman program in which all cars qualify together, and then, if car count provides, the class is split into an Elite 16 and a regular 32 car field for eliminations. The program received incredible support as evidenced by 100 Top Sportsman cars turning out at the World Finals.

Malcuit prefers to run fast and intended to try for the Elite 16. As luck would have it, he continually found himself just outside of the top qualifiers and thus inside the Top Sportsman 32 field.

“Whether I win or I lose, I always try to run fast,” Malcuit explained. “As it worked out, I would always be like number 17. I couldn’t run quite fast enough for the Elite 16. It worked out to my advantage. Part of my luck was that I wasn’t fast enough to make the Elite 16 and then I ended up in 32 and got some byes. Just worked out for me.”

The humble Ohio native was grateful for his lucky draw this year, thankful for the championship even though it wasn’t his best season of racing. It’s a year of accolades for Malcuit, who, just last week, was inducted into the Tri State Circle Track Hall of Fame.

“I started racing go karts when I was 14 years old. I’ve been racing pretty much since then. I went from go karts to super modifieds to super late models. I raced pretty much all over from Florida to Canada to the east coast. I did a lot of that for years. After several years away from the sport, I got involved in drag racing.

“My brother, Brad, builds engines at Malcuit Racing Engines,” Malcuit continued, thanking his brother for the role he plays in both their racing operation and businesses. “We’re also in the excavating business, Red Malcuit Incorporated, the business that my father started in 1949. I run the excavating part of it.”

Malcuit also thanks his track crew, Robin Barkley, John Wise, and Mike Patines, as well as Scott Pasternak and Charles Duncan back at the engine shop.

“I want to thank the PDRA for putting on good races,” he added. “I really enjoy the events and expect the organization to keep growing.”

At 68 years young, Malcuit is proving it’s never too late to make a championship chase and be a successful racer.

“I’m very fortunate to have won this championship. This year I had a lot of luck.”

Malcuit has been racing cars for 50 years. And, appropriately, he’ll receive some gold this anniversary.