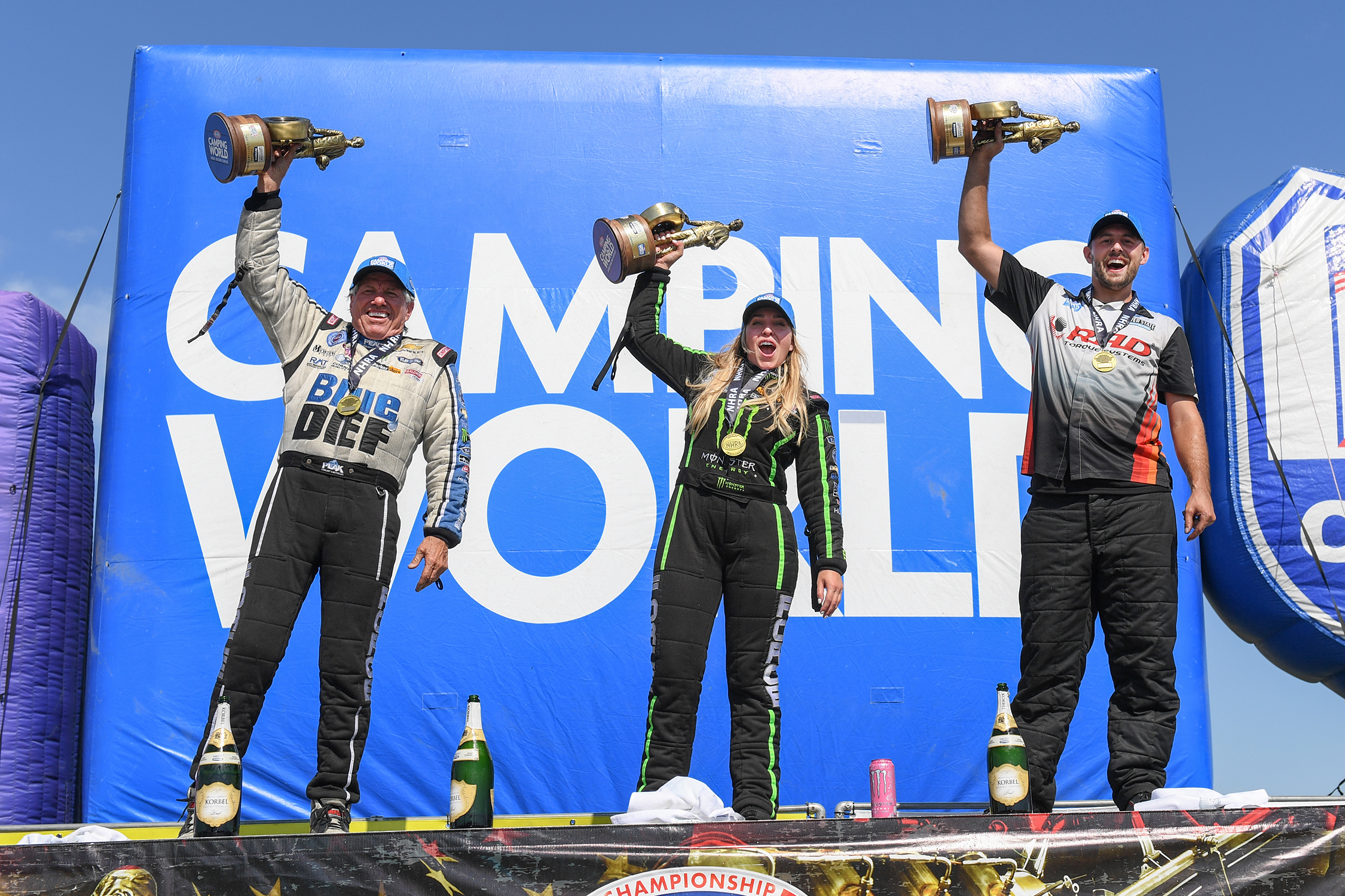 The two Forces have shared No. 1 qualifying positions before but never a win, though that changed on Sunday. B. Force claimed the Top Fuel victory by capping off a standout weekend with a run of 3.783-seconds at 324.75 mph in her 11,000-horsepower Monster Energy dragster in the final round against Clay Millican. She qualified No. 1 and then beat Scott Palmer and points leader Steve Torrence to reach the final round. After qualifying No. 1 six times this year, including a current string of four straight races, B. Force earned her first win since 2019 and was thrilled to share it with her father. 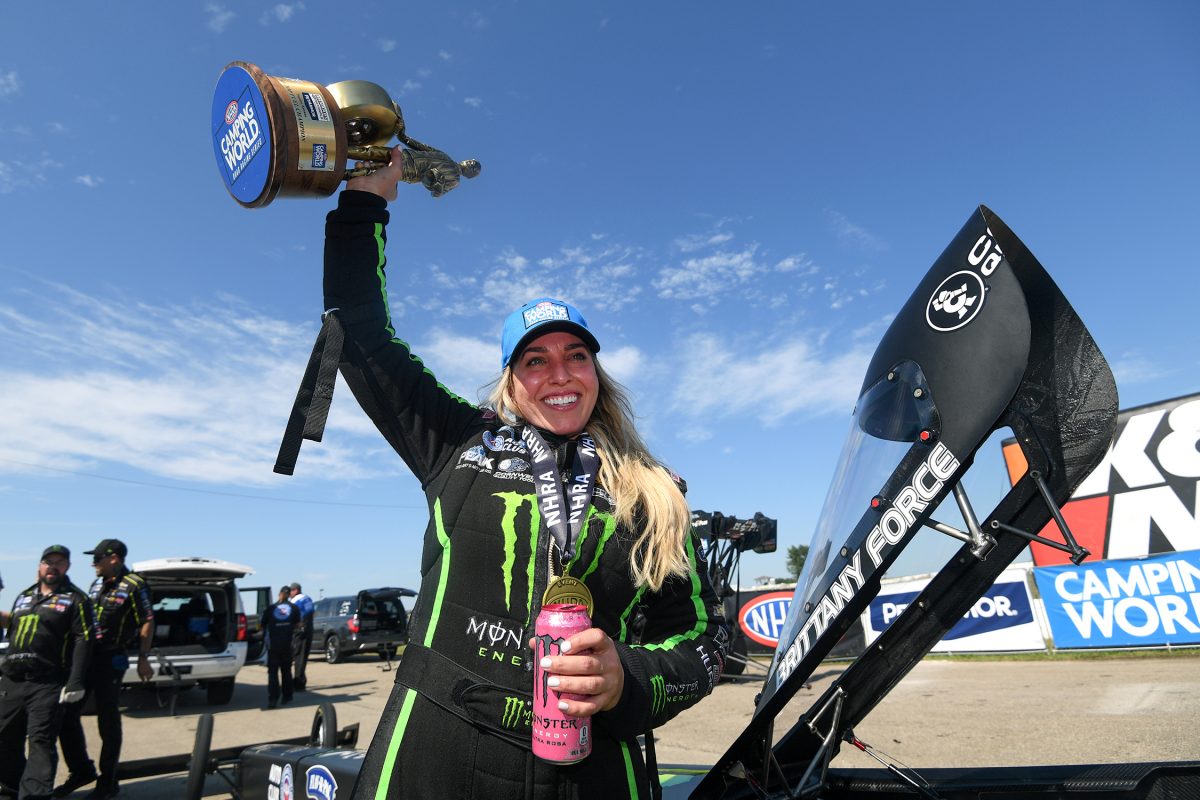 “This will be one I’ll never forget. This has been on my bucket list for as long as I can remember,” said B. Force, who moved to second in points. “I remember there have been so many close calls where we thought hey, this could be our day that we’re gonna double up. To win a race is hard enough and then to do it with your teammates, it’s almost impossible. So it’s like you almost put it on the backburner.

Millican drove to his first final in 2021 and 17th in his career by beating Doug Kalitta, Mike Salinas, and Shawn Langdon. The veteran is now ninth in points. 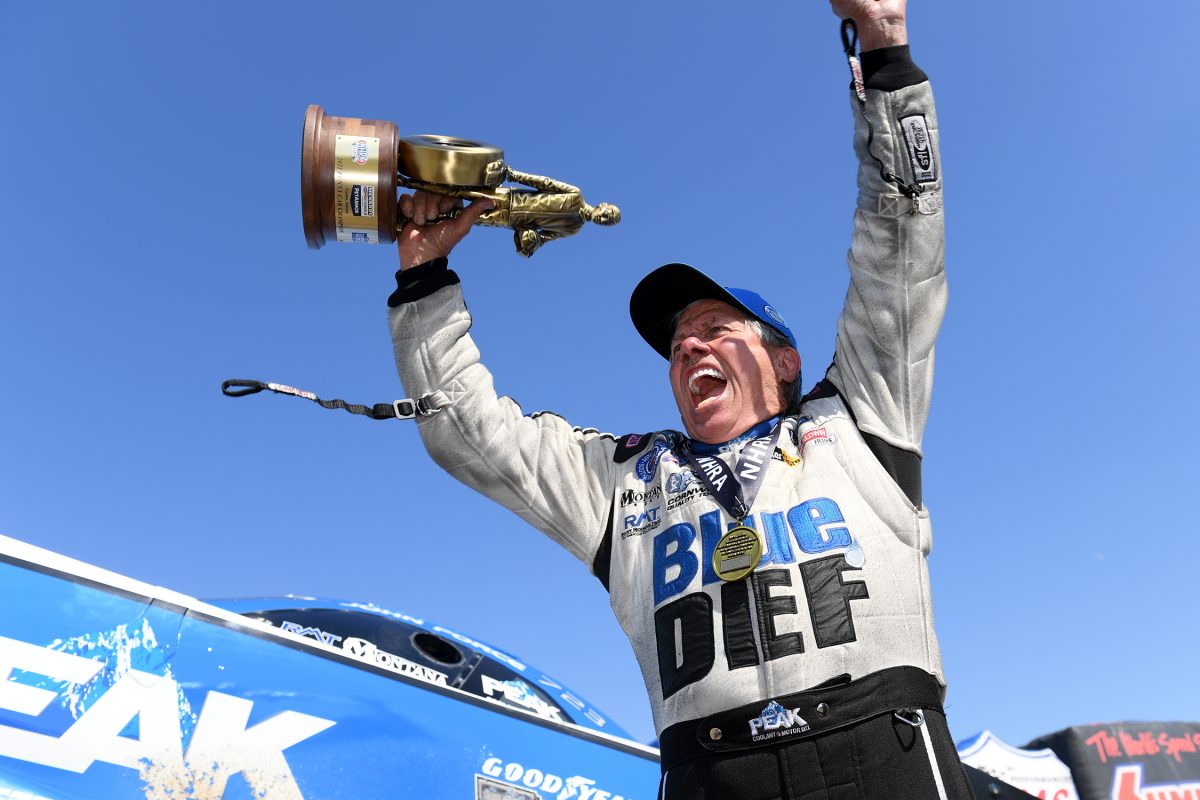 In Funny Car, J. Force was consistent all weekend and capped it off by going 4.019 at 321.04 in his 11,000-horsepower PEAK Blue DEF Chevrolet Camaro SS to beat No. 1 qualifier J.R. Todd in the final round. The victory gave him the points lead in Funny Car for the first time since 2014 and he became the first driver in the class to reach three wins this season. He defeated Paul Lee, teammate Robert Hight and Cruz Pedregon to reach his 260th final round and Force tracked down Todd to pick up his 154th career win.

“I had a good day,” J. Force said. “Robert was probably my toughest race because it’s hard to beat Robert. I just had a car that was pretty fast, wasn’t the quickest, but I got the win. What was special was, to do it with Brittany. With (daughters) Courtney and Ashley, I never got the chance because they were always Funny Car, and usually beat me but with Brittany, I finally got that double up. It means a lot. We’re a family of racers.

Todd picked up victories over Ron Capps and Blake Alexander as he reached his second straight final round, fourth this season, and 39th in his career. Todd also jumped to third in points, behind only Capps and J. Force.

Pro Stock’s Glenn had a perfect .000 reaction time in the final round, allowing his run of 6.681 at 205.01 in his RAD Torque Systems/KB Racing Chevrolet Camaro to hold up in the final round against Kyle Koretsky. It was just the sixth perfect reaction time in a final round in Pro Stock, as Glenn earned his second victory in what’s become a standout rookie season. He advanced to the final by beating Deric Kramer, Matt Hartford, and No. 1 qualifier Troy Coughlin Jr. and was lights out on the starting line in the championship round. 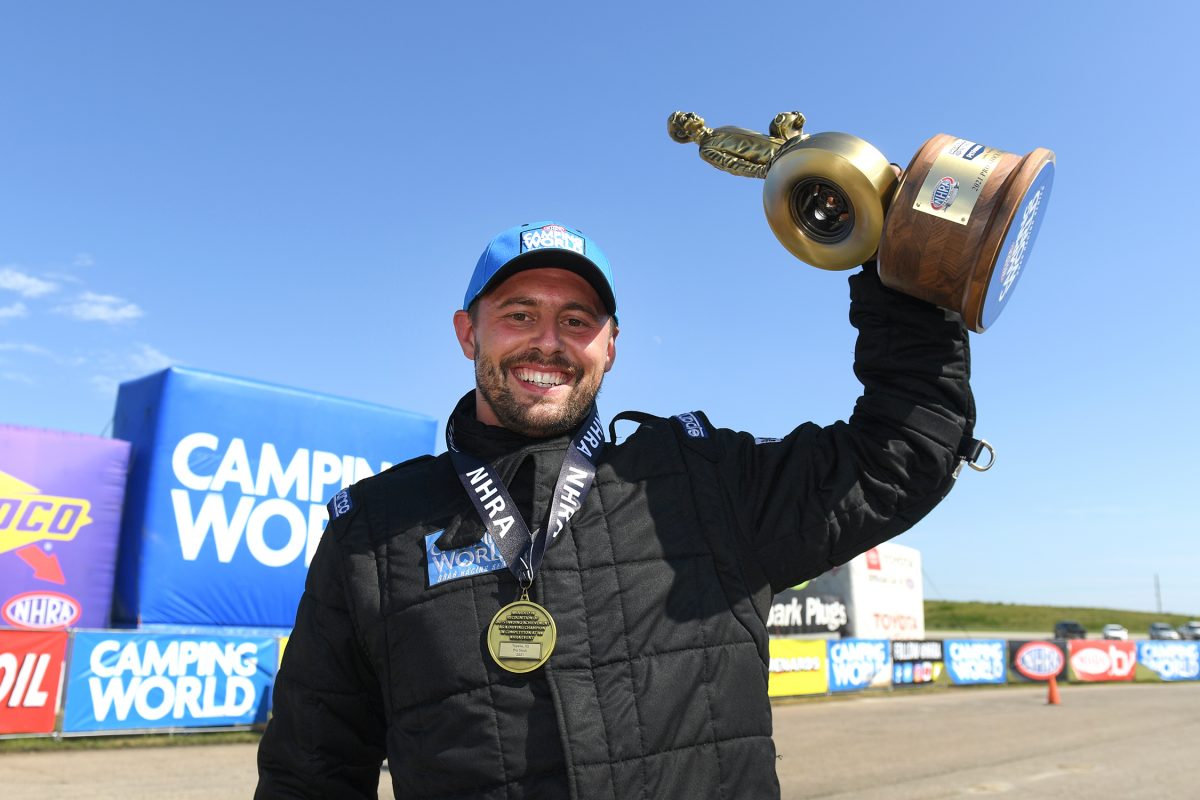 “It’s hard to put this win into words,” Glenn said. “But it’s just like this is like dream come true. This season, it’s taught me a lot. I’ve had a lot of highs and I’ve had some lows where I’ve been struggling and we’ve gotten a little taste of everything this year.

“I felt like I did my job really well and the car is just working really good right now. I’m really excited for the Countdown (to the Championship) coming up here and Indy next because we’ve got a really fast car for it.”

Koretsky earned his second career final round thanks to victories against Rodger Brogdon, points leader Greg Anderson and defending world champ Erica Enders. Both the wins against Anderson and Enders came on holeshots.