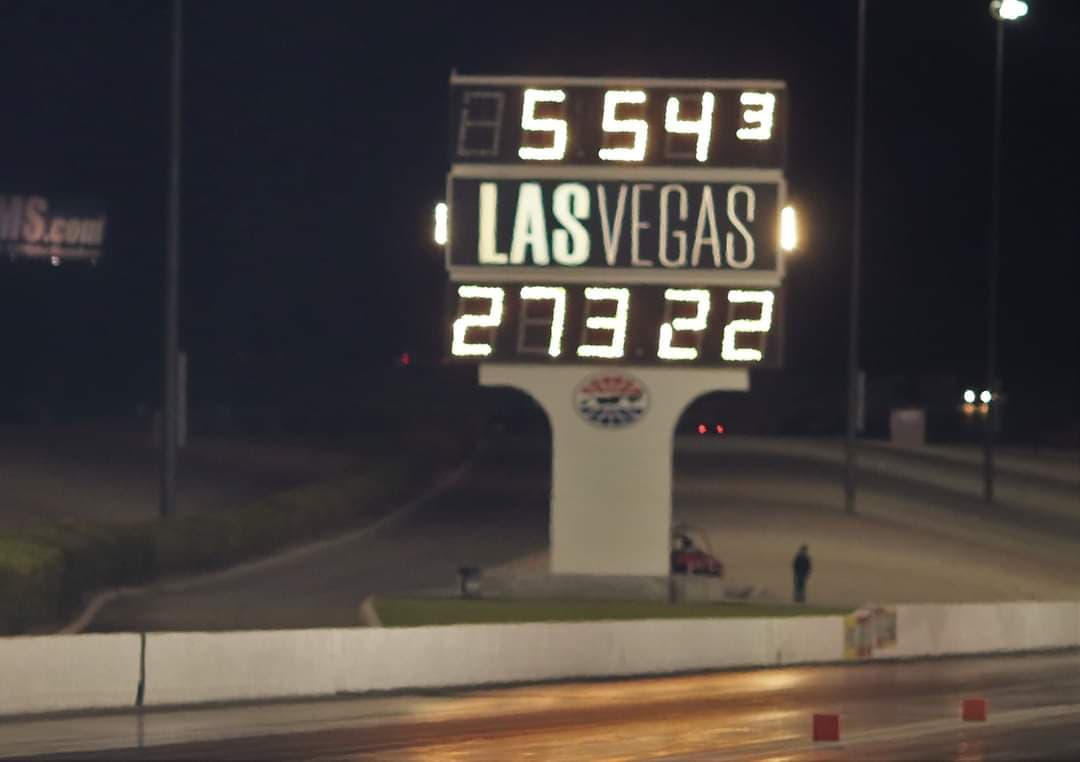 They say what happens in Vegas stays in Vegas – at least the hotels and casinos try to convince us that’s the case – but when it comes to Mel Roth’s Street Car Supernationals nothing could be further from the truth.

Matter of fact, it seems like whatever happens at this race – good, bad or somewhere in between – the news spreads around the world almost instantaneously. Personally, I think it’s impressive how much attention this event garners on the world wide web. I don’t mean to be crass, but I think it’s fair to say that this late in the year, right around the holidays, immediately following what would normally be a jam-packed couple weeks of action in Las Vegas with the NHRA national event and the week-long SEMA Show, the Street Car Supernationals has never been an event that is going to sell-out the massive Strip at Las Vegas Motor Speedway. If you use your Facebook Newsfeed as an indicator, you’d think everyone in the world that cares about drag racing is laser focused on what happens on those two (or four) lanes in southern Nevada. It’s impressive.

The Street Car Supernationals is built for racers. Don’t get me wrong, Mel Roth and team, as well as the gang at LVMS, are well-known for being exceptionally accommodating to fans, but the focus of this event is giving racers one final shot at a world-class racing surface in unusually good conditions to obliterate the record book – both their own personal ones, and the ones we all keep.

It’s an event that produces time slips that are kept forever. That are scribbled upon, framed and/or digitally rendered for reproduction on the back of a t-shirt. It’s where most every racer goes to see where they stand and what they can do when the rule book trends toward unlimited.

While COVID-19 clearly shot some holes in this year’s running of SCSN in terms of car count, the scoreboards delivered per usual. Both Joey Oskas and Ed Thornton thrust themselves into the record books following this past weekend’s 16th annual running of the event with their twin-turbocharged doorslammers. Oskas’ 5.590-second blast will earn him the No. 8 slot in the DRAG ILLUSTRATED Top 8 for the quickest turbocharged doorslammer runs of all-time, while Thornton’s 5.543 replicated his 2018 performance that put him in the No. 6 spot. The 273.22mph trap speed attached to Thornton’s run will also put him 6th amongst the fastest speeds ever recorded by a turbocharged door car.

I’ve argued against this a million times – my belief that drag racing in a lot of different circles is trending towards land speed racing – but I think my stance is getting a little shaky.

Actually, that’s not entirely true. I stand by my belief that promoters and fans that judge the success, failure or overall relevance of an event by how many records are set is a step in the wrong direction and that waiting all day for the conditions to become ideal before running qualifying or eliminations is a horrible idea. However, following the announcement and running of Miller Bros.’ Hail Mary Derby at Maryland International Raceway – a unique, multi-session event designed to let racers attempt to set records and personal bests in killer conditions and on an equally killer race track – coupled with over a decade of jaw-dropping performances at the Street Car Supernationals has convinced me that it’s time to not only accept how significant of a driving force these performance marks are for racers, but start providing organized opportunities to achieve them away from the stresses and pressure of a set number of qualifying and elimination rounds.

The Miller’s event a few weeks back in Maryland featured three-to-four sessions per day for a variety of different classes of race cars (a total of 12-16 passes for each racer) without any eliminations – only “personal bests, bragging rights and glory” as they put it.

Considering a bulk of DRAG ILLUSTRATED’s Top 8 records in our Unlimited Pro Modified categories have been set at Mel Roth’s events in Las Vegas and St. Louis (19 of the 32 quickest and fastest doorslammer passes of all-time have been made at Street Car Supernationals), I’m curious if this home run derby format couldn’t be adopted or included in some way with prize money added to the fold.

While I’m not 100% convinced that the opportunity to set personal bests and break records alone will draw cars the way that a traditional elimination-based drag race does, I believe that pairing the opportunity – at the right time of year, at the right facilities with adequate promotion – and a legitimate purse could be drag racing’s next big thing.