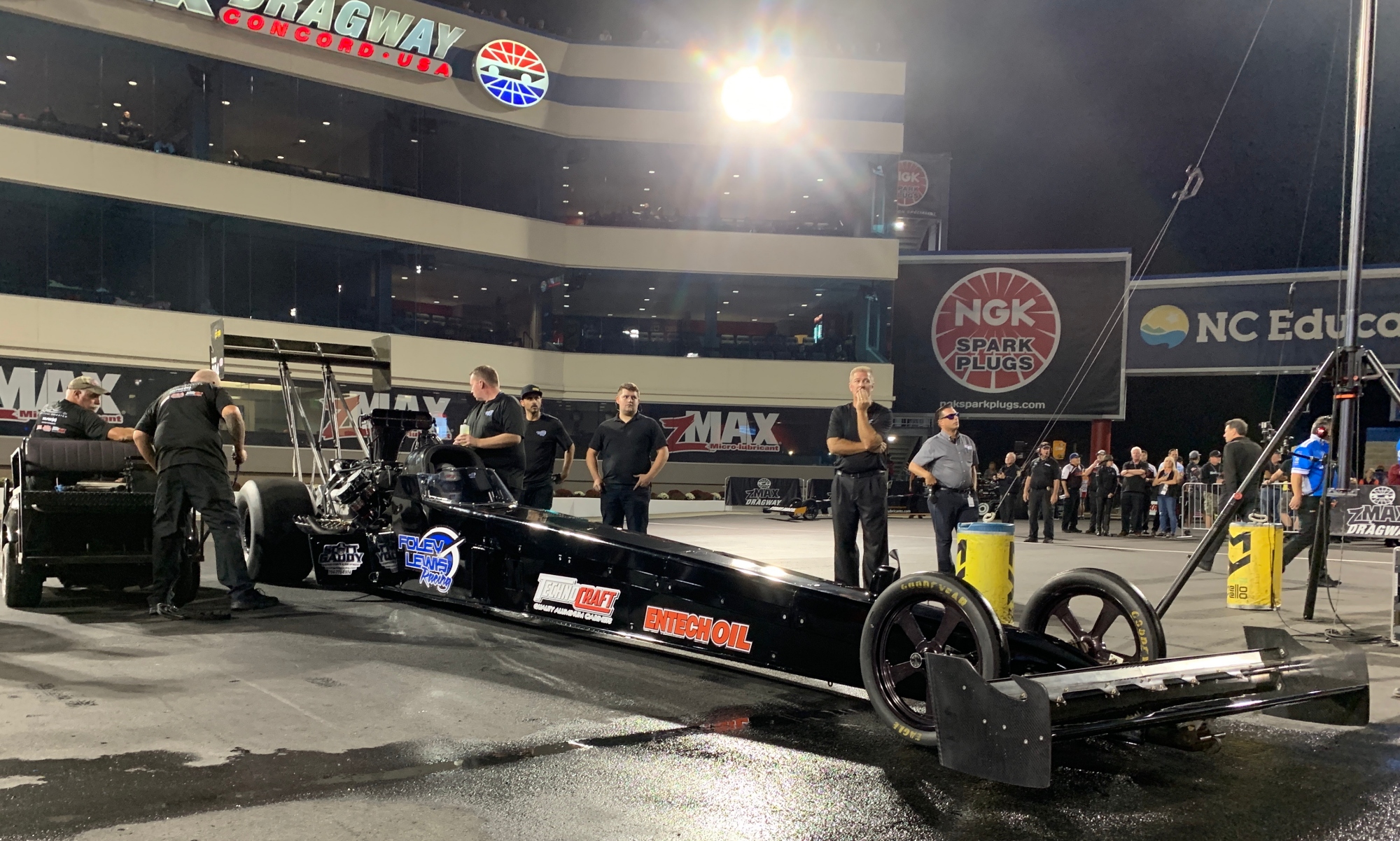 With the start of 2020 preseason testing just two months away, Doug Foley and his Foley Lewis Racing team announced today their plans for the 2020 NHRA Mello Yello Series season. The Mooresville, North Carolina-based Top Fuel team will compete at eight races, starting with the NHRA Arizona Nationals near Phoenix in February.

First, Foley will make his licensing runs and join the stars of NHRA Top Fuel and Funny Car during preseason testing at Wild Horse Pass Motorsports Park in Chandler, Ariz., Jan. 29-Feb. 1. It will be Foley’s first time back in a Top Fuel seat since 2011, though he raced Top Alcohol Dragster in 2018.

“Back in June, all we had to go Top Fuel racing was a bucket of sockets,” Foley said. “We put everything together over the course of a few months, and we didn’t leave [the Charlotte race] with a list of a million things that we needed to do. It was an accomplishment in that sense. In our opinion, we were only a couple runs away from starting to build some momentum.”

The Scott Gaddy-organized team went into the Carolina Nationals with the goal of making clean runs with Paton driving so everything would be sorted out for Foley to renew his license on Monday. The Foley Lewis Racing dragster made attempts in three of the four qualifying sessions, but none of them were quick enough to qualify in the 16-car show. A complete rainout on Sunday meant Foley was unable to make his licensing runs on Monday.

Given the facts that the car had never been started prior to just a couple hours before the first qualifying session, and that most of the crew members were equally new to the team, Foley was content with how smooth it went.

“Considering everything that had gone on and everything that could’ve gone wrong, it’s a testament to Scott’s preparation for the event that we accomplished as much as we did,” Foley said. “I really don’t have any qualms about how the actual race went. We didn’t go there with expectations of any particular performance other than to get out there and get some laps on the car.”

Foley spent the last couple months focusing on refining their part inventory and building a crew for the 2020 season. Foley is also working with longtime friend and business development advisor Guy Pierce to develop a robust sponsorship program to present to potential partners.

“We hope to add more than eight races,” Foley said. “To us, the difference between eight and 10 races means nothing. It’s how did we do at those eight races? It’s the quality of the program. We’re also going to be working on the financial partnerships. It’s important to us to provide value to the companies who decide to partner with us.”

Foley admits he and racing partner Tim Lewis didn’t always have intentions of going back to Top Fuel after they stopped fielding a car in the class together in 2009. But the stars aligned, and Foley and Lewis are prepared to go all in on a competitive partial schedule.

“I think it’s an opportunity for me and Tim to go out and show that a small team can still be competitive,” Foley said. “I think the field lends to that. We don’t have the fields we used to.Yeah, the NHRA at the top is really, really good cars, but that’s the way it always was. So for us, we feel like if we run our race and focus on our guys and what we have to offer, I think we can be competitive.”

Foley Lewis Racing plans to announce a number of new partnerships over the offseason, including a major associate sponsor ahead of the Performance Racing Industry (PRI) Show in early December.