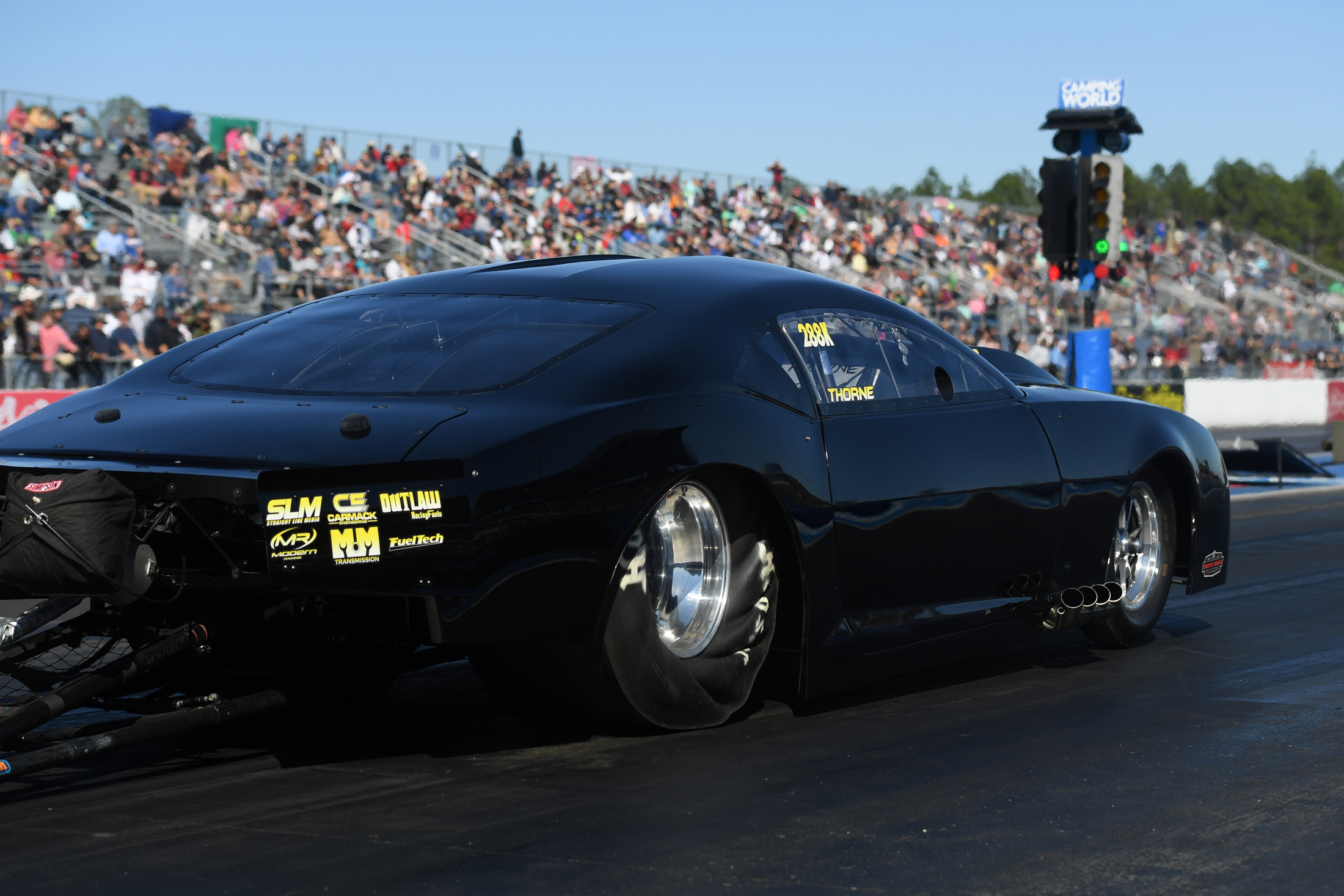 Kris Thorne picked up his first career victory in the NHRA Pro Mod Drag Racing Series on Sunday, knocking off Sidnei Frigo in the final round of the season-opening race as part of this weekend’s Amalie Motor Oil NHRA Gatornationals at Gainesville Raceway.

The event, which was presented by FTI Performance in Gainesville, was the first of 10 races during the 2022 NHRA Pro Mod Drag Racing Series season.

Racing in his first career final round, Thorne went 5.642-seconds at 255.10 in his ProCharger-powered Camaro to take the win over Frigo’s 5.716 at 251.81. Thorne’s memorable day also included round wins against J.R. Gray, Lyle Barnett and defending event winner and world champ Jose Gonzalez, making a pair of runs in the 5.60s before the finals. In the championship round, Thorne had a terrific .015 reaction time and never trailed to finish off a standout Sunday.

“This is awesome. To get this moment and represent at our home track and win this thing, it means a lot,” Thorne said.

Frigo reached the final round thanks to victories against Justin Bond, Dwayne Wolfe, and Mike Thielen.

The NHRA Pro Mod Drag Racing Series returns to action on April 29-May 1 as part of the NHRA Four-Wide Nationals at zMAX Dragway in Charlotte.