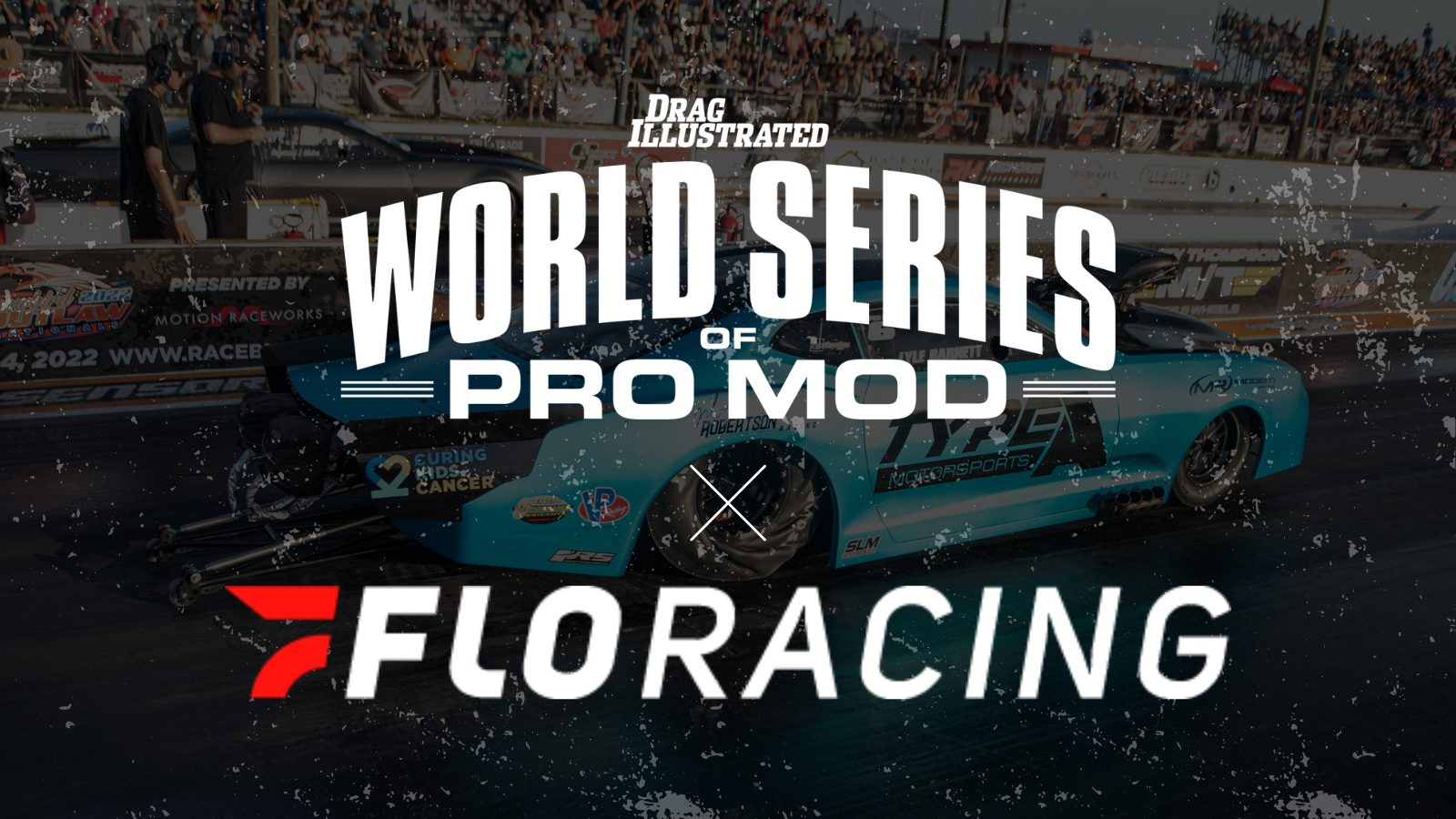 “Sports are best consumed live, and if you can’t be there in person, which is the number one experience, the number two experience is being able to consume a high-quality live broadcast,” said Mike Levy, Vice President of Global Rights Acquisition at FloSports. “Race fans can depend on FloRacing to cover every minute of the action live.”

“I couldn’t be more excited to partner with FloRacing on an agreement that will continue to grow the sport of drag racing and, specifically, Pro Mod drag racing,” said Wes

Buck, Drag Illustrated Founder and Editorial Director. “WSOPM has always made deals with the right partners at the right time, and this is no exception. With this partnership, we have the ability to deliver the biggest, richest Pro Mod race in the history of the known universe to fans around the world – in the comfort of their own home and with the highest level of quality and production possible. This deal is a home run for WSOPM and FloRacing.”

FloRacing will provide the ultimate opportunity for fans unable to attend the race. They can catch all of the heart-pounding action from the stars and cars, like two-time NHRA Pro Mod Champion “Stevie Fast” Jackson, PDRA Pro Boost record holder Melanie Salemi and Frankie “Madman” Taylor, and more. More than 40 drivers have been invited, but only 32 will make the cut to compete for the coveted title and $100,000.

“FloRacing has been around for a number of years, and we have really become a significant contributor to the circle track and grassroots racing community in America,” said Levy. “We felt that drag racing was underserved and that there was an economy in the sport that we could contribute to that ultimately might be able to provide more revenue for teams and drivers and the overall industry. For 15 years, our model has worked because we’re uniquely capable of funneling resources back to the promoters who are best qualified to grow the sport.”

The WSOPM will follow an eighth-mile outlaw format, differing from other Pro Mod events. The drivers will draw chips for pairings each round instead of the traditional qualifying ladder.

“Wes [Buck] is clearly an innovator in that space, and we’ve long admired what Drag Illustrated has been doing in terms of maintaining and growing the popularity of the sport,” continued Levy. “We were involved in his event a couple of years ago, and when we caught wind that he was thinking of doing something pretty extraordinary in 2023, we certainly wanted to be part of it. We felt that we could make a meaningful contribution to his efforts financially from a race feed perspective and then from an editorial perspective and that collectively we can make the event even stronger than they could do independently.”

Lastly, fans won’t want to miss the live stream of Friday Night Rivals action, where the baddest doorslammer drag racers have called out who they want to race under the lights on March 3.

“Beyond what this partnership provides our fans, this is a massive deal for our racers and sponsors, providing them with the kind of exposure they need to grow their brands and drive sales,” continued Buck. “We feel confident that we are going to set a new standard in drag racing with the World Series of Pro Mod 2023, and that includes the production and execution of our live stream.”

FloRacing is available by visiting FloRacing.com or by downloading the FloSports app on iOS, Android, Apple TV, Roku, Amazon Fire and Chromecast.