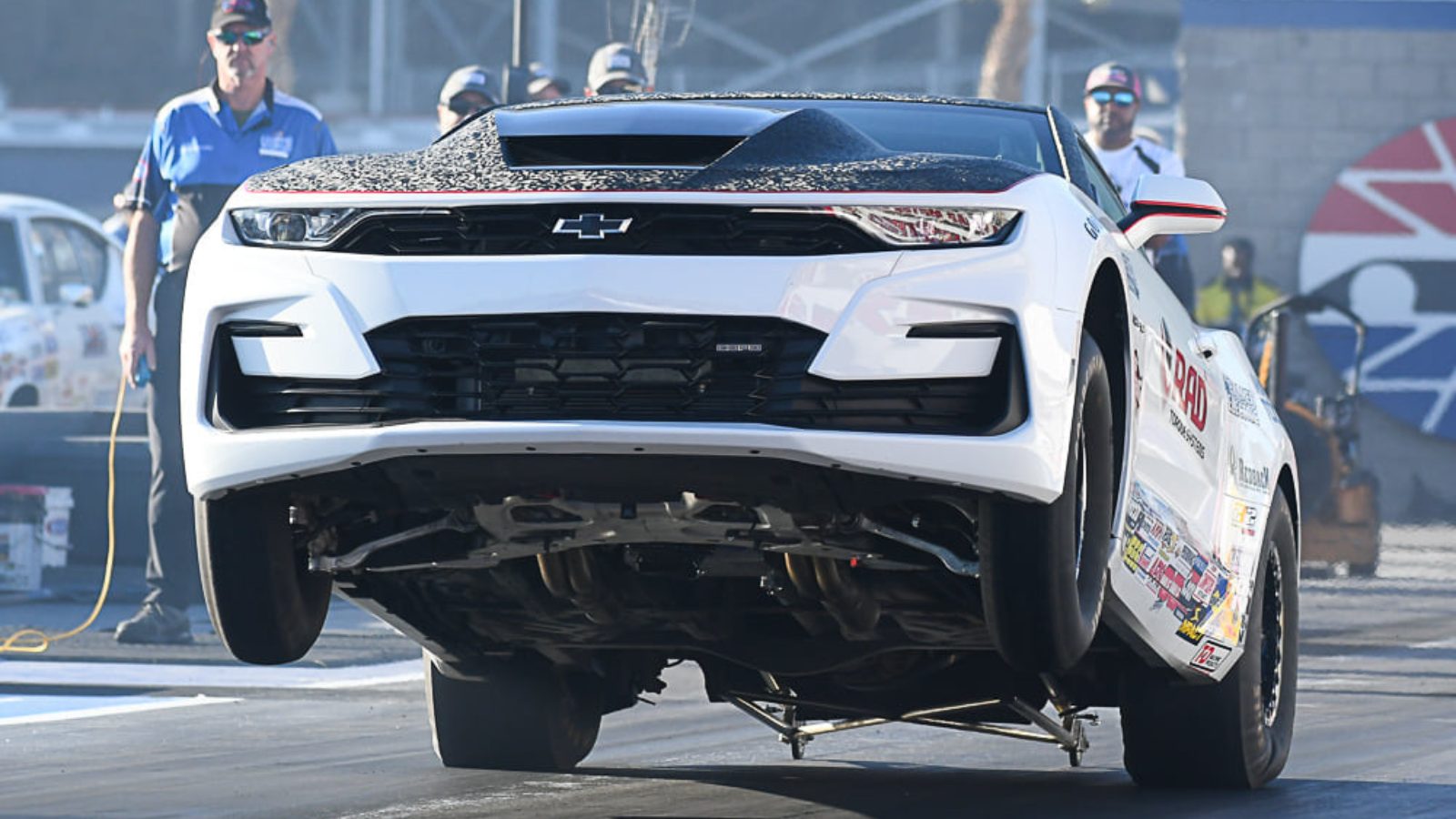 Justin Lamb, a five-time Lucas Oil Drag Racing Series champion with world titles earned in both Super Stock and Stock, isn’t the most recent winner in his household. In fact, his eight-year-old owns that honor. But at the upcoming NHRA Nevada Nationals at The Strip at Las Vegas Motor Speedway, Lamb is hoping to show young Jayce that the old man still knows his stuff.

With the support of Stone Chevrolet, Lamb will be competing in Stock Eliminator driving the RAD Torque Systems-branded Chevrolet COPO Camaro, and in Super Stock, he will return to the seat of the Super Stock Silverstate Plumbing Chevrolet Cobalt with which he’s won championships and, most recently, the event there in Las Vegas earlier this year. The StoneChevy.comSuper Stock COPO Camaro is currently in preparation for a strong campaign next season.

“Racing is very seldom ‘all good’ or ‘all bad.’ We’ve had some challenges this year, but we’ve also had some great rewards,” said Lamb, who also claimed a pair of Super Stock semifinal finishes at the double-divisional in Phoenix this season. He will finish out the season in both Stock and Super Stock with appearances at the Las Vegas national and divisional events, followed closely by the NHRA Finals in Pomona.

“One of the coolest things for me this year has been watching Jayce begin to develop as a Jr. drag racer. It took him a little while to warm up to it, but once he did, it was like that spark ignited,” said Lamb. “In September when he won the Race of Champions at the Division 7 Jr. ET Finals, I don’t think I’ve ever seen him smile that big. He was so excited. When you see something like that, it takes you back to the beginning, and you remember why you started this and what made you stick with it all these years.”

For Lamb, it was his father, Chris Lamb, who was at the helm of the Lamb Motorsports ship in the beginning. Although the elder Lamb was not a drag racer himself, the longtime Matco Tools distributor had a keen interest in it. When his children were of age, he and wife Carole got them involved in the NHRA Jr. Drag Racing League.

“Because my dad was a Matco Tools distributor, it made sense for us to be involved with racing,” said five-time world champion Lamb, who took to it quickly. His sister, Ryen, also raced in both the Jr. league and as a Lucas Oil series competitor. Her competitive spirit translated to a career as an attorney in Tennessee, where she now resides.

“We got to meet all kinds of awesome people in the drag racing community through our dad’s association with Matco, and I’m not going to lie, it made an impression. It was just a great way to grow up, and I know my sister and I are both grateful for the experience. To stand in the winner’s circle with guys like Gary Scelzi and meet racers like Antron Brown and Mark Pawuk is something other kids weren’t getting the chance to do.”

Lamb, who scored his ninth Las Vegas Motor Speedway win this past spring, heads to The Strip tied for second on the national event win list – including both Pro and Sportsman racers. The tie for ninth is behind only Dan Fletcher, who has 11.

“To do that as a Sportsman racer is really an honor,” said Lamb. “There are so many great racers out here, and it’s only getting tougher. Would I like to tie Fletcher? Absolutely. It’s a tall order, but those challenges are what make drag racing the best sport in the world – and one you want to pass down for generations.”