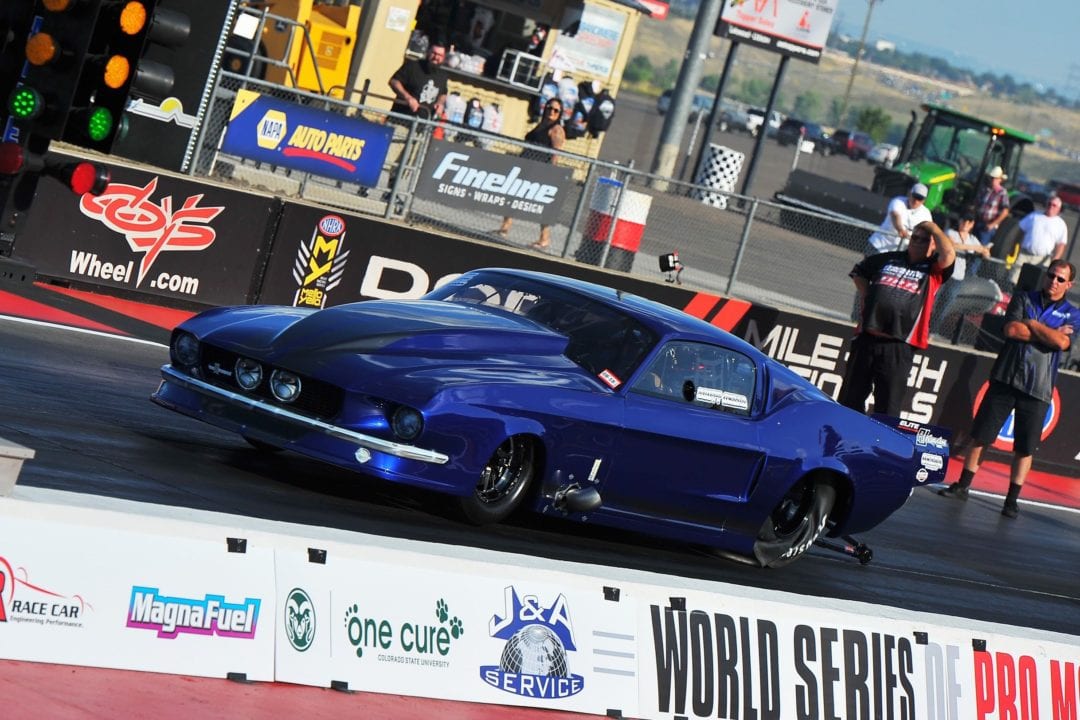 Scott Oksas got his first taste of the DRAG ILLUSTRATED World Series of Pro Mod a year ago.

It’s not hard to figure out what is making him return to Bandimere Speedway on Aug. 9-10 for the third annual event.

With that in mind, Oksas hopes to be the third straight dark horse candidate to win the biggest and richest Pro Mod race in the history of the known universe, following in the footsteps of inaugural winner Mike Bowman and last season’s champ, Carl Stevens Jr.

While both talented drivers, not many had them tabbed as the favorites in either season. But through a series of consistent and impressive performances, both ended the weekend $100,000 richer.

Oksas, a Los Angeles-area native, wants to continue that trend in his sleek ’67 Shelby Ford Mustang on Thunder Mountain. He’s bringing three engines, he’ll be in Denver on the Monday of the race to start testing the next day and Oksas isn’t holding anything back.

“Man, I’m pumped. Racing there is just so much fun,” Oksas said. “I love to race, I love the competition and I hope we all go out there and put on a show. Everyone has that mindset where they want to win the $100,000, but I’m excited. We’re going to have a lot of fun this year.

“The biggest thing is finding the tune-up that goes down the track and finding a way to repeat that, and then finding power from there.” 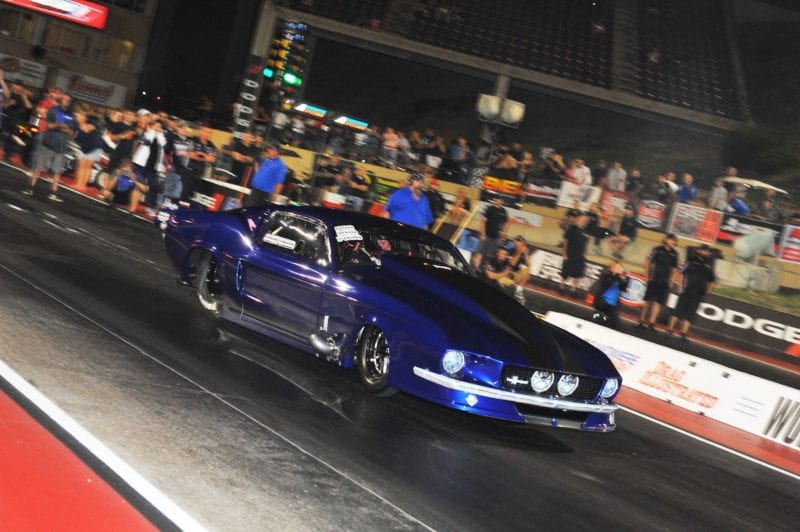 After tuning the car last year, Oksas brought in reinforcements, enlisting the help of tuner Jeff Pierce to join a team that already includes Roger Rompal and Keith Howard. The Pro Mod veteran believes that’s going to pay dividends right off the bat. Oksas ran well down the stretch of last season in his new RJ Race Cars Mustang, posting a series of runs in the 5.80s at the end of the year.

He ran well in testing earlier this season, making 10 straight full passes in the Mustang before having to replace the engine. Oksas installed a new MOTEC system as well and is full prepared to do whatever it takes in Denver to succeed.

He’s confident his car will run in the 5.80s-5.90s on Thunder Mountain, which will likely be necessary to win considering the series of blasts Stevens made in the 5.80s a year ago en route to the impressive win.

“I wasn’t the fastest guy last year, but with Jeff now tuning the car, it’s a totally different animal,” Oksas said. “I feel like we’ve got a car capable of running in the 5.80s and 5.90s, and I think we’ll do that on the mountain, without a doubt. A bunch of guys are going to be capable of that, so it’s going to come down to who’s the calmest and the coolest under the pressure, and who’s going to cut a light. Hopefully I’m the one going .000 on the tree and 5.87 with $100,000 on the line.”

But Oksas, who owns Payless Water Heaters in Los Angeles, plans on enjoying the weekend no matter what happens. His wife, Kristy, his brother, Brian, and his two sons, Joey and Anthony, will all be on hand at Bandimere Speedway, making it total a family affair. After the experience he had last year, Oksas wanted to make sure everyone enjoyed the weekend on Thunder Mountain in 2019.

“It was just such a fun time and everyone was so nice,” Oksas said. “The track was phenomenal and I wouldn’t miss it. The whole environment was great. It’s just a blast and a cool place to go. But I need that $100,000 really bad.”

It’s so much on his mind, Oksas already knows where it’s going should he have a magical weekend in Denver. The majority will go back to his burgeoning race program, but not before a major party and a quick detour on the way home.