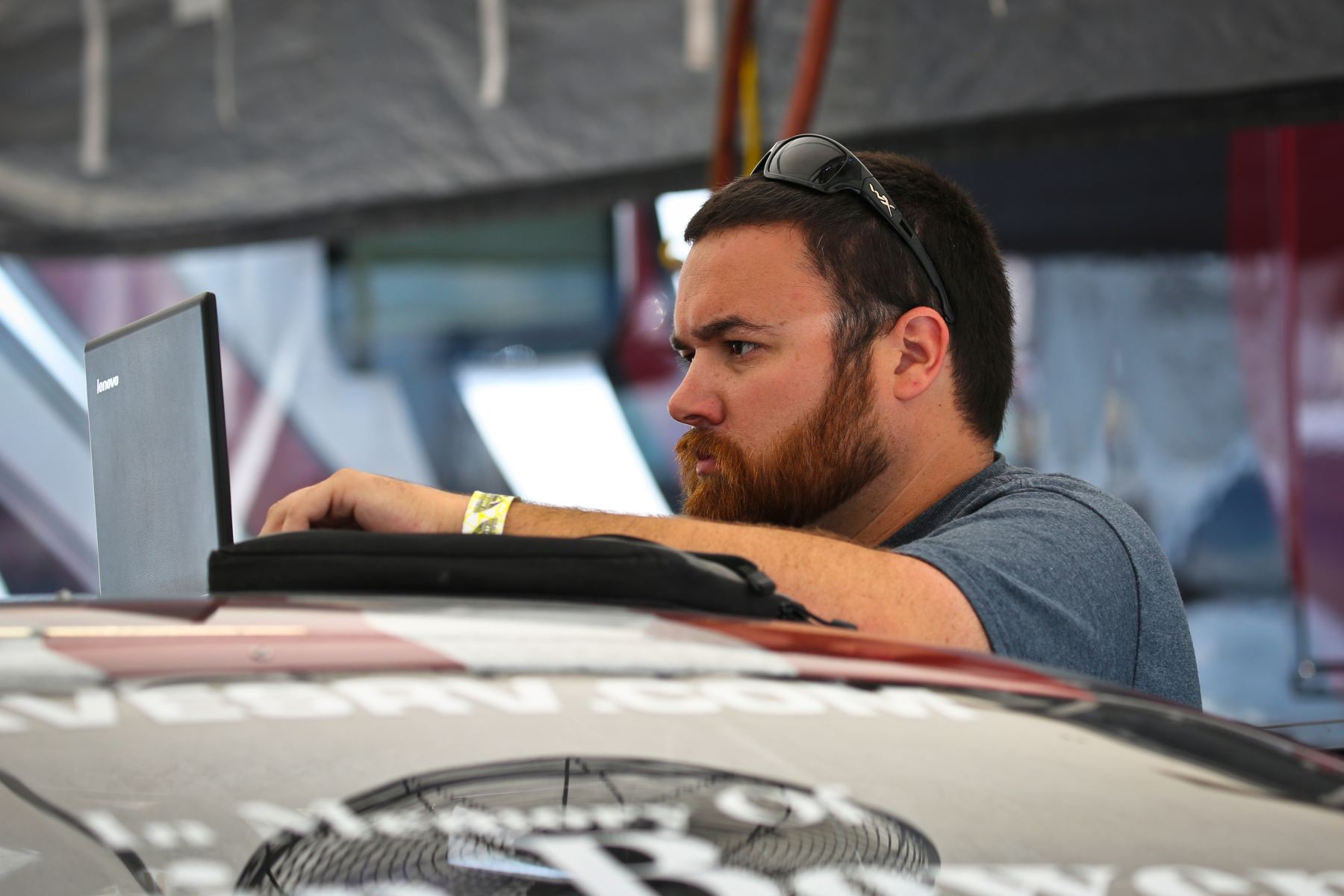 The standout tuner, who was a selection on the 2016 30 Under 30 list, had a year that’s almost hard to put into words. Tuning his dad’s nitrous-assisted Camaro driven by Ron Muenks, the team won five of the six races it competed – racking up a staggering 23 round wins in 24 overall rounds.

He’s tuned rising star Joey Oksas to three final rounds in his first year of Pro Mod racing, while Pierce has also helped Outlaw 632 driver Chris Holdorf to an impressive season and a number of wins. Add in Jerico Balduf reaching the final round in Orlando with Pierce making the calls for the first time, and Pierce is still pinching himself.

[Editor’s Note: This story originally appeared in DI #162, the 30 Under 30 Issue, in November of 2020.]
“It’s just been one of those years you dream about,” Pierce says. “It’s just been great and it’s a surreal feeling, for sure. We’ve had success before, but not on this level with the competition we were facing.”

Pierce has truly come into his own as a tuner, developing an impressive knack to get a car to run consistently and make improvements no matter the power adder or class. The diversity was truly on display in 2020 and it’s made Pierce a rising star in the tuning world.

His first taste of major success as a tuner came when Scott Oksas won the $100,000 Drag Illustrated World Series of Pro Mod in 2018, and Pierce has only built on that. What’s made the difference, he said, is becoming as versatile as possible.

“Billy Stocklin gave me great advice when I first started getting into the tuning game,” Pierce starts. “He told me to tune as many different cars as you can because each one will teach you something different. You can apply things you learn from one car to another.

“I really enjoy that, too. It keeps it interesting to me. I’ve gone from a nitrous car to a turbo car to a blower car to a 632 car, all in consecutive weekends. That just builds experience.”

It’s been a thrilling learning curve for Pierce, who has applied it all together almost perfectly in 2020.

The most impressive story is the work he’s done on his father’s purple Camaro, which became a dominant car this year. Muenks won the Mid-West Drag Racing Series championship in Pro Mod, while they also claimed a massive victory at the star-studded Shakedown Nationals in Virginia. That was a surreal weekend that put the finishing touches on what has been Pierce’s breakout season as a tuner.

“Me and my dad have been racing together since 2000 or 2001 and this was by far the best season we’ve ever had,” Pierce says. “We’ve got a great foundation and every time we take the car out, it gets a little better. Being able to build on each performance, that helps tremendously.”