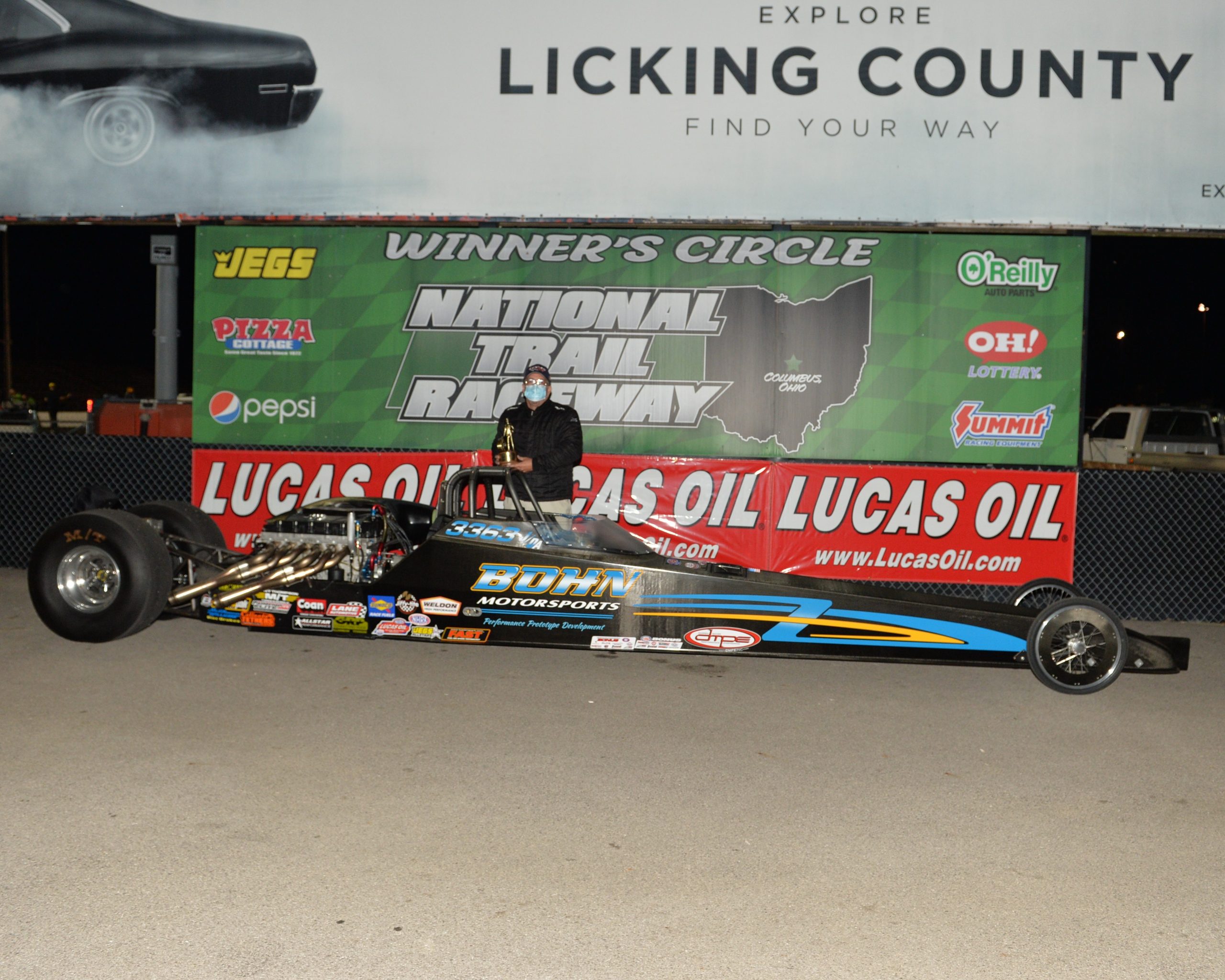 The North Central Division Lucas Oil Series event marks the first of two races that make up JEGS Speedweek, an event that has attracted more than 600 of the nation’s best sportsman drag racers.

Bohn drove his six-cylinder powered dragster to a victory over past JEGS SPORTSnationals winner Mike Farrell in the final round of Comp. Bohn, was the No. 2 qualifier in the quick field while Farrell was sixth quickest at the start of eliminations.

Volkman drove his Dodge Sebring to the Super Stock title by defeating Brina Frank in the final round. Volkman posted a dial-in time of 10.68 seconds and ran a 10.73 for the win. He entered the Columbus event as the No. 5 ranked Super Stock driver in NHRA competition. 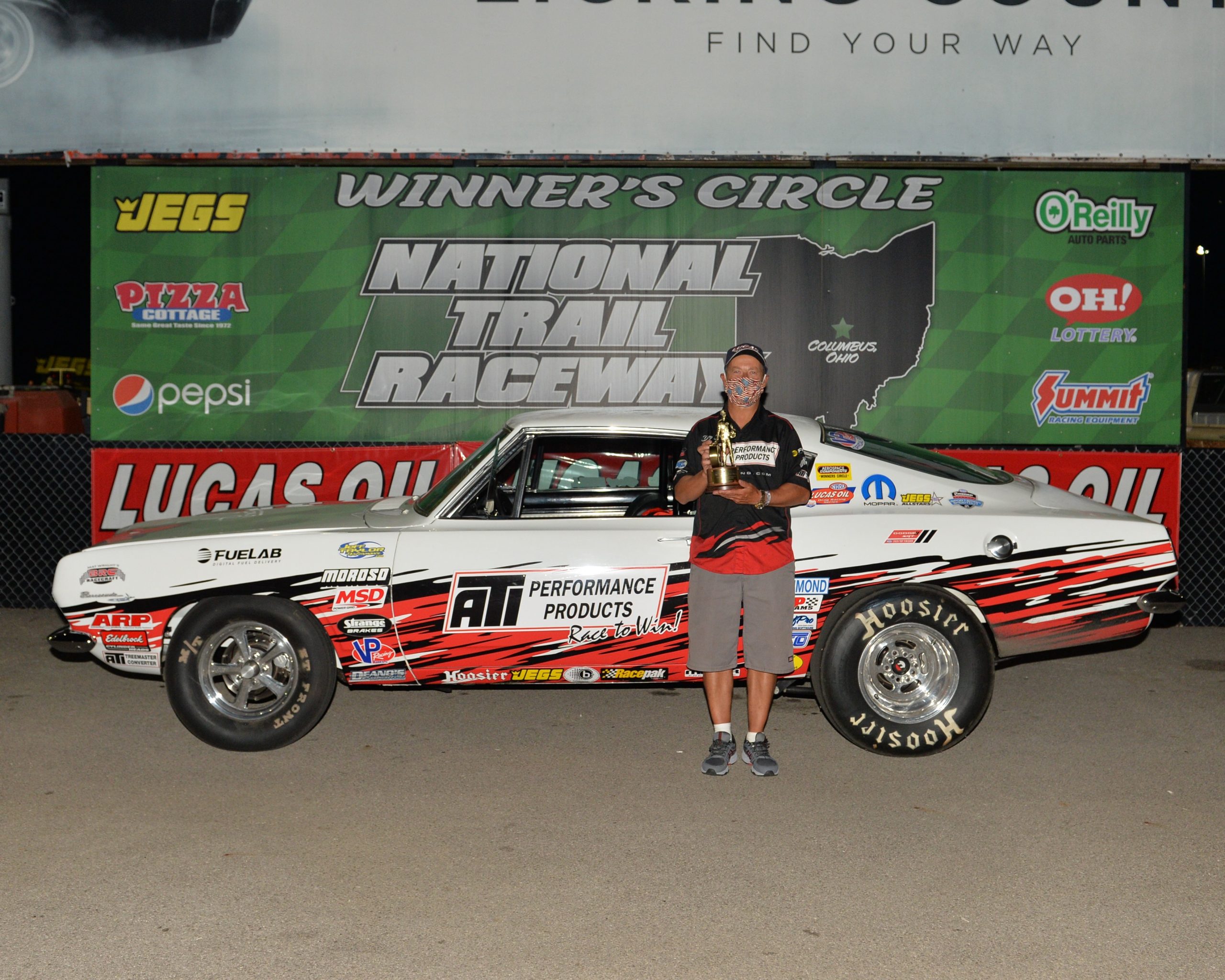 Duell outlasted 139 other racers to take home the Stock title. Paired with Kevin Wells in the final, Duell drove his vintage Plymouth Barracuda to the win when Wells fouled at the start.

Handras outlasted a big field of Super Comp entries to earn that title. Handras defeated Rick Huges in the final round, which was decided via a double-breakout.

Slack kicked off the 2020 season with a win and a runner-up in Gainesville, Fla., and he found the winner’s circle again here by beating Tommy Turner in the Super Gas final. Slack, in his ’70 Ford Maverick, ran right on the 9.90-second index for the victory.

Bauer had a nearly-perfect reaction time in the final round of Super Street, and parlayed his starting line advantage into a victory over Mark Smith. Bauer drove to a 10.93 elapsed time for the victory.

Fredrich is the reigning series champion in the Oakley Motorsports Top Sportsman class, and he bolstered his title defense with a final-round win against Glenn Butcher. Fredrich drove his ’68 Camaro to a 6.632-second run for the win, which was highlighted by an almost-perfect .007 reaction time. 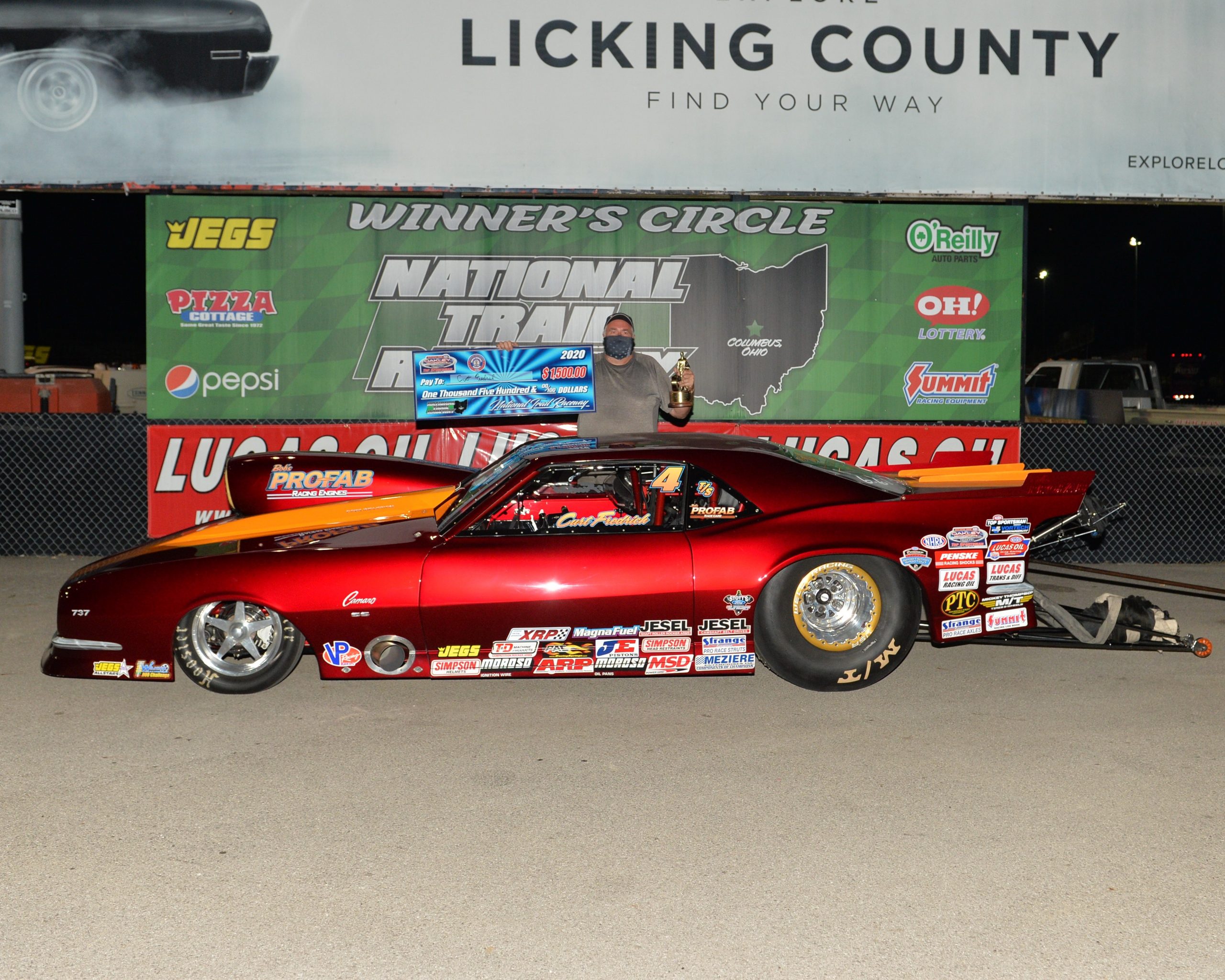 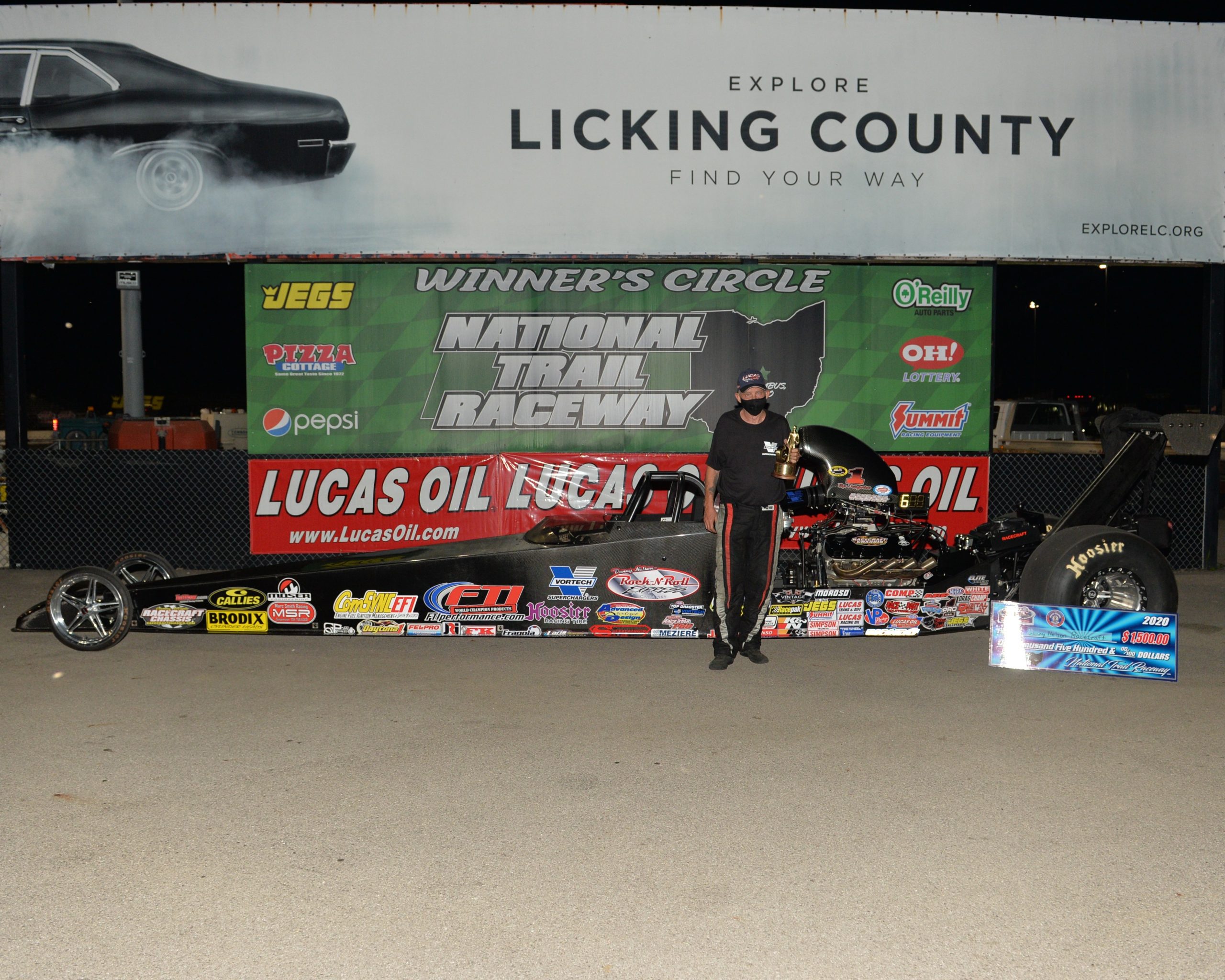 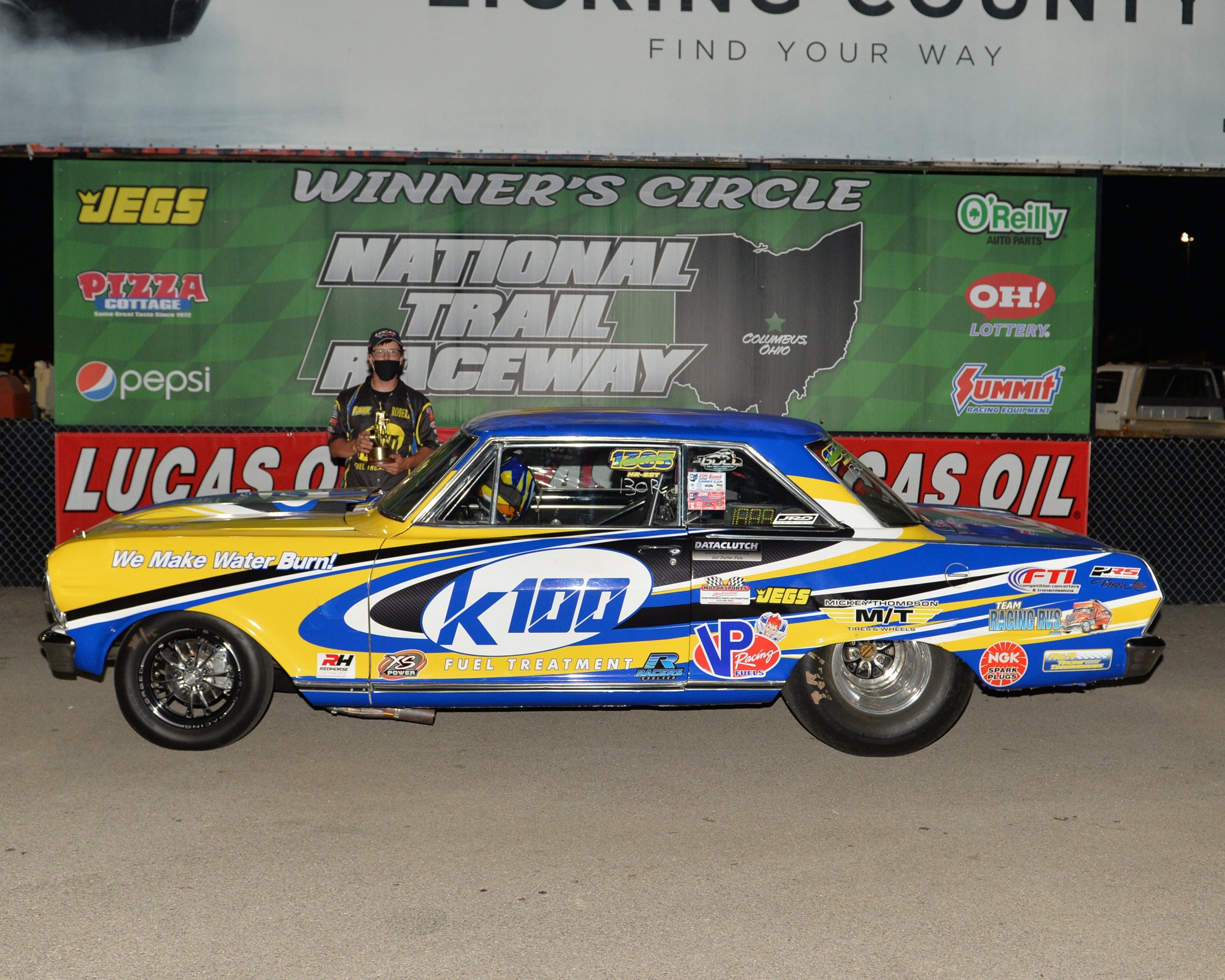 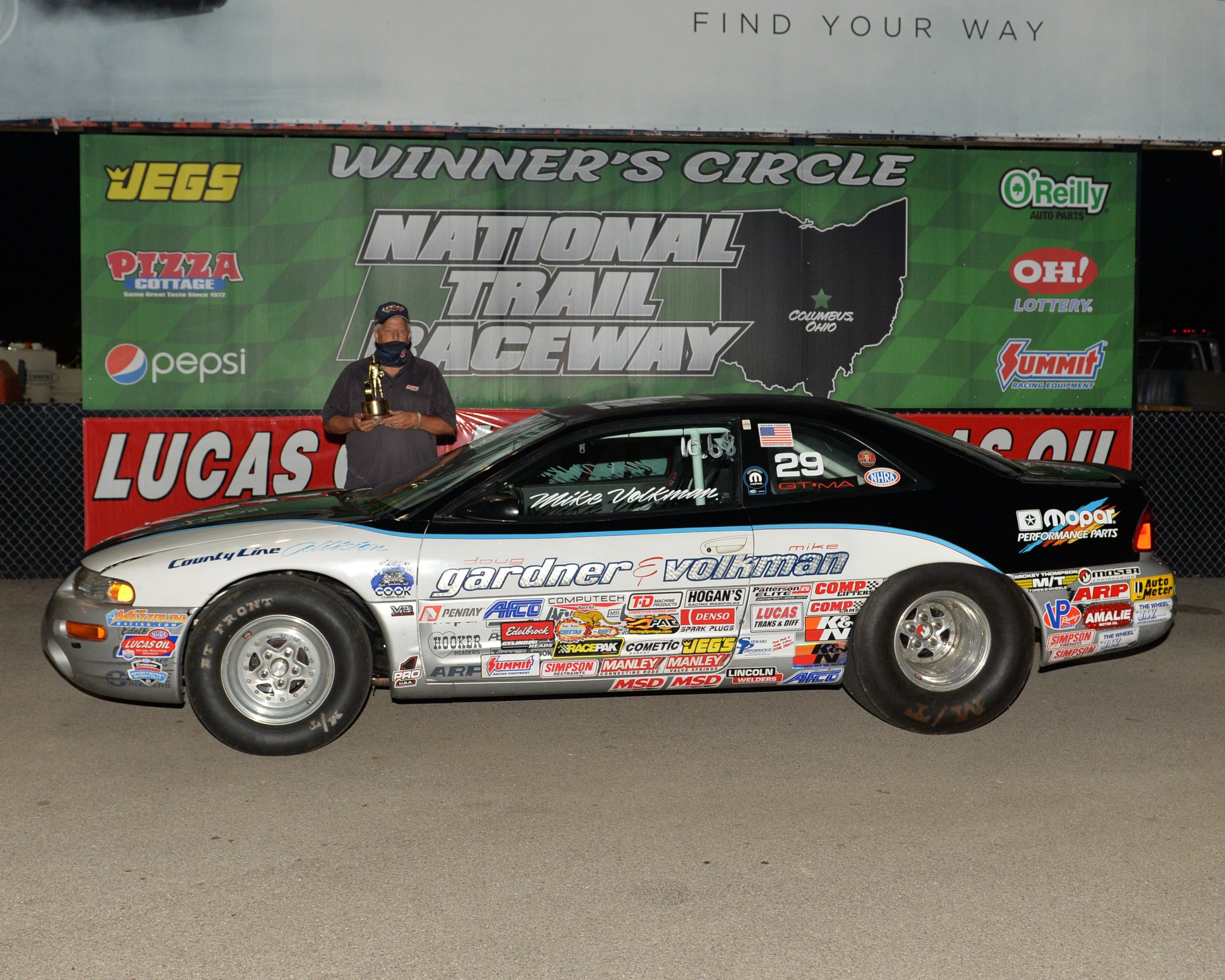 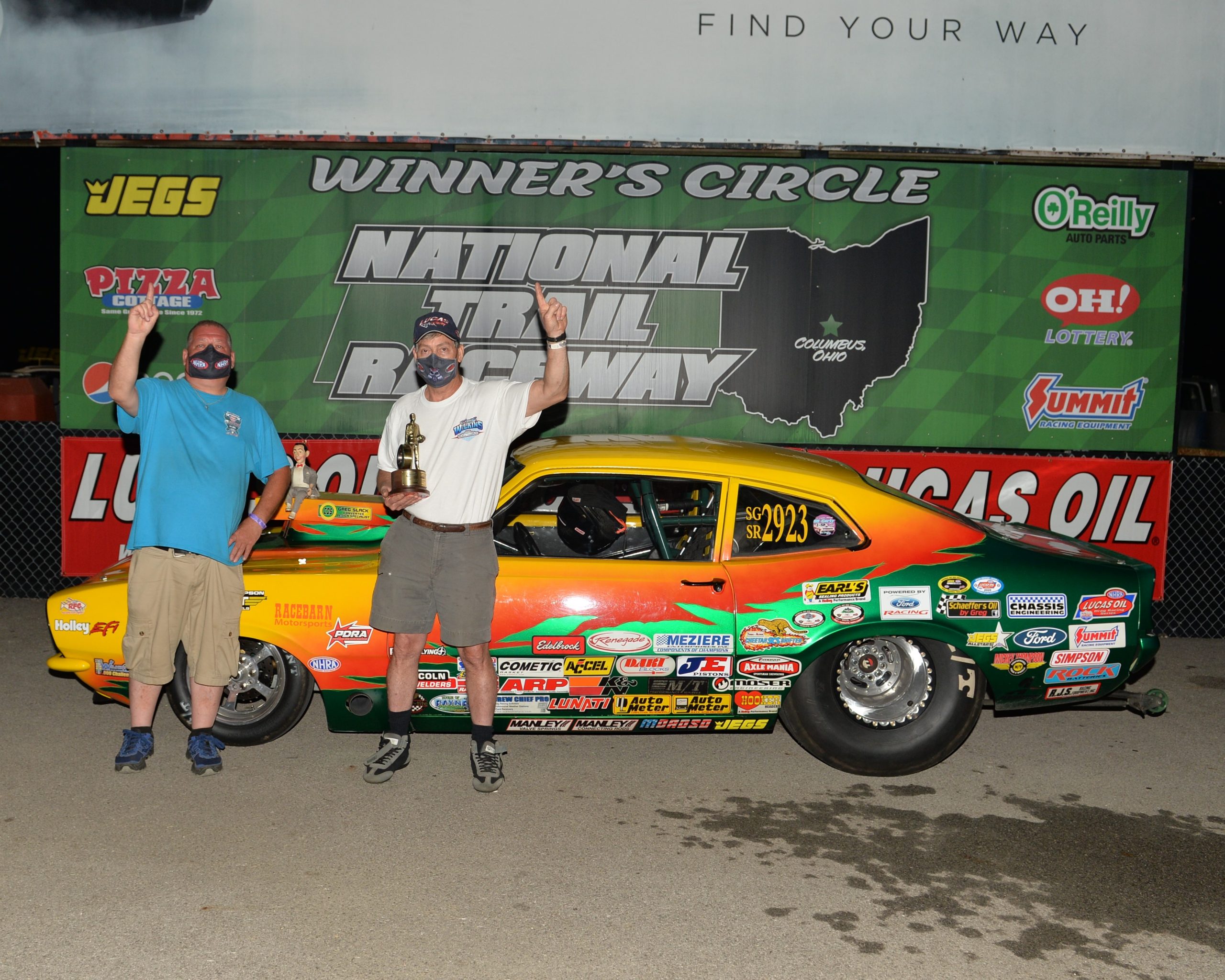 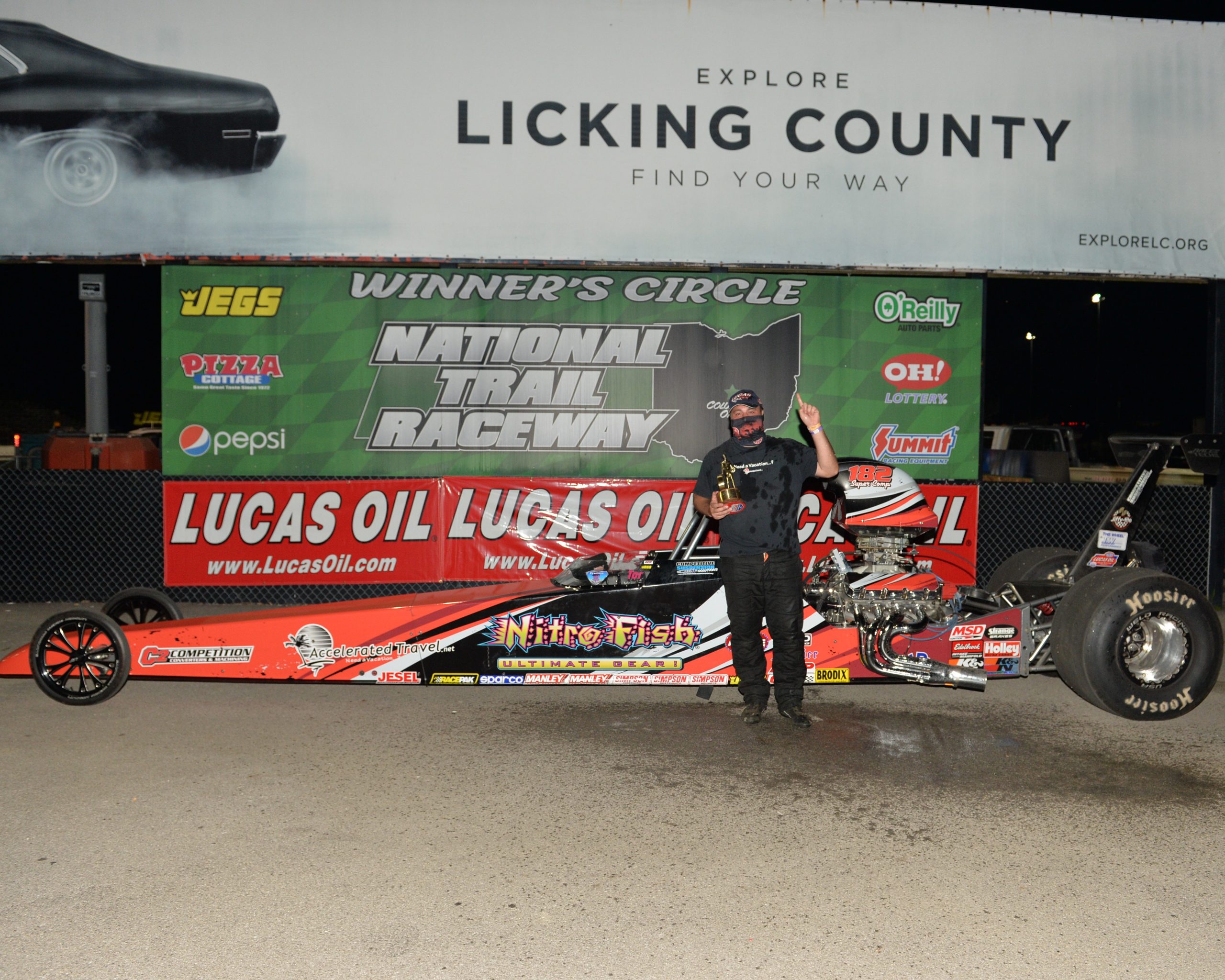