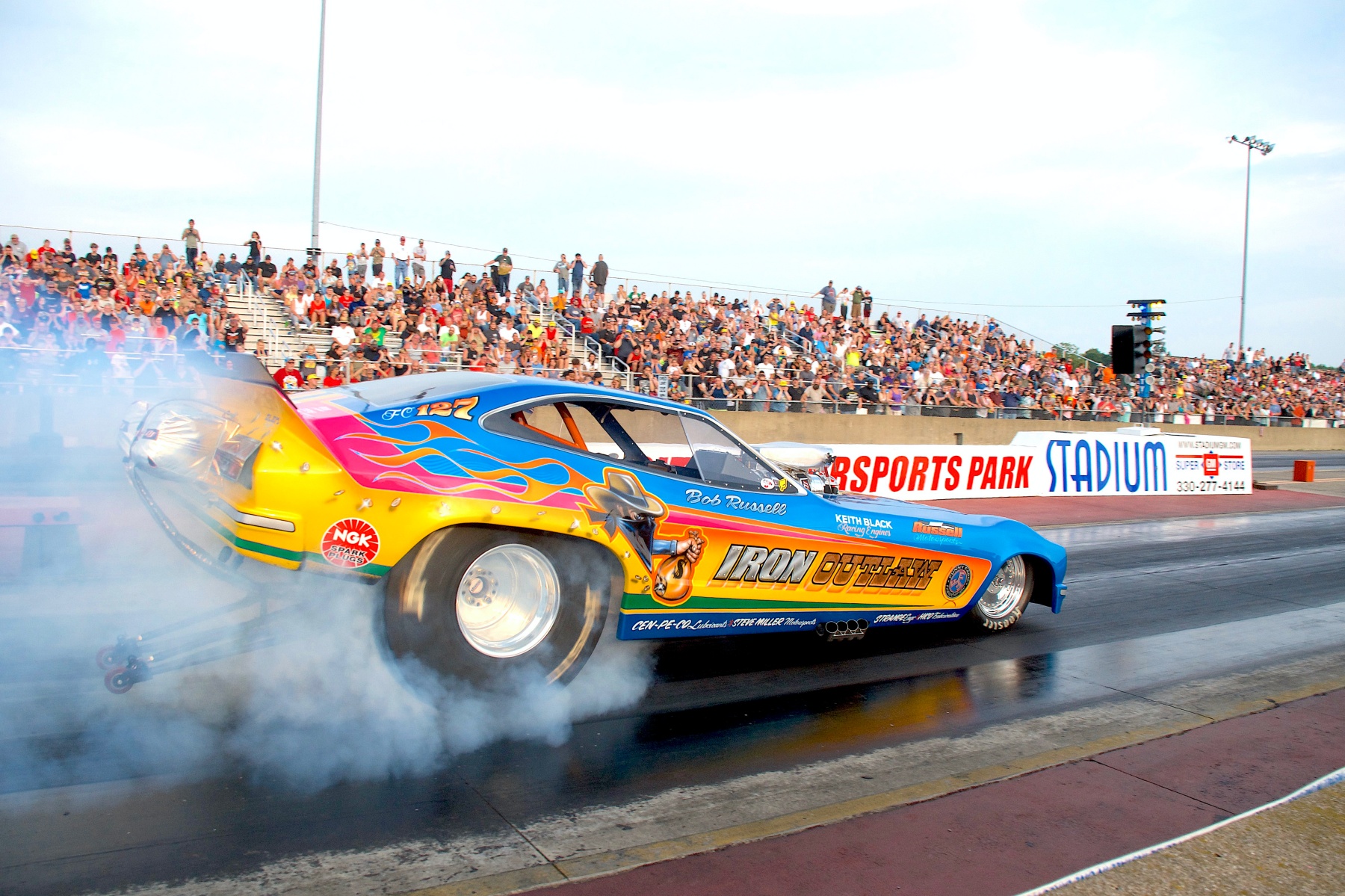 Maybe it was the advertised nine jet cars, or perhaps it was simply because racers and fans in northeast Ohio were anxious to experience a good thrill show, especially since the pandemic of 2020 ruined the chances of hosting one last year.

Whatever the reason, Quaker City Motorsports Park made up for the challenges of last season and then some, as an energized crowd poured into this legendary quarter-mile facility in Salem, Ohio, to enjoy the annual Night of Fire event held on July 24.

The first indicator that this was going to be an epic weekend was when 275 cars were already on the property for Friday’s parking and test-and-tune session. Then came Saturday’s wave of excitement for the long-awaited Night of Fire, as 320 race cars showed up for their respective eliminators. That count doesn’t even include the thrill show bookings, which was greatly increased from prior years. “We decided to go with nine jets this year, instead of the usual five or six,” explains A.J. Fox, the track manager.

The fans responded with near-standing-room-only attendance in every direction. Leading the thrill show pack was the powerful “Bone Shaker” jet semi truck of Rick Kopp, which entertained fans for several fiery passes down the track. The first came just before dusk and then again under the lights. The fan-favorite team of Larsen Motorsports brought out a couple of jet dragsters, and are always top notch with their presentation. The legendary “Chicago Rush” and “Hot Blade” jet dragsters also dazzled fans with 5-second blasts down the quarter mile. 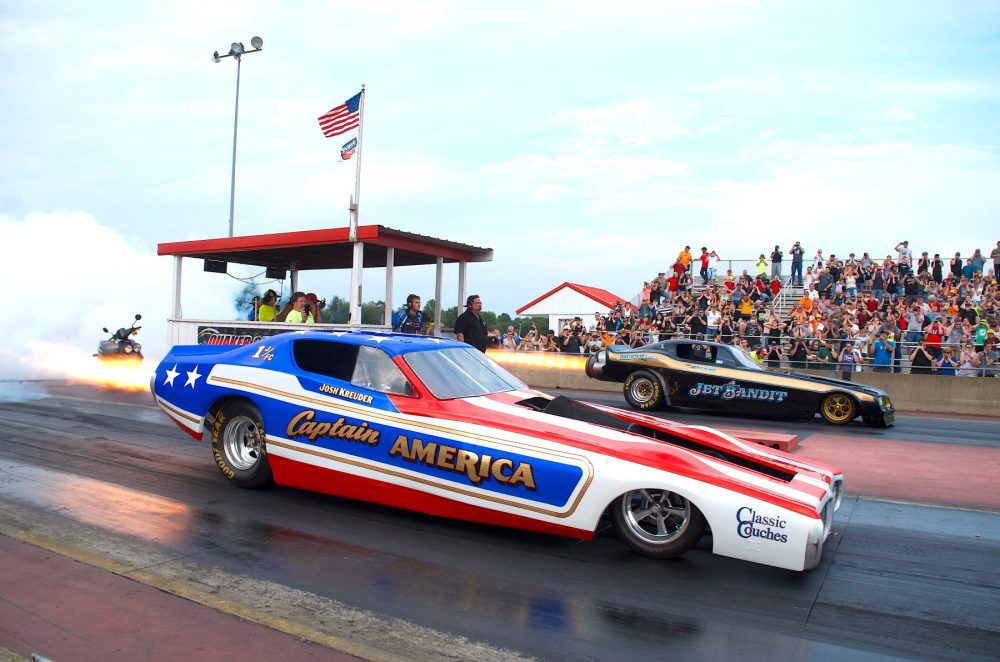 Perhaps the most eye-catching line-up among the jets this year was a quadruple dose of beautiful jet Funny Cars, including a vintage Ford Mustang-bodied flopper, appropriately named “Mustang Sally,” which squared off against Diamond Jim’s Eagle-themed Firebird. Another unforgettable matchup among the jet Funnies was the “Smokey and the Bandit” tribute Trans Am, which took on the “Captain America” Dodge Challenger.

“From what I understand, those four jet Funny Cars are part of a two-car team, and they travel and race together a lot. Their cars were ridiculous and they put on a great show!” says Fox.

While the expanded jet show was certainly well-received among fans, it was only the beginning of this action-packed evening. The Great Lakes Nostalgia Funny Car Circuit brought out six of their hottest cars to perform in front of the crowd. Locally based, this group is no stranger to Quaker City and never fails to deliver a solid show with their beautiful nostalgia-bodied examples of Funny Cars from decades past. 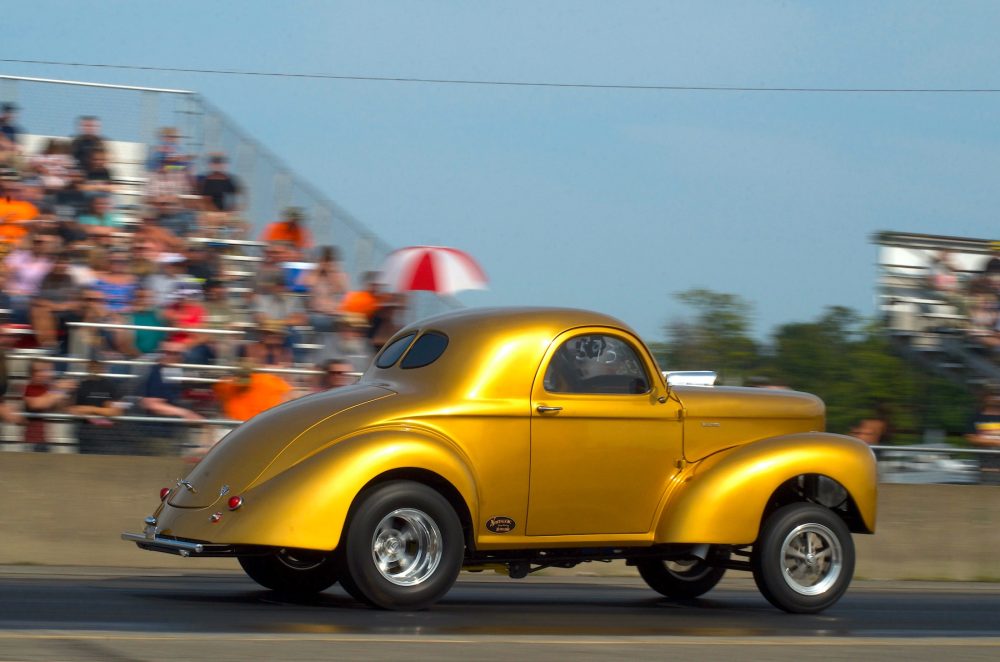 Another northeast Ohio-based club that’s always a huge hit is the Nostalgia Notions, which began in 2005 with a small group of friends who shared a love for loud engines, big burnouts and massive launches by cars representing the 1960s and 1970s. While primarily a nostalgia gasser club, fans also enjoy the occasional front-engine dragster, altereds and Super Stock muscle cars that run with the group. “The Nostalgia Notions come here 2-3 times a year and always put on a great show, usually bringing out 20-30 cars, and some of their vehicles are show cars,” says Fox.

The evening’s entertainment also featured a points race from Quaker City’s entire roster of bracket divisions. “We usually hold a dozen or so bracket point races per season, and one of them is in conjunction with our Night of Fire,” Fox says. “I believe we had such a huge crowd of sportsman racers come out because they love competing in front of such a huge crowd like we had on Saturday.”

Three different eliminators are available to younger racers at Quaker, including two classes of Jr. Dragsters, along with the Teen Championship Racing class. Other classes offered include Top, Modified, Street and Bike/Sled. It was an action-packed evening that stretched well into the night. 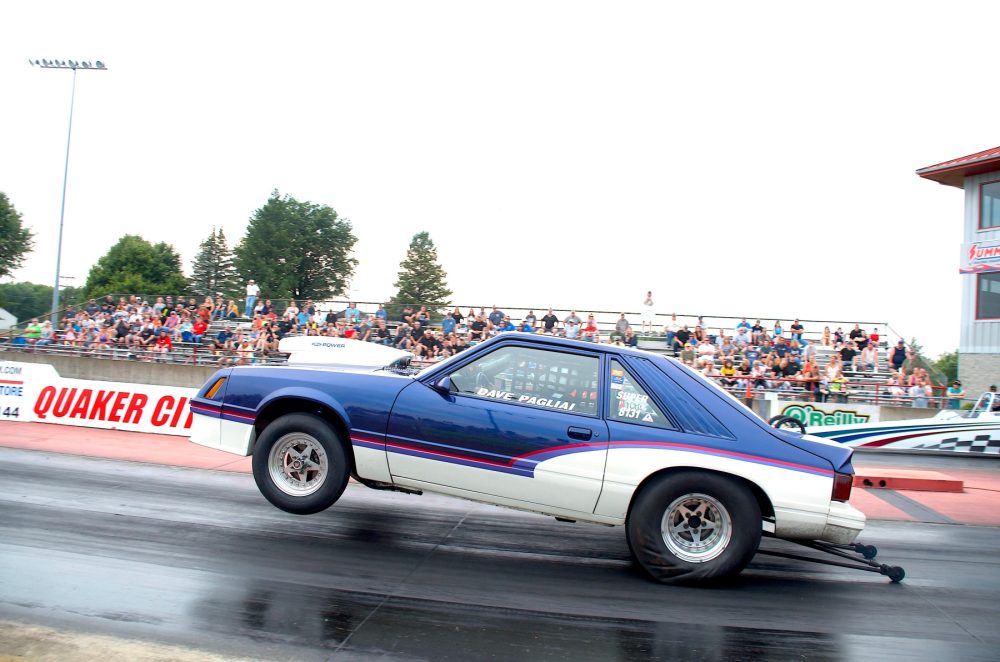 Quaker City even included something brand new this year called “fire dancers and fire breathers,” which are a group of guys and gals who use fire as part of a skillful show of dance entertainment.

“I heard about this act from a friend of a friend,” Fox begins, “and I thought, sure, let’s book them! Their performance was something different for sure, and I had so many people come up to me and tell me how much they enjoyed seeing it, and the kids really loved it, so I can definitely see us booking these performers again!”

This year’s Night of Fire at Quaker City was a show the locals won’t soon forget, and was certainly worth the wait. “I honestly think it was probably the best show we’ve had here since we took the track over in 2010,” Fox concludes.