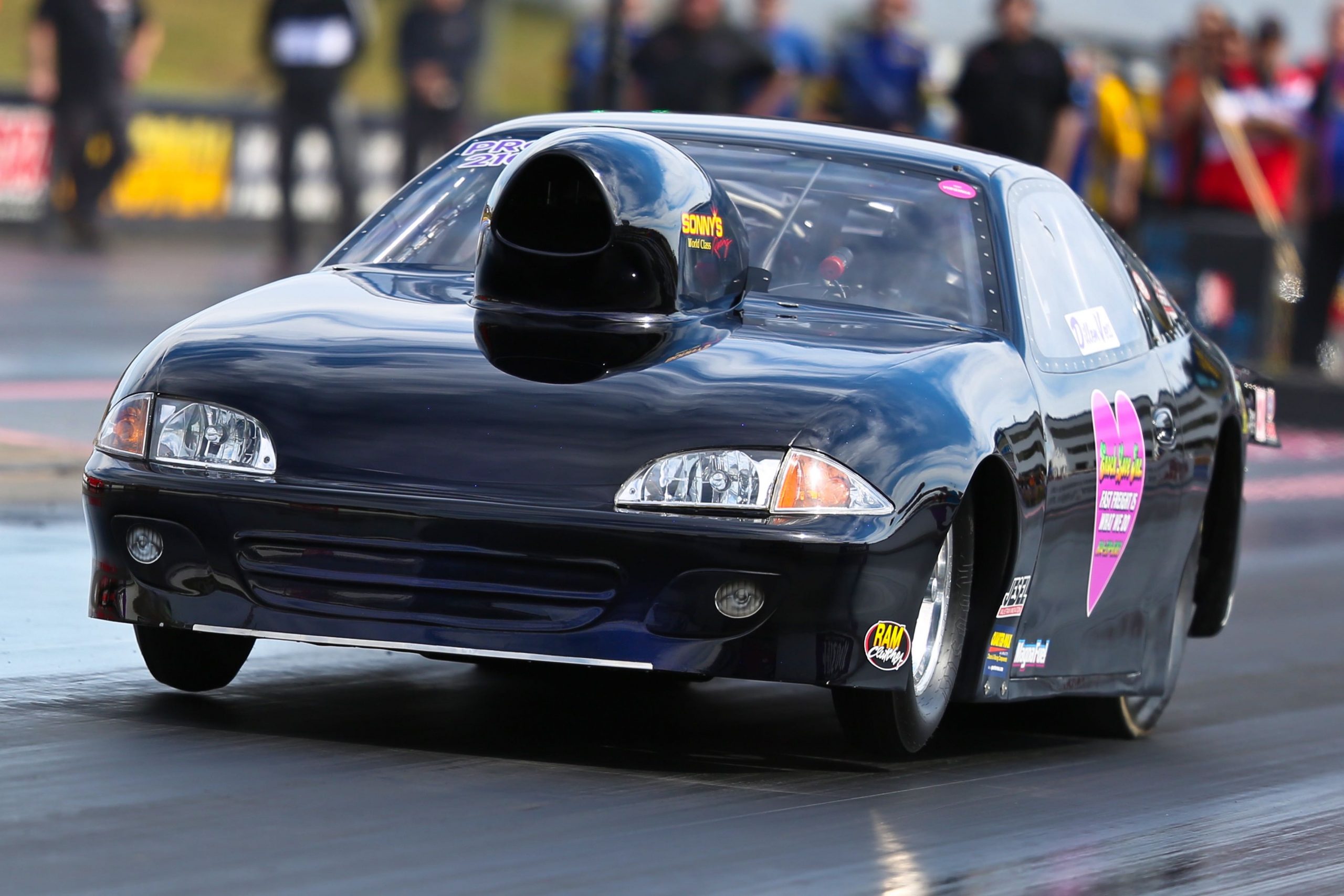 Extreme Pro Stock (XPS) rookie Dillon Voss made another final round appearance at the PDRA’s World Finals at Virginia Motorsports Park. The Florida-based driver campaigns the Sonny Leonard powered RJ Race Cars-built 2004 Chevrolet Cavalier owned by Enoch Love out of Richmond. Voss ran a career best 4.028-seconds at 178.61 mph to qualify third in one of the fastest fields in XPS history.

“We made a pretty stout 4.04 second pass Thursday testing, and we knew we had a car to compete this weekend,” Voss said. “We made some changes to the car prior to this event and the car is responding extremely well. The air was great and we knew the field would be fast, we just needed to make good A to B runs.”

With the air being so good, many teams were aiming for that elusive first every 3-second run in competition. The schedule was shortened because of incoming weather to a Friday/Saturday race instead of the originally planned Friday-Sunday race.

“Engine builder Sonny Leonard has been over helping with the engine, and the crew has been giving me a great car. We missed the set-up in Q1 and were sitting on the outside looking in for the final qualifying pass. Our plan going into Q2, the last qualifying session, was to repeat our 4.04 pass from testing,” Voss explained. “When I let the clutch out and it carried the wheels until I shifted into second gear i knew we were on a pass. That 4.02 was impressive for us, we are campaigning a car built in 2002, it doesn’t have the lightest wheels, or carbon fiber brakes. We are squeezing every bit out of this piece, and it’s working great!”

In the semifinals Voss faced 2018 Extreme Pro Stock World Champion Steven Boone. Voss and Boone previously met in the final round of the 2018 Fall Nationals in Darlington.

“Last time I ran Boone we were .008 and .009 on the tree. I knew it would be a dog fight. So I went into this round knowing I could leave nothing on the starting line and had to do my job to hit the shifts and get the car down the track,” Voss said.

In the final, Voss ran Chris Powers. Powers qualified No. 1 with a record-setting 4.007 pass. Powers also recorded back-to-back passes of 4.01 in the first and second round of eliminations.

“I figured we could duplicate our 4.02 pass from the previous day. If I did my job on the starting line, I knew we would have a real chance at winning this thing,” Voss said. “Unfortunately ,we ran into some engine troubles and were not able to make a full pass, But we still had a very successful weekend.”