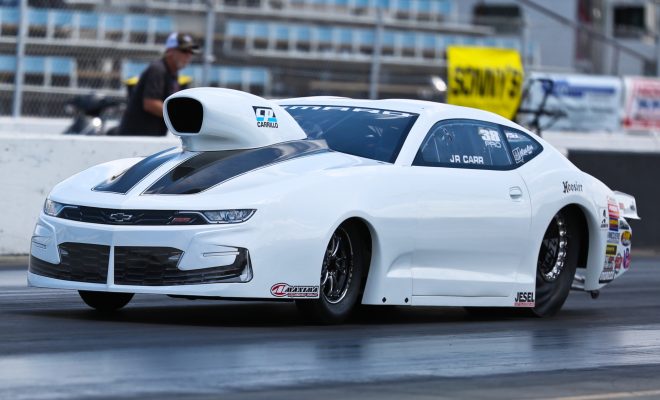 A couple of races within a race are sure to add pressure and excitement as the Professional Drag Racers Association (PDRA) returns to GALOT Motorsports Park for the series’ fifth of six races on the 2020 schedule, PDRA DragWars presented by Modern Racing, Oct. 8-10. The Race to the 3-Second Zone in Extreme Pro Stock, as well as Nitrous Wars, will add intrigue to the PDRA’s second 2020 visit to GALOT.

In Liberty’s Gears Extreme Pro Stock, the Mountain Motor Pro Stock racers have been attempting to dip into the 3-second zone since PDRA established the Liberty’s Gears 3-Second Club in 2017. No one has recorded a 3-second pass in competition yet, but series officials and contending racers believe the first 3-second pass could happen at DragWars.

“The combination of cool, crisp air and a fantastic track surface at GALOT should make for ideal conditions for the first official 3-second pass in Extreme Pro Stock,” said Tyler Crossnoe, race director, PDRA. “There are a handful of guys who absolutely want to be the first member of that 3-Second Club. Chris Powers almost did it with his world-record 4.007 at the World Finals last year. Johnny Pluchino wants it just about as bad as he wants to win his fourth race of the season. Then, you have JR Carr, who just went 4.02 to the eighth-mile when he set the new quarter-mile MMPS record over the weekend. It’s going to be a tight race to see who does it first.” 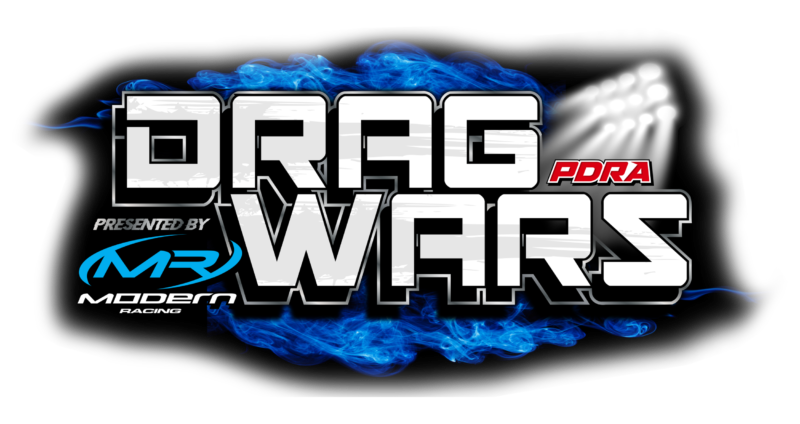 Nitrous Wars, which rewards engine builders in Switzer Dynamics Pro Nitrous, is a season-long competition to see which racers and engine builders can rack up the most low qualifier awards. After the first four races, defending world champion Jim Halsey has two No. 1 awards with Fulton Competition Engines power and two-time world champion Tommy Franklin has a pair of low qualifier awards with Pat Musi Racing Engines power.

“These next two races are going to be huge for the Nitrous Wars competitors,” Crossnoe said. “Jim and Tommy have been fighting back and forth for the No. 1 spot all season long. Not only is it a benefit on race day, but they also know that Nitrous Wars trophy at the end of the season means a lot to their engine builders. With the cool fall conditions we’re going to see at DragWars and the World Finals, you know those two racers – and a ton of other tough competitors in Pro Nitrous – will be chasing that No. 1 spot with some incredible numbers.”

DragWars presented by Modern Racing is the penultimate race in the PDRA’s road to the World Finals, where the 2020 world champions will be crowned. Past Pro Nitrous world champion Jason Harris is the points leader in Penske/PRS Pro Boost presented by WS Construction, while Franklin and Pluchino lead in Pro Nitrous and Extreme Pro Stock, respectively. Wes Distefano leads the points in $hameless Racing Pro Outlaw 632, as does Travis Davis in Drag 965 Pro Nitrous Motorcycle.

Fans interested in attending DragWars at GALOT Motorsports Park are encouraged to purchase tickets in advance online at PDRA660.com. Tickets are available for $20 for Friday or Saturday. Kids 10 and under get in for free with a paid adult ticket.