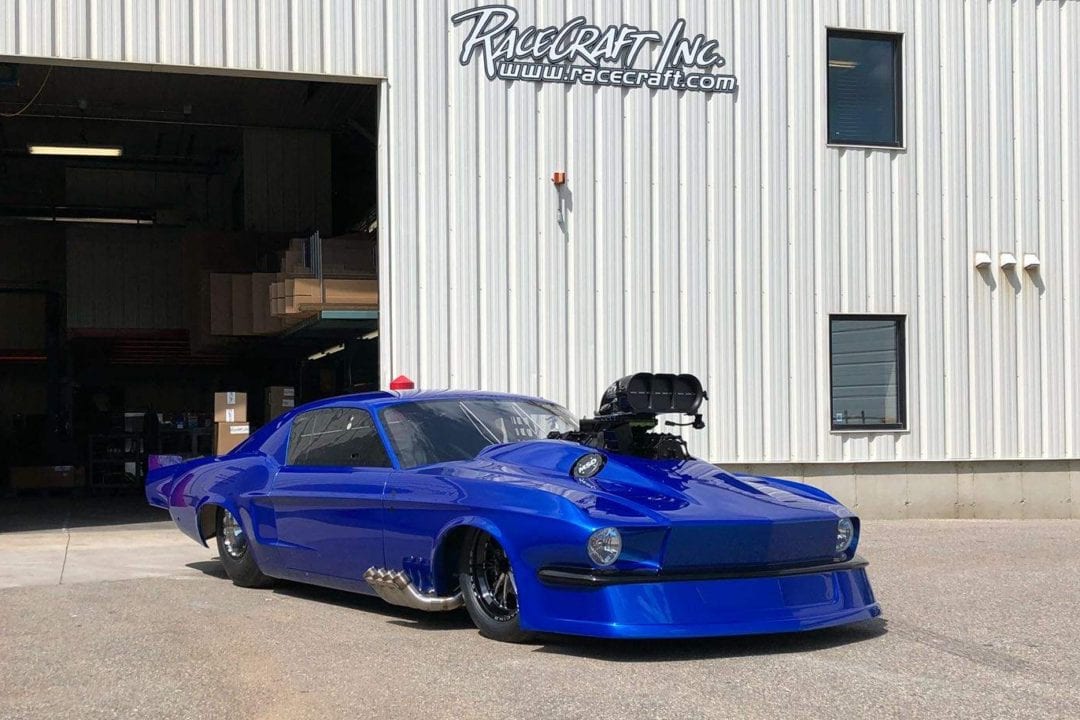 In the fall of 2016, Fletcher Cox took his racing team from a multiple-car operation down to a single-car team and decided to focus solely on the popular “GoldDust” Mustang that was owned by his late brother. Cox and company shipped their well-known twin-turbocharged Ford Mustang, driven by Shawn Ayers, overseas to Australia for another chapter in that very historic piece of metal’s life.

Since then, Cox Racing has run rampent on multiple classes with GoldDust, including setting the world record in Limited Drag Radial that stood for over a complete season of racing and currently sitting atop the championship points standings in the National Muscle Car Association (NMCA)’s Street Outlaw category. All while the team has endured much success with Ayers continuing the driving duties, the overall goal was to reach drag radial’s pinnacle category once more, but with a car built to the extent of the rulebook and pushing the limits, just as the NFL superstar does on the gridiron. 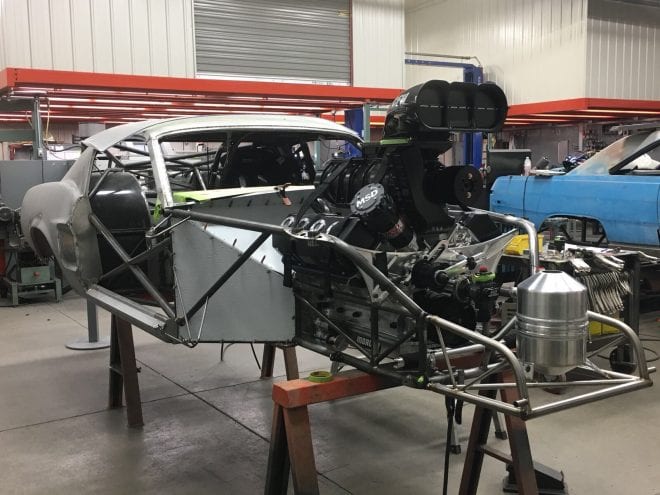 During the 2017 racing season, Cox and company reached out to the chassis and suspension component company of Racecraft, Inc. in Madison Lake, Minnesota, to begin plans for a one-of-a-kind dream build. The object was simple: build the nicest and best-working car sitting on drag radials to compete against and beside some of the toughest racers and teams in the world. Seems simple, right? After multiple conversations back and forth between both parties, the decision was made. Cox and team began construction on a ’67 Ford Mustang that began life with a steel roof and a set of steel quarter panels to comply with multiple rules sets, including the NMCA Radial Wars class. Racecraft, Inc. then took over with their creative minds to begin the chassis construction with many custom built and formed pieces to make the newest ride in the Cox Racing camp the nicest yet. Menscer Motorsports is back on board with a number of one-off pieces, including their revolutionary 4-way adjustment rear shocks to complete the near-flawless chassis and suspension side of the machine.

DiSomma Racing Engines was in charge of the horsepower between the frame rails, which is provided in the form of a popular HEMI bottom end topped off with custom-machined parts throughout, including Manley valves and a set of Atomizer Billet Injectors to fuel the beast. One major change for this new car compared to the previous RVW entry for Cox Racing is that they will be relying on a roots blower from none other than Chuck Ford instead of the twin turbochargers on the previous car. Neal Chance Converters, Quick Drive and a Liberty 4-speed transmission are all joining together to propel the abundance of horsepower through the driveline and to the sticky Mickey Thompson 315 drag radials out back held together by a set of MacFab beadlocks.

After all the fabrication work was completed, the Mustang was shipped over to Tom Shultz for a splash of deep blue paint to bring one of Cox’s dreams to life. The car also features functional headlights and taillights, along with other options that were seen in the stock 1967-year model. The team at Racecraft, Inc. is now upon the assembly stage with the car, wiring in multiple products from Davis Technologies, plumbing and more, all under the guidance of Bruder Brothers Racing and Nick Bruder, the longtime crew chief for Cox on a number of his cars. Rich Bruder and Brad Crotts are staying on board along with the Corinth, Mississippi-based wheelman, Shawn Ayers. While the car looks close to completion, there is still a host of tasks to be completed before the car hits the racetrack. With Cox starting up his sixth season in the NFL and coming off a Super Bowl championship season, the race team will slightly be put on hold, but they plan to debut early in 2019, possibly even at the juggernaut Lights Out event produced by Donald Long and DuckX Productions.