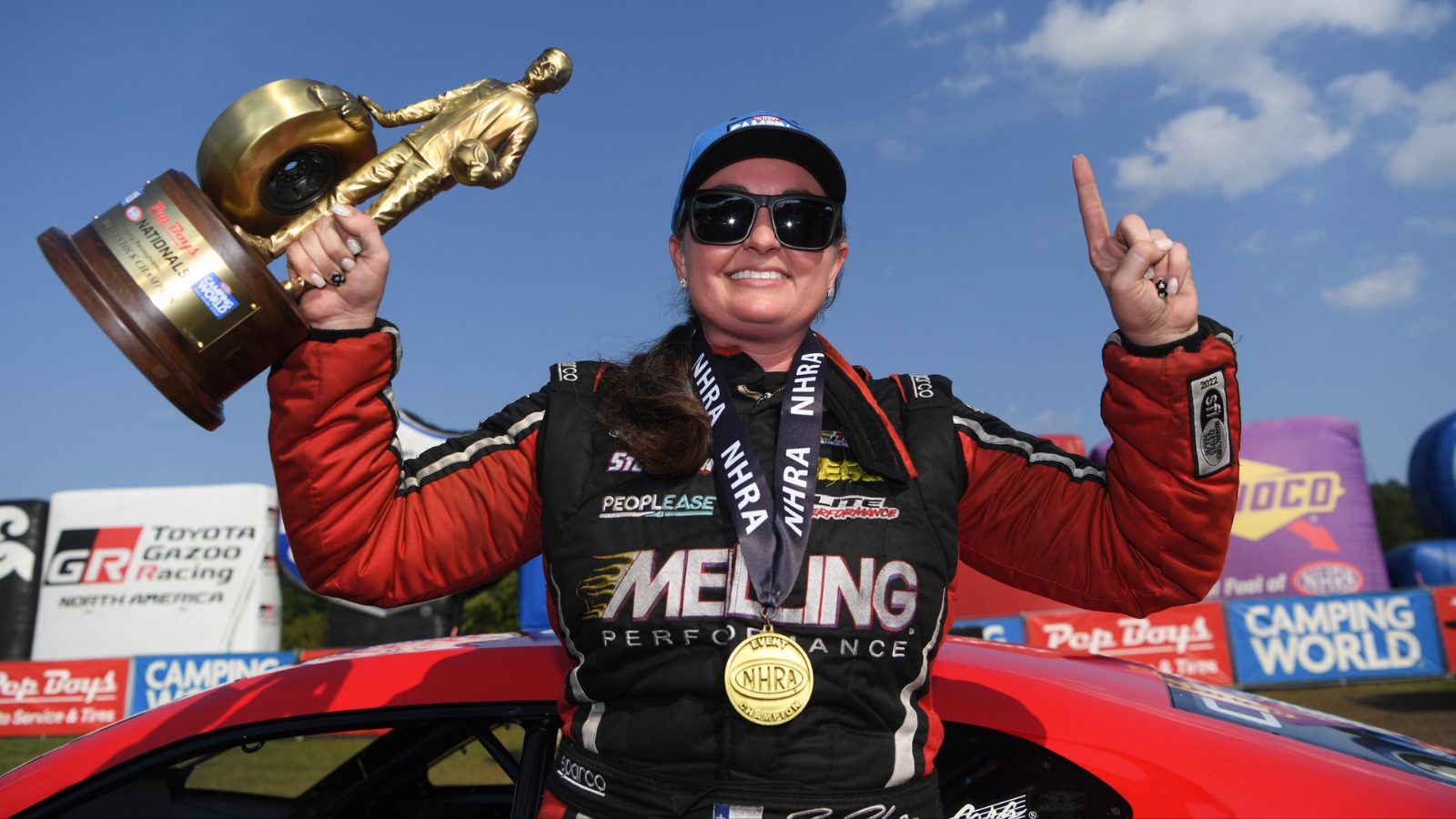 The Elite Motorsports Pro Stock team swept the first race of the Countdown to the Championship as they nabbed the low qualifier, runner-up and winner titles this weekend at the Pep Boys NHRA Nationals at Maple Grove Raceway.

Erica Enders landed her Melling Performance/Elite Motorsports Camaro in the winners circle defeating teammate Troy Coughlin Jr. in an all-Elite final round. This marks her seventh win of the season and the first time she’s won at this facility.

“I’ve had a race car that most Pro Stock drivers dream about all season long,” said Enders just moments after she exited her car. “That’s thanks to my guys. They work their tails off back at the shop. It’s my job behind the wheel to execute perfectly and make them shine. We did that today, and I could not be more proud.

“This year I had a goal to win at the tracks we hadn’t won at before. We started off winning the Winternationals in Pomona, then we won in Sonoma which had evaded us for 18 years. We’ve missed Reading for 18 years as well, but we got it done today.”

Former Pro Stock world champion Bo Butner knows how to turn it on when it counts. The skilled driver snagged his first No. 1 qualifier of the season at the first event of the Countdown to the Championship with a blistering pass of 6.523-seconds at 210.08 mph. Coming into the Countdown from the 11th position in points, Butner has been poised for a turnaround and it looks like everything is coming together at the right time for his Johnson’s Horsepowered Garage Camaro.

Elite Motorsports teammates Coughlin and Cristian Cuadra were the first pair out for eliminations on Sunday, qualified No.8 and No. 9, respectively. Coughlin had the starting line advantage and held onto it for the win.

Aaron Stanfield faced rookie Camrie Caruso in the first round of eliminations. The third-generation driver of the Janac Brothers/JC3 Energy Camaro won it by two-thousandths of a second despite Caruso’s slight starting line advantage. In the quarterfinals, Stanfield was defeated by Kyle Koretsky, who’s family recently purchased Maple Grove Raceway where they’ve made substantial improvements to the facility.

In his Corral Boots Mustang, Fernando Cuadra Jr. lined up against current Pro Stock world champion Greg Anderson on Sunday morning. With identical reaction times of .020-seconds at the starting line, Anderson pulled ahead of Cuadra Jr. for the round win.

Butner faced his Elite Motorsports teammate, Fernando Cuadra Sr., who qualified in the No. 16 spot in his new Corral Boots Camaro (formerly driven by Butner). Cuadra Sr. got the starting line advantage but Butner managed to get around him for the win. In the second round of eliminations, Coughlin took out Butner, advancing to the semifinals where he faced Anderson. With a reaction time of .020-seconds, Coughlin took out Anderson as he raced to the finals in his JEGS.com/Elite Motorsports Camaro.

Entering eliminations from the No. 2 qualifier position, four-time Pro Stock world champion Enders defeated Alan Prusiensky to wrap up the first round of competition. When she faced Matt Hartford in the quarterfinals, he left a few thousandths too early and Enders powered her Melling Performance/Elite Motorsports Camaro straight down the track for the win, laying down a fierce pass of 5.569 at 209.39. Facing Koretsky in the semifinals, Enders got the starting line advantage and stayed ahead all the way to the finish line before facing and defeating Coughlin in the finals.