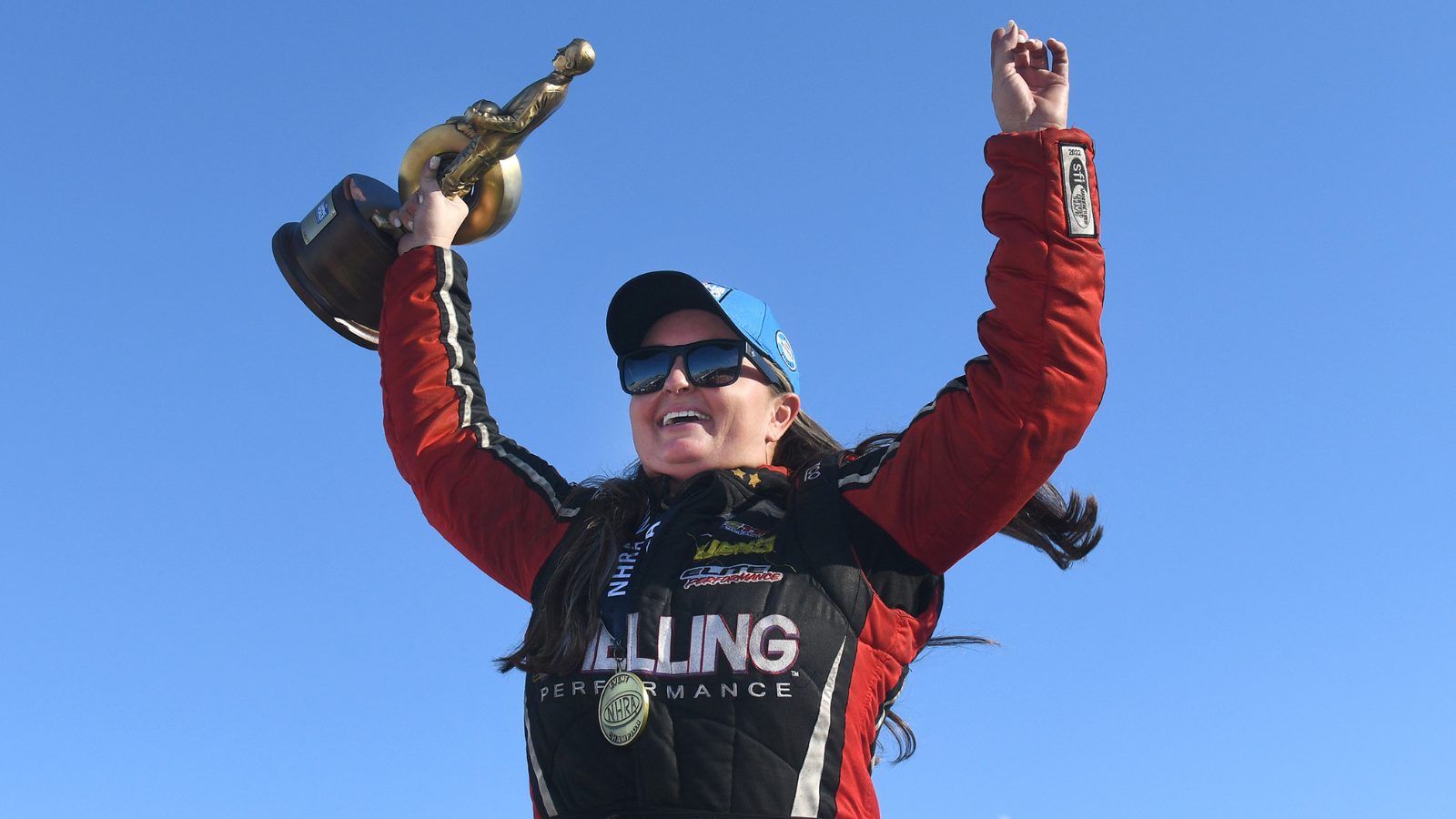 For the fourth year in a row and sixth time overall, Erica Enders parked her Melling Performance/Elite Motorsports Camaro in the winners circle at World Wide Technology Raceway today at the NHRA Midwest Nationals.

Enders further advanced her lead in the NHRA Camping World Drag Racing Series Countdown to the Championship by earning her eighth win of the season and the 13th for Elite Motorsports.

“This track has been really great to us,” said Enders. “I’ve been racing here since I was 15 racing in Super Comp. This is super meaningful because it’s my Crew Chief Mark Ingersoll’s home track. His whole family is here this weekend and it’s always fun to win in front of a hometown crowd. Qualifying didn’t go the way we wanted but we made up some ground today. We’ve got our work cut out for us, but I’m hoping to keep the drive for five alive.”

Pro Stock competition started with Bo Butner facing Deric Kramer from the No. 8 position on the ladder. Butner’s Johnson’s Horsepowered Garage Camaro got out of the groove and drifted toward the left wall forcing him to lift off of the throttle and give the round win to Kramer.

Competition Eliminator driver Mike DePalma made his Pro Stock debut this weekend in Cristian Cuadra’s Corral Boots Mustang. C. Cuadra has been under the weather and he elected to have DePalma drive in his absence. DePalma made a solid pass of 6.545-seconds at 210.93 mph but came up short against NHRA Rookie of the Year Dallas Glenn’s 6.534 at 210.70 in the first round.

In other Round One matchups, Troy Coughlin Jr. went 6.528 at 210.67 in his JEGS.com / Elite Motorsports Camaro for the win against Mason McGaha. Fernando Cuadra Jr. came up just 18-thousandths short against Greg Anderson, and Enders outpaced Chris McGaha.

Aaron Stanfield and Fernando Cuadra Sr. were paired up in the only first-round matchup to feature two Elite Motorsports Pro Stock machines. Stanfield was looking for another event win after emerging victorious last weekend in Charlotte, N.C. Cuadra Sr.’s Corral Boots Camaro veered hard to the left and he had to lift, advancing Stanfield to face Glenn in the quarterfinals.

Unfortunately for Stanfield, a second consecutive victory was not in the cards for the Janac Brothers/JC3 Energy Camaro. Glenn got the win on a holeshot with a Margin Of Victory of just 13-thousandths of a second.

Elite teammates Enders and Coughlin faced each other in the second round of competition. Coughlin had the starting line advantage but Enders was able to power her hot rod around her teammate to advance to the semifinals where she would face No. 1 qualifier Kyle Koretsky. Enders took her starting line advantage to the finish line, advancing her to her 10th final round of the season.

In the final round, Enders faced Glenn. Both drivers are known for killer reaction times and fans watched the staging lights closely as the two prepared to launch. In a surprising turn of events, Glenn went red, giving the win to Enders.

Enders and all of her Elite Motorsports Pro Stock teammates will travel to her home state of Texas for the next stop on the NHRA Camping World Drag Racing Series tour, the Texas NHRA FallNationals at Texas Motorplex, outside of Dallas, October 13-16. 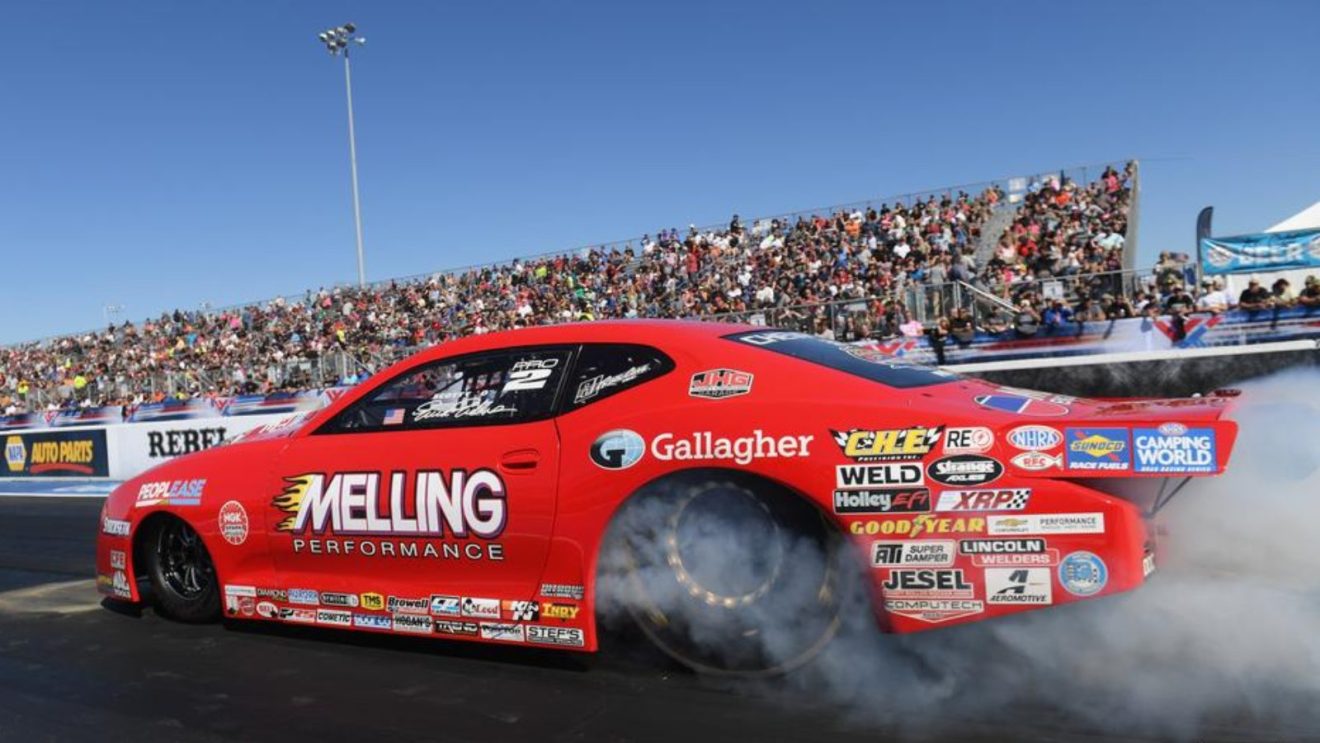 Erica Enders lays down a smokey burnout in front of a sellout crowd at World Wide Technology Raceway. 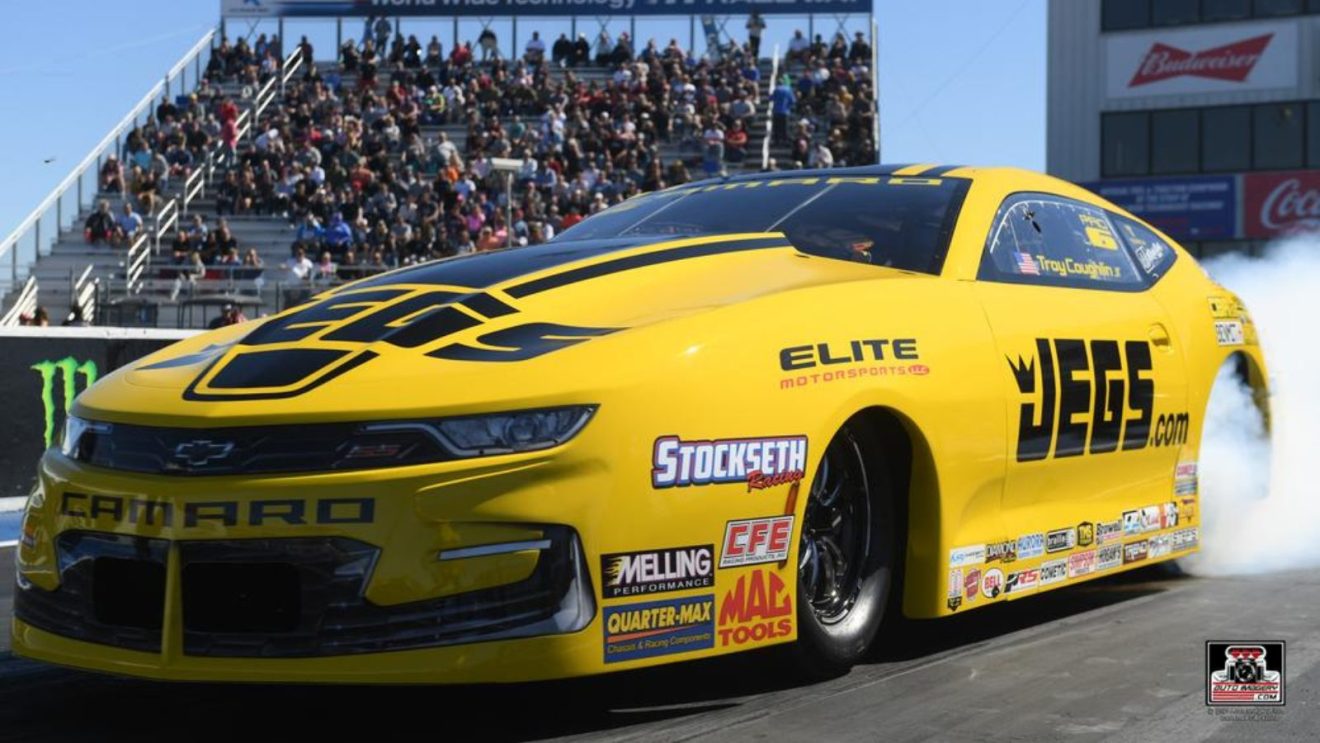 Troy Coughlin Jr. puts on a show for excited fans at the NHRA Midwest Nationals. 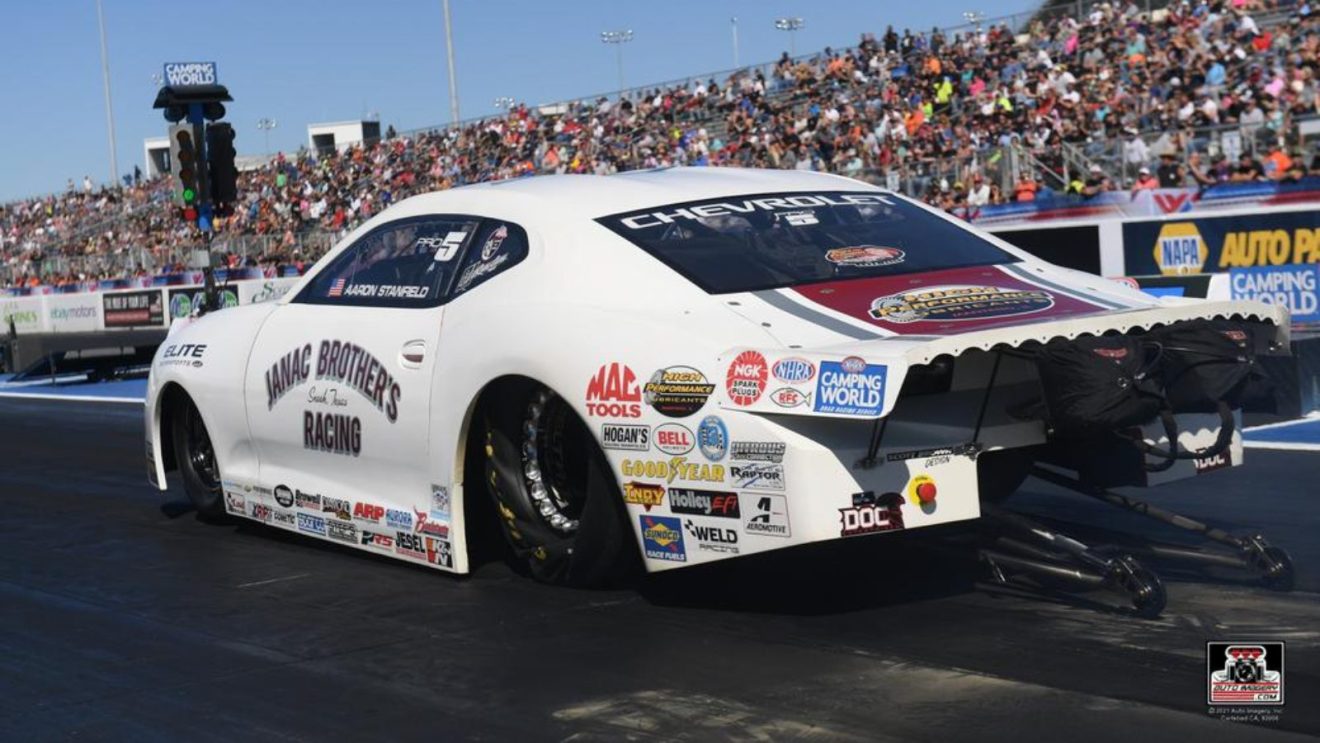 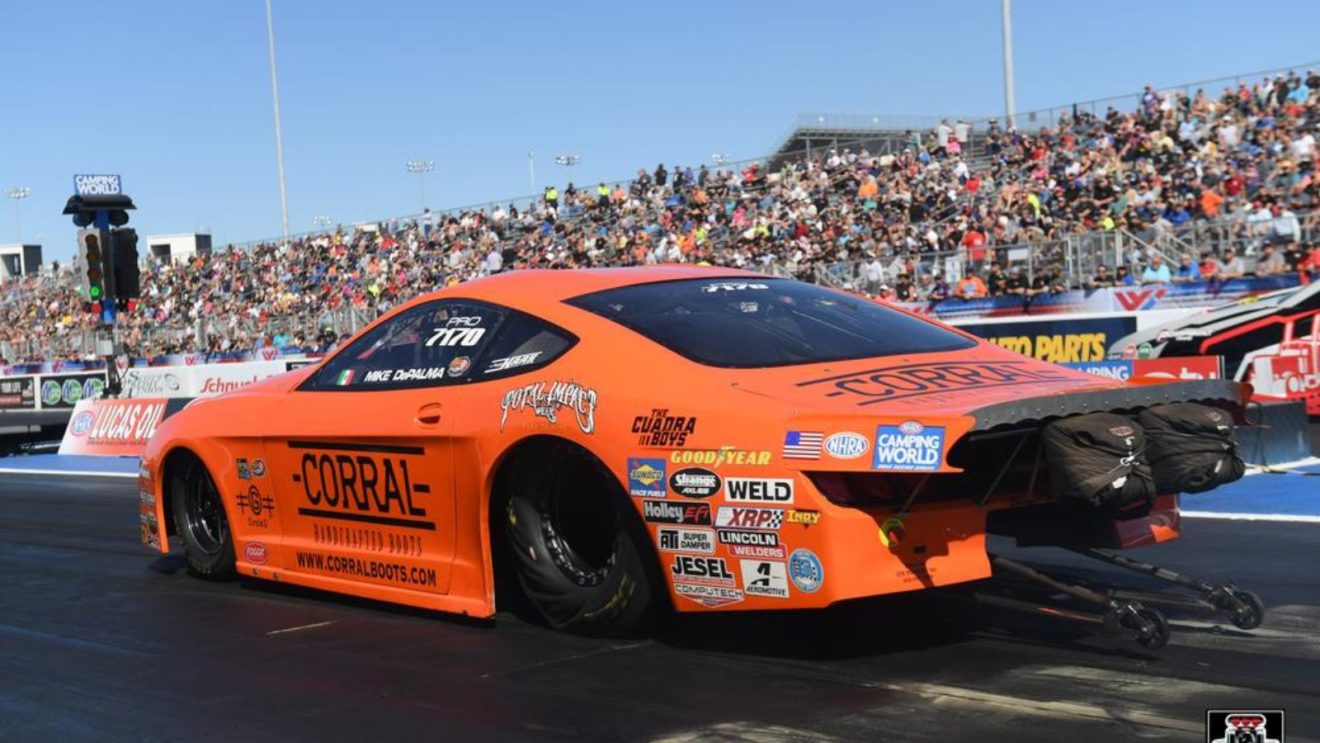 Mike DePalma makes his Pro Stock debut in Cristian Cuadra’s Corral Boots Mustang. DePalma acted as a substitute for C. Cuadra in the third race of the Countdown. 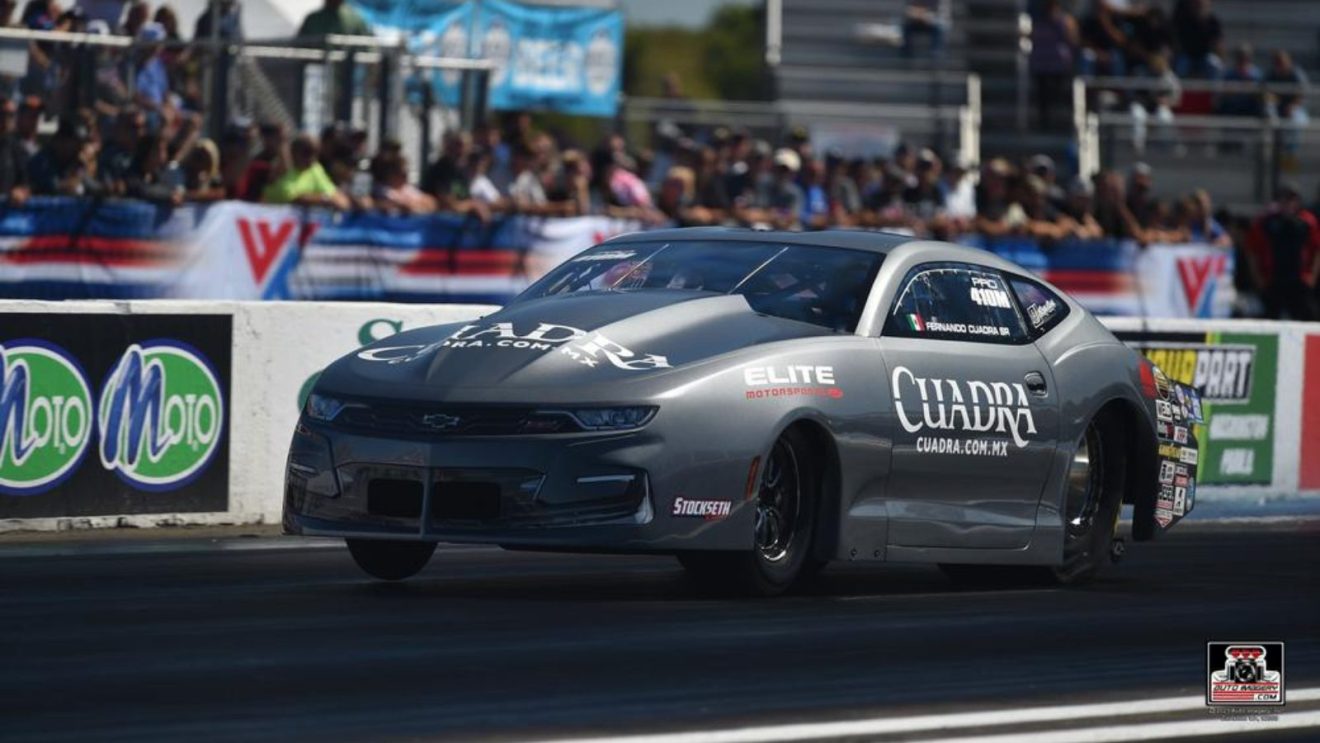 Fernando Cuadra Sr. blazes down the track in his Corral Boots Camaro. 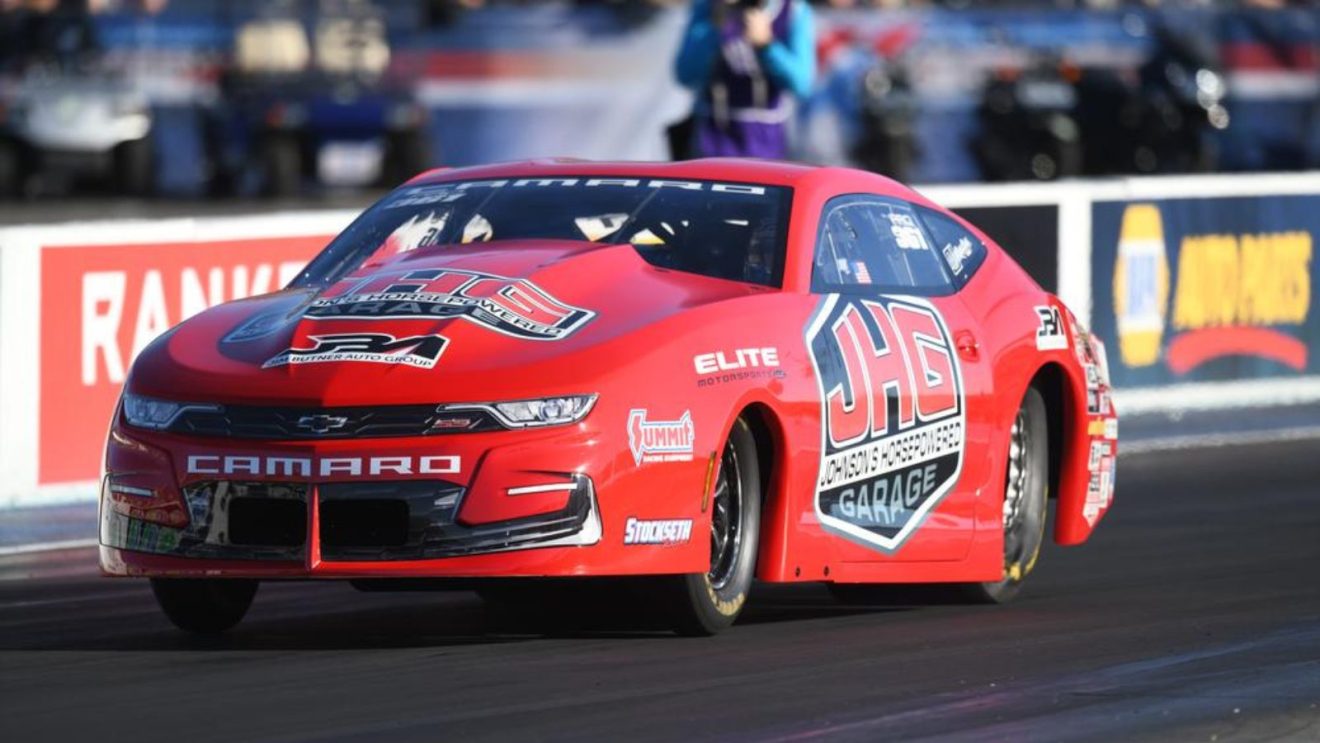 Bo Butner speeds to the finish line in his Johnson’s Horsepowered Garage Camaro. 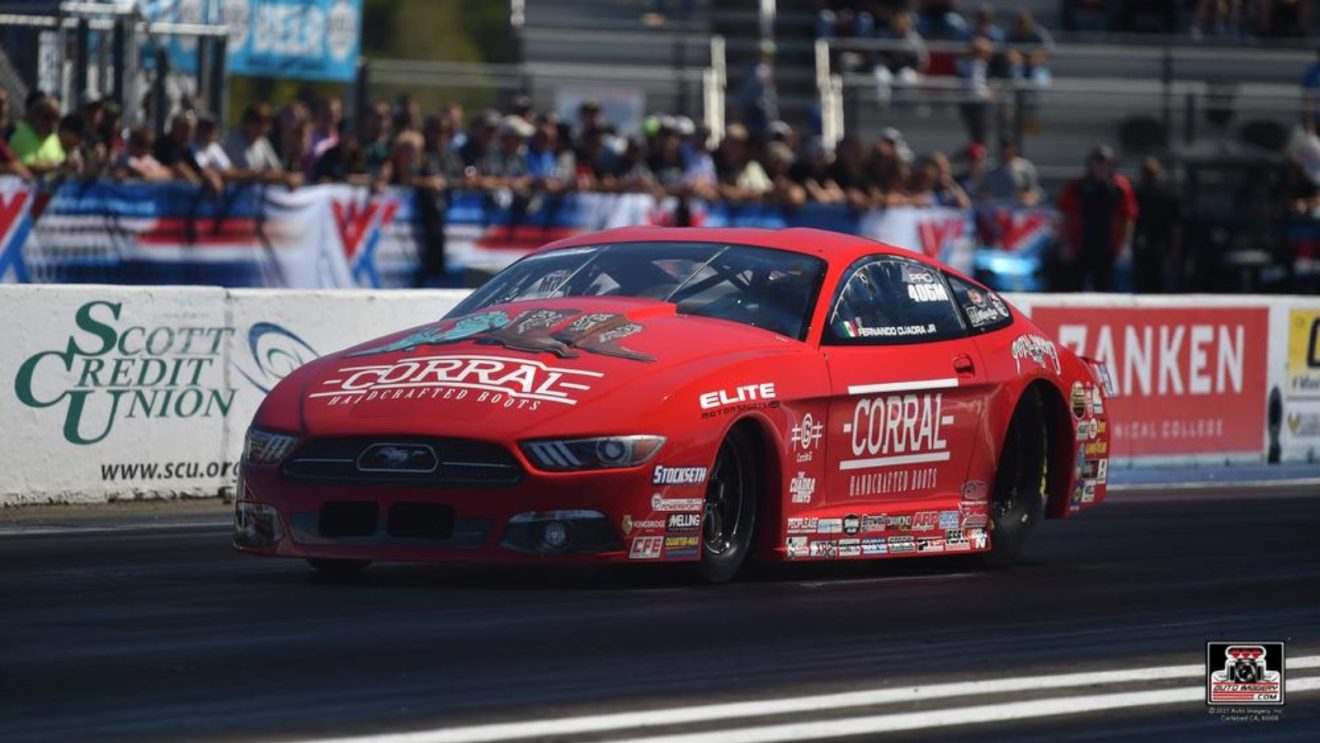 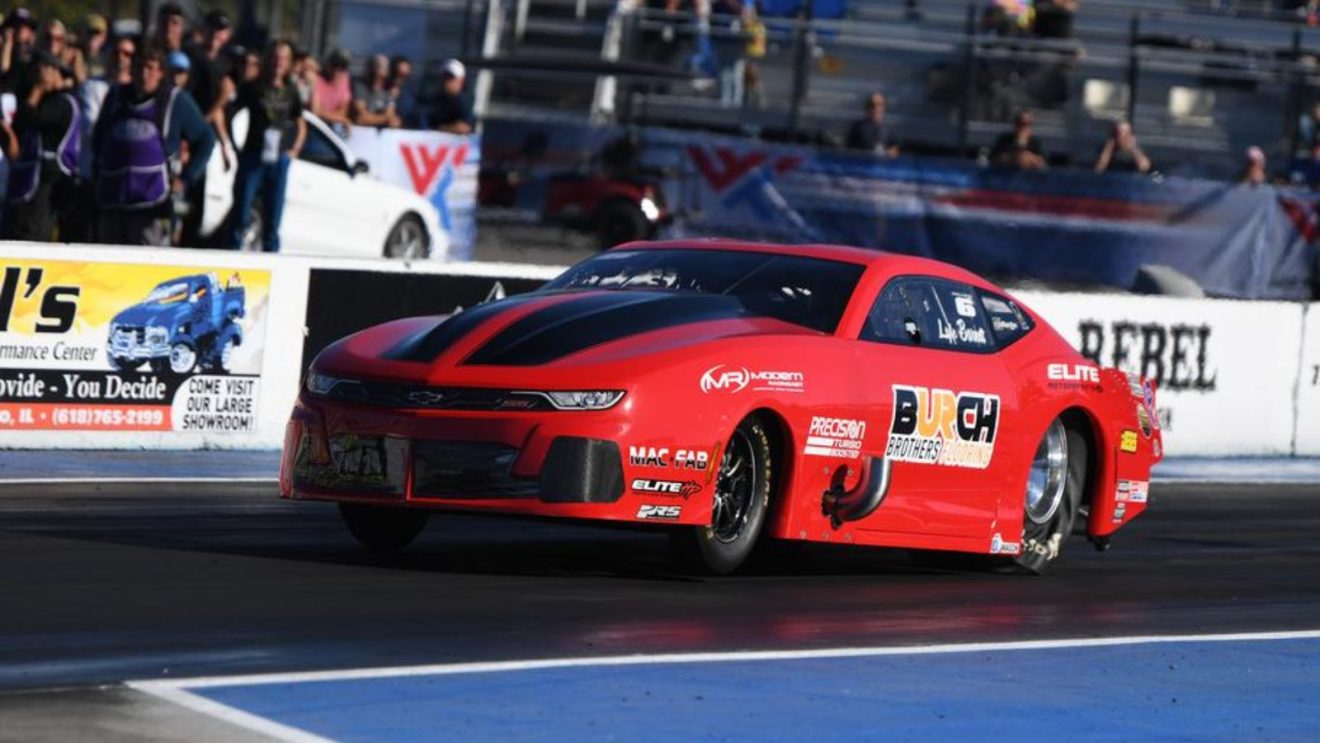 Lyle Barnett takes to the track in his twin turbo Pro Mod machine.