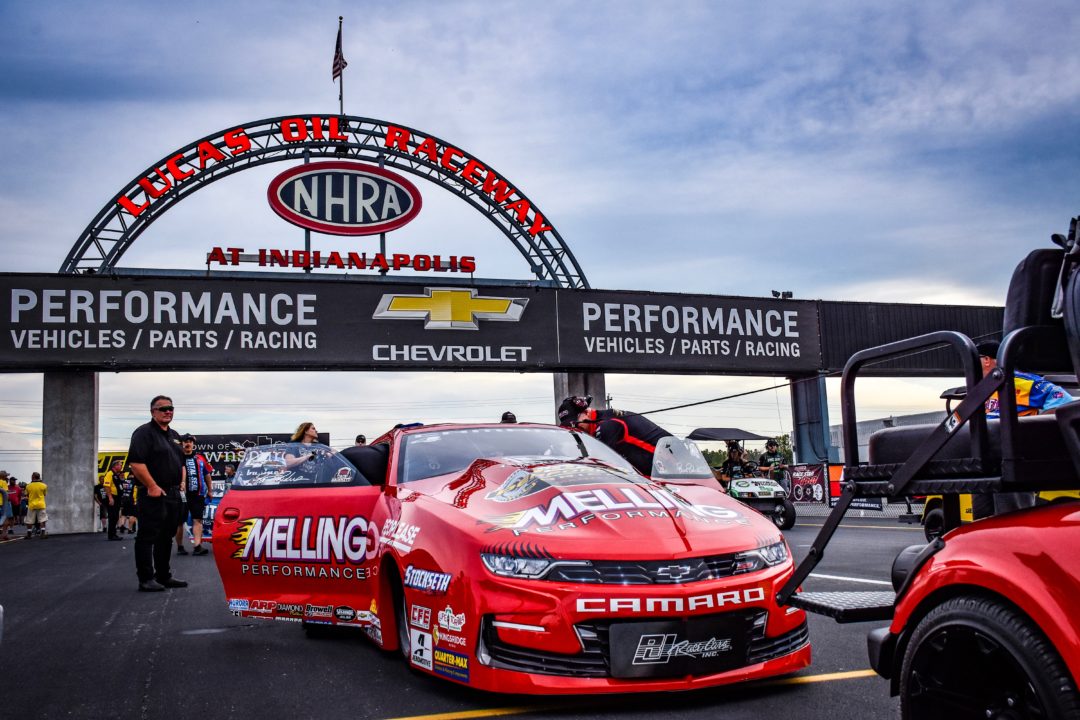 After what appeared to be a dream weekend at the biggest race of the year, Erica Enders’ impressive run at the U.S. Nationals ended in heartbreaking fashion in the final round.

But with the Countdown to the Championship up next, the two-time Pro Stock world champ is determined to rebound in an impressive way.

Enders qualified third at Indy and rolled to her 49th career final on a flurry of consistent performances, but a mechanical failure in the final round against Elite Motorsports teammate Alex Laughlin on Monday came at the most inopportune time. Enders called it a “gut-wrenching” loss, but she’s also eager to use it as motivation to finish her 2019 NHRA Pro Stock season.

“It’s kind of like playing golf,” Enders said. “You have a bad shot and you can’t drag it to the next hole. I told my crew chiefs before we left that I’m absolutely more determined than I’ve ever been. I am not letting up and I know they’re not. I feel like they have their confidence back. We’re going into the Countdown fifth and 50 points back, and it is game freaking on. I am not letting up.”

The U.S. Nationals marked the final race in the NHRA regular season, and Enders appears to be on the right track in her Melling Performance/Elite Motorsports Chevrolet Camaro. She advanced to her second straight final round and was remarkable on the starting line all weekend at the Big Go, including a .007 in the final round against Laughlin.

But second gear broke on the car, slowing to a 6.773 at 206.80 mph as Laughlin slipped by Enders by just four feet at the finish line. Just missing out on her second Indy win was tough, but Enders remains driven to not let it define her season. 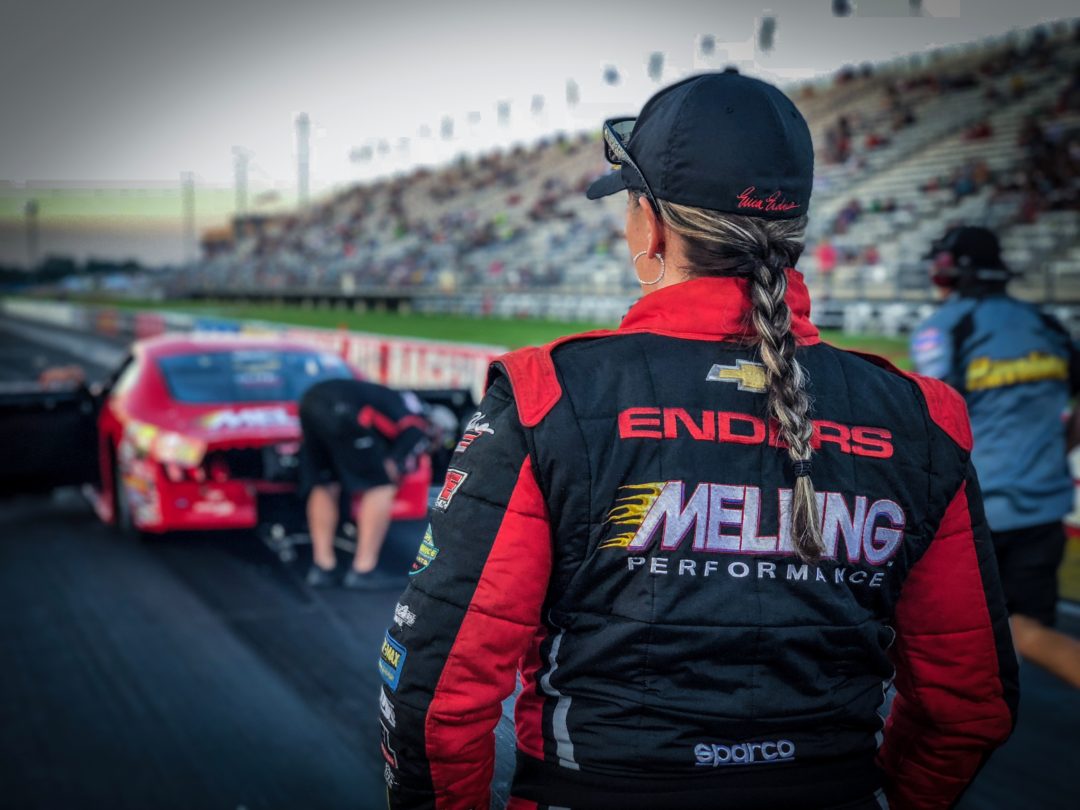 “We performed pretty flawlessly throughout the five days and I’m really proud of my team, but the end was absolutely gut-wrenching,” Enders said. “We had the car, it just wasn’t meant to be. To let one slip through our fingers, it was excruciating. But every time you get knocked down, you get back up and you’re stronger. All of these experiences are going to make us better.”

Enders received a number of encouraging messages following the emotional final round, including one from legendary driver Shirley Muldowney. The support helped Enders remain optimistic for what is ahead, as the team also looks to be hitting its stride at the perfect time.

The Countdown to the Championship starts at Maple Grove Raceway in two weeks and Enders promises that she and her team will “absolutely be relentless.”

“I’m very optimistic and excited, and I’m very encouraged by the weekend (in Indy),” Enders said. “It will definitely be a dogfight, but I’m so thrilled with our performance this weekend. We were extremely consistent, and I felt like I was doing my job on the Christmas tree.”

The goal will be to continue that during the NHRA Nationals Sept. 12-15 at Maple Grove Raceway and then the five playoff races that follow. By starting the Countdown to the Championship in fifth place, Enders sits 50 points behind points leader Bo Butner. But with momentum starting to swing in her team’s direction, Enders is eager to see what her team can accomplish the rest of the way.

“I love the pressure and I love having the opportunity to work with such determined people, and I’m thrilled about these next six races and what’s to come,” Enders said.