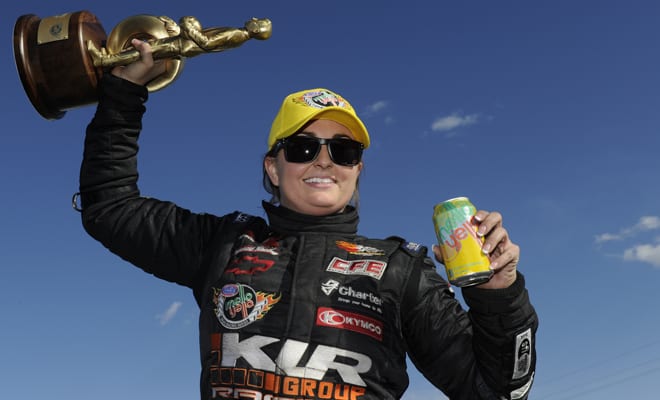 Furthering a successful partnership that began at the Chevrolet Performance U.S. Nationals, Serving Orphans Worldwide (SOW) has invited Pro Stock driver Erica Enders-Stevens to fill a seat on its Board of Directors. 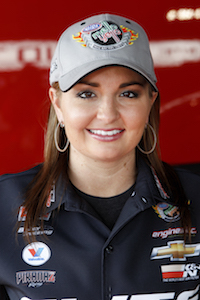 “After being introduced to Richard Baker and Serving Orphans Worldwide earlier this year in Indianapolis and learning the significant impact they have on kids around the world, I was honored when they asked me to serve on the Board of Directors,” Enders-Stevens said. “This charity has really touched me and Richie (Stevens, husband and fellow driver). We’ve been able to learn so much from them and how they help kids.

“It’s very humbling to be chosen to represent such a great endeavor as SOW. They already do so much and I only hope this opportunity brings more attention to their efforts. The best part is the Board of Directors and their affiliates cover all the administrative costs so 100 percent of the funds raised go directly to the orphans and orphanages.”

SOW’s Chief Operating Officer Richard Baker knew almost immediately after meeting the Pro Stock superstar that he wanted to appoint Enders-Stevens to an open position on his board.

“It was very obvious to me and the rest of the staff that Erica and Richie were very touched when they visited our office in Bristol,” Baker said. “Erica immediately expressed her passion for helping children but never had been exposed to a ministry that was currently involved with orphans. Once she saw the reality of what we were doing, you could tell she was deeply touched.

“From that moment I was considering her for the board because I knew she would clearly be doing this out of the kindness of her heart, not because she was expected to do it.”

With the common goal of spreading the word about SOW’s efforts, Baker feels Ender-Stevens motorsports background can help bring a new perspective to the organization as it tries to reach a wider audience.

“Since she is race car driver and from such a different background as the rest of the board,” Baker said, “I think she can bring a different element to the table. We’re trying to make the board more diversified to reach a wider population. With her having the opportunity to travel around the country and race, Erica is the perfect ambassador to help spread the word of SOW.

“We’re all very excited about having Erica join us and we know this will be a great fit.”