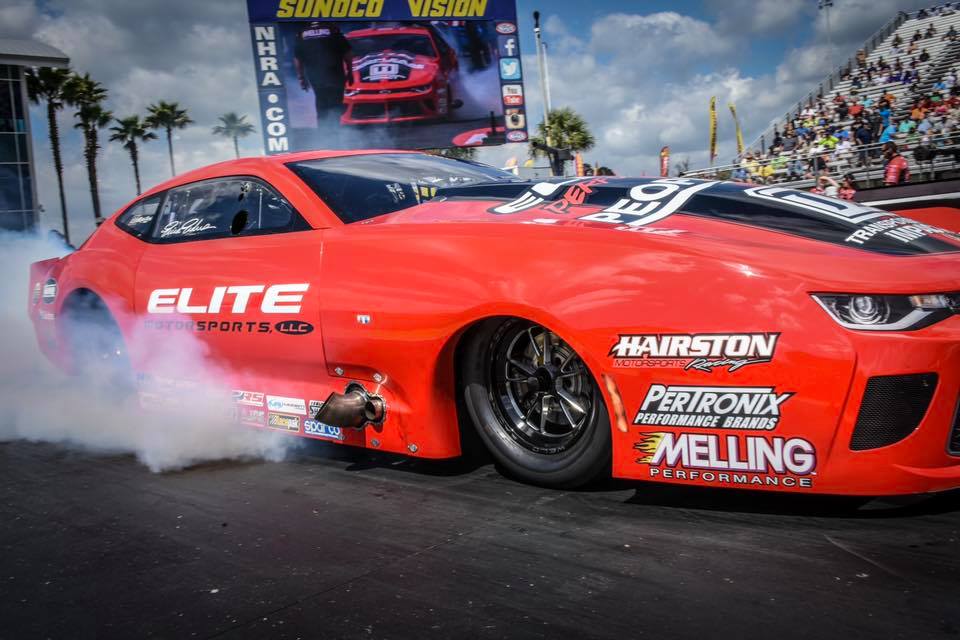 The latest sign that things are headed in the right direction in the Pro Mod world for standout driver Erica Enders came on Sunday on the bottom number of the scoreboard at Houston Raceway Park powered by Pennzoil.

On it displayed an incredible speed of 260.11 mph during her second-round pass at last weekend’s NHRA SpringNationals, making the run in the turbocharged Elite Motorsports Camaro the fastest in NHRA Pro Mod history.

It was a definite highlight for Enders, where the Houston-area native competed solely in Pro Mod. With Pro Stock not racing again until mid-May, it gives Enders and her talented team a chance to dial in the Pro Mod car and that happened this weekend, where Enders picked up a round win and the national speed record.

“We were fast all weekend on every run,” said Enders, a two-time Pro Stock world champion. “To run 260 and set the world record, it was pretty exciting. I think it definitely shows what we’re capable of and there’s some awesome horsepower the guys at Elite have built.”

It continued a steady climb in the Pro Mod ranks for the Elite Motorsports team, making solid improvements from the season-opener last month in Gainesville.

Enders didn’t qualify at that race – which featured the quickest qualifying field in NHRA Pro Mod history – but Enders could see the start of something special. That continued in Houston at the NHRA SpringNationals, where Enders qualified 15th with a 5.786 at an impressive 258.42.

She then picked up her first-round win of the year, going a strong 5.758 at 258.86 to upset No. 2 qualifier Chad Green. Enders went 5.809 at 260.11 in a narrow second-round loss to defending NHRA Pro Mod champion Mike Janis, but it was another solid – and record-breaking speed run – on a weekend filled with consistent performances.

“I definitely think we’re headed in the right direction,” said Enders, who has 23 career Pro Stock wins. “I feel pretty optimistic about how this weekend went. We made some good steps and we’ve got the right people in the right places.”

Those people include tuner Shane Tecklenburg, and Justin Elkes and his Modern Racing team, who each have proven to fit in flawlessly with the Elite Motorsports team. It was a massive undertaking in the off-season, but Enders is already seeing things move in an encouraging direction.

It’s a steep learning curve in a class filled with top-notch competitors, as Houston featured a remarkable qualifying bump of 5.790. But these are the challenges that Enders enjoys and she will get her next crack in the Pro Mod Camaro in two weeks at the NHRA Four-Wide Nationals at zMAX Dragway near Charlotte.

It’s another Pro Stock-free weekend by way of the new 18-race schedule in that class, meaning Enders can again put her sole focus in Pro Mod, which has its third of 12 events during the 2019 season at Charlotte.

“We’ve made huge strides in the right direction,” Enders said. “Everybody is new to the program, I’m new behind the wheel and it’s an entirely new operation. It’s going to take us a minute, but I’m looking forward to the future. The more laps we run, the more comfortable we’ll be. It’s a stout field, but I think with the group we have we’re capable of running at the top.” 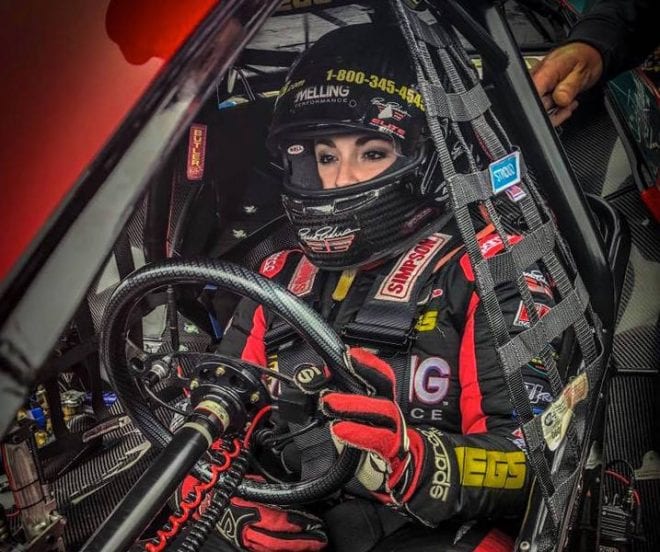