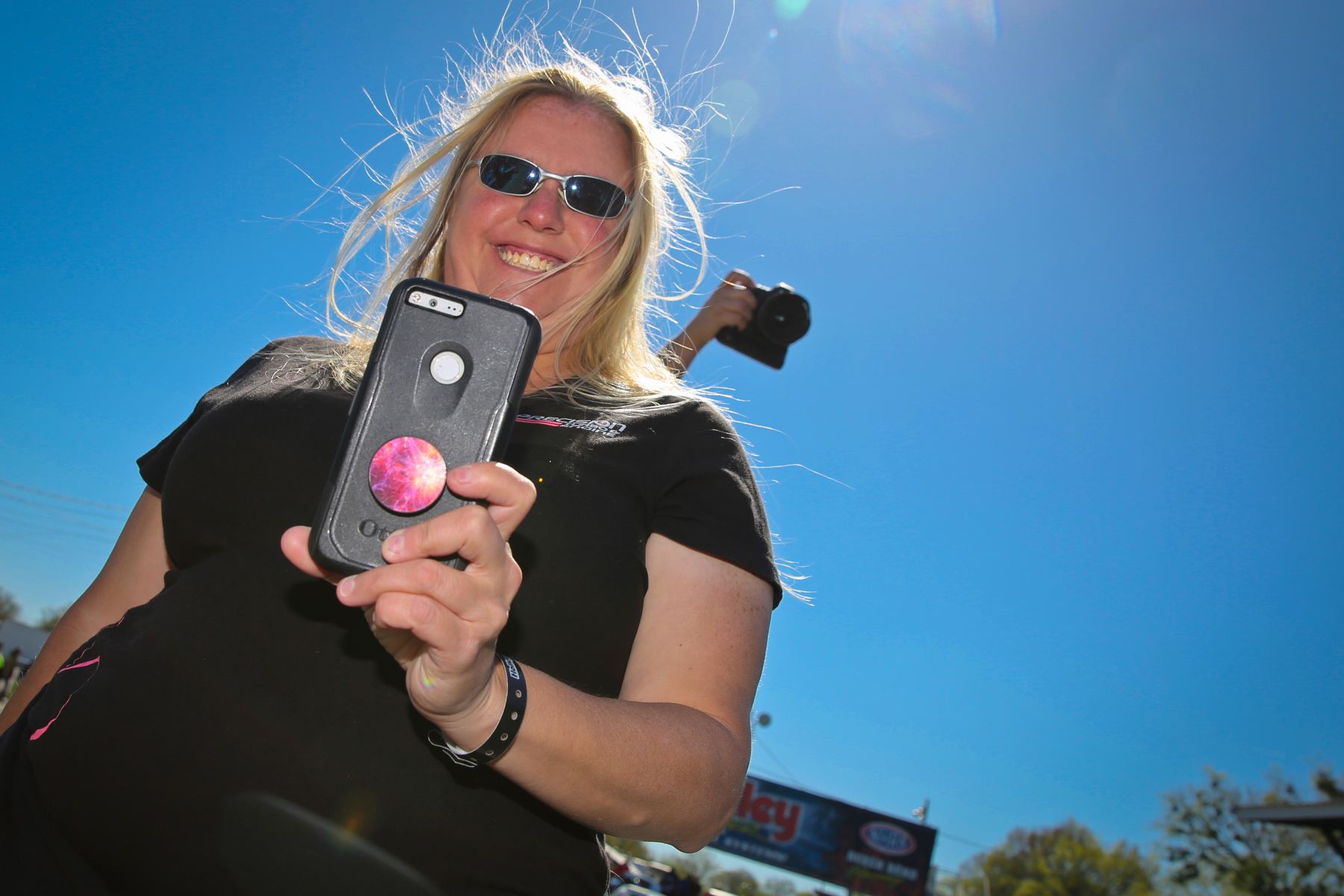 The title of Event Marketing Director doesn’t fully represent all that Ellen Eschenbacher does behind the scenes at Keith Haney’s Mid-West Drag Racing Series. From working with sponsors to bouncing ideas back and forth among Haney, the racers and the series’ track partners, it’s a big change from Eschenbacher’s days of live streaming dozens of different races across the country. It’s a time-consuming position that’s reduced her live streaming schedule, but what she does for the MWDRS more than makes up for what she’s missing.

“I do miss the live feeds but still manage to squeeze in a couple on Thursdays as we test at MWDRS,” Eschenbacher says. “But I love to talk to the people. The wives, moms, girlfriends, grandparents, and kids are the reason I even started doing this. So they can see their racer and be able to know they are OK.”

As of this season, the MWDRS races are streamed live on MAVTV Plus, so Eschenbacher feels better about focusing on her other duties at the races. She has a diverse list of responsibilities, each of which draw from her various experiences in drag racing over the years.

“My time with Tony Pedregon Racing taught me a lot of the business end and working one-on-one with sponsors,” Eschenbacher begins. “It also helped me with the event organization side. I also helped Dave Hance with the Shakedown at E’town and ORSCA previous to that. Even my time as a chef in Atlanta and in catering prepared me for this. Cooking for 2,000 people a day isn’t unlike a race with its many facets.”

Eschenbacher is grateful for the opportunity to work with the MWDRS and Haney. She first started working with Haney and the series a few years ago, and it’s more recently turned into a full-time position. Since Haney works during the week as the co-owner of numerous car dealerships in the Tulsa area, as well as Tulsa Raceway Park, Eschenbacher is able to help keep things flowing between events. It’s become a synergistic relationship between the two. 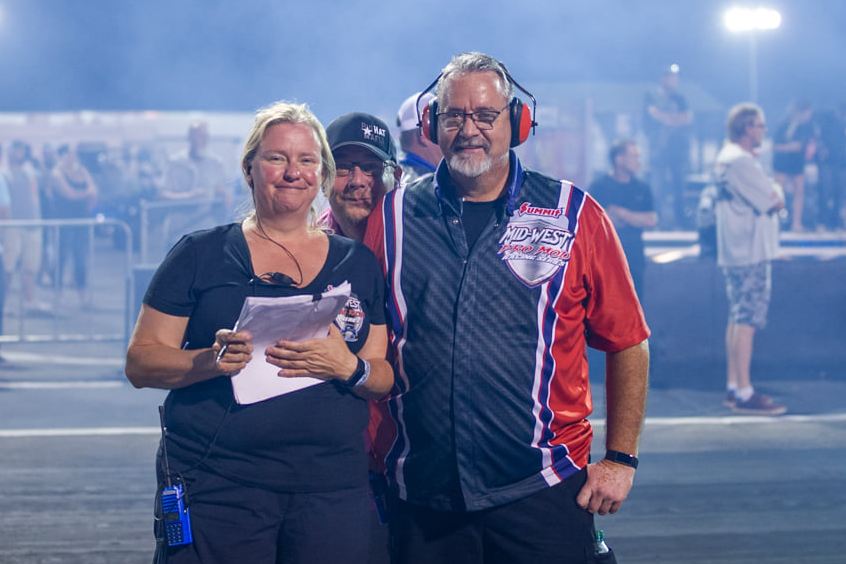 “I am so lucky to get to do that and work with Keith,” Eschenbacher says. “His work ethic is insane. No one knows what goes on behind the scenes in his life. He has given me the opportunity to get to put so much of meinto the series. He lets me make mistakes and never gets really upset. He gives great advice. I know when I call him, he will answer, and we can make a quick plan together. Watching his life with Misty [Hayes], about to get married, is such a wonderful part, too.”

Eschenbacher has seen the series grow from a small Pro Mod-focused group to a true touring organization including Pro Modified, Top Alcohol Funny Car, Outlaw No-Time, Top Sportsman, Top Dragster and two Jr. Dragster classes. It’s hard to say where the series goes from here, but Eschenbacher knows she wants to be a part of it all.

“I would love to see the series grow, but we have to do it smartly,” says Eschenbacher, who also does some work for Mark Menscer and Menscer Motorsports, as well as E3xtreme Media. “Adding a class or two seems easy on the outside but it takes so much back-end preparation. Time frames, parking, safety – it is all so huge. We are still a small organization of very few staff. We are a group who loves racing and value the racers and their input.”