Memphis International Raceway lived up to its reputation as one of the most sought-after racing destinations in the country over the weekend as the famous track hosted a pair of IHRA Summit Racing Equipment Pro-Am Tour Wild Card races with great results over Father’s Day weekend.

Dozens of states were represented at the Summit Racing Equipment Pro-Am Tour race at Memphis International Raceway including nine states and one Canadian province among the final round participants alone. Among the states represented in the 20 finals were Alabama, Georgia, Kentucky, Louisiana, Mississippi, Oklahoma, Tennessee, Texas and West Virginia. Ontario, Canada was represented by duel-class competitor and Top Dragster winner Ed Smith. 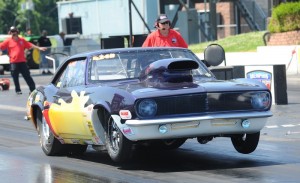 Miles’ wins included an incredibly narrow final round victory over Jeremy Mason in Quick Rod as Miles edged his opponent by five thousandths off the line with a .010 light and ran an 8.906-second lap at 173.09 mph in the 8.90 class to take the win by three thousandths at the line. That win came just moments after he took an eight thousandths margin of victory over Tommy Maedgen in the Super Rod final earlier in the day. 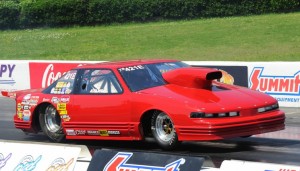 In IHRA’s premier doorslammer class Grandview, Texas’ Leslie Dugas swept the Top Sportsman category behind the wheel of his ’97 Olds Cutlass with a pair of narrow wins over Scooter Hampton and Marlon Goates. Dugas had reaction times of .005 and .010 in the two finals and ran near dead-on the numbers in both to take the wins.

Memphis’ other double race winner was Florence, Mississippi’s Wes Neely who drove his G/FIA ‘’88 Trans Am Stocker to wins over Sam Pourciau and Jimmy Hidalgo Jr. In both Neely’s opponents had trouble at the line with Pourcia ticking the red bulb and Hidalgo posting a half-second reaction time and running -.016 over the number.

Junior Dragster racer Trace Casey wrapped up the busy weekend with a pair of Beginner victories over Devin Johnson and Carson Russell to sweep the mini-dragster category.

The Memphis race is a precursor to the IHRA Summit Racing Equipment World Finals that will be held at MIR in October.