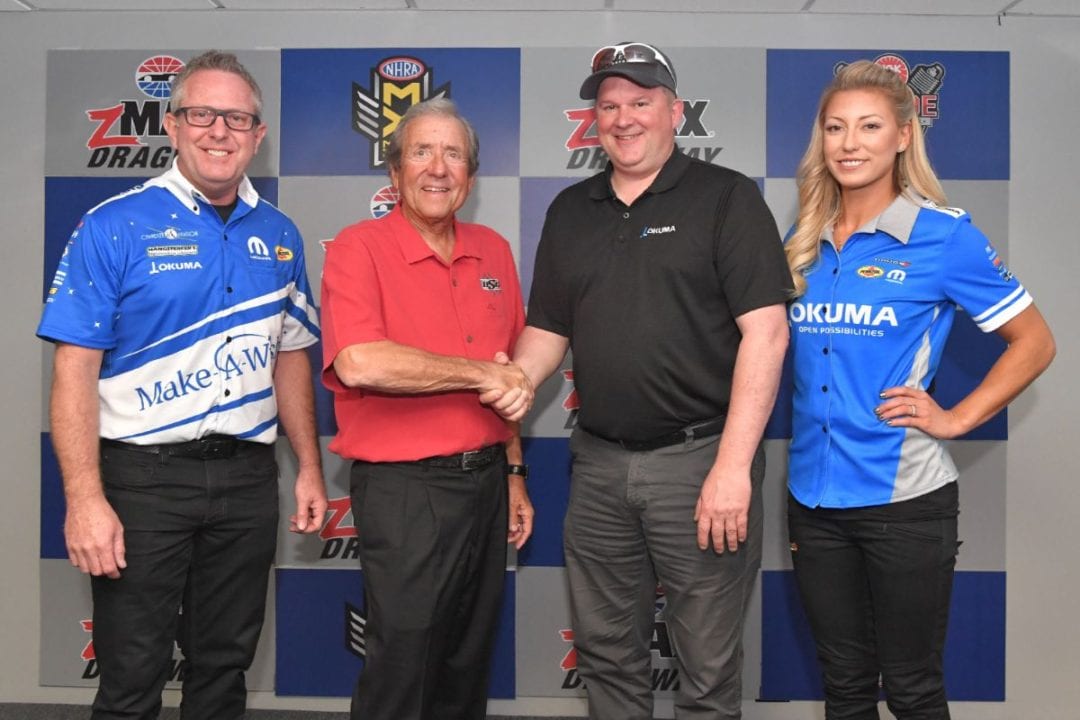 DSM, the production arm of DSR, is a leading parts supplier in the NHRA Drag Racing industry, offering a wide range of products including cylinder heads and engine blocks to many teams competing on the NHRA circuit. Currently, DSM produces approximately 8,000 parts a year from its catalog of more than 300 different parts. DSM’s Senior Manufacturing Engineer Scott Cutler attributes Okuma’s accuracy, reliability, rigidity, and speed for being able to produce high-quality parts in such large volumes.

Recently, the partnership has led to the development of the DSM Nitro Block which made its debut as a prototype in Antron Brown’s Top Fuel dragster in late 2018. Pritchett ran the first official production block at the 2019 NHRA Four-Wide Nationals in Las Vegas with tremendous results and has continued to utilize the block in her 11,000-horsepower machine. The block was machined in DSM’s Okuma MA-600 at DSR’s Brownsburg, Ind. facility.

“It’s always a thrill to fly the flag of a partner that is more than skin-deep and see performance results happen with such internal involvement by them,” said Pritchett, a seven-time Top Fuel winner. “DSM has been hard at work manufacturing thousands of our own parts, including our newest, yet largest project, our own short blocks. We unloaded with a 3.745-second pass right out of the trailer when we debuted this new block. Okuma has proven to be outstanding in our CNC quest, and I am beyond proud to race in this car with such efficient parts armed by their machining powerhouse.” 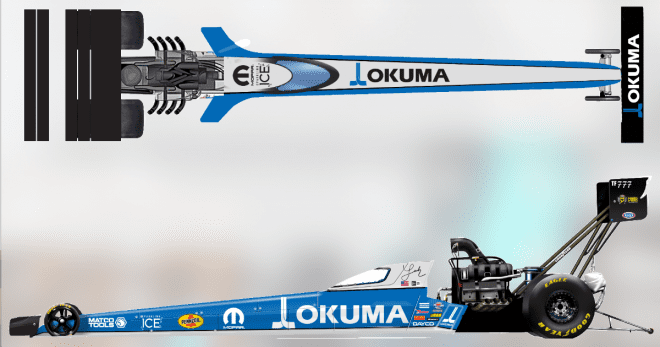 “After five years of working together to create an optimized machine shop environment at DSR’s Indiana facility, we at Okuma are very excited to formalize our relationship to now include a cooperative branding partnership,” said Tim Thiessen, Okuma Vice President of Sales and Marketing. “Many of our customers are NHRA fans and we look forward to being able to offer them a closer look at NHRA Drag Racing through our partnership with DSR.”