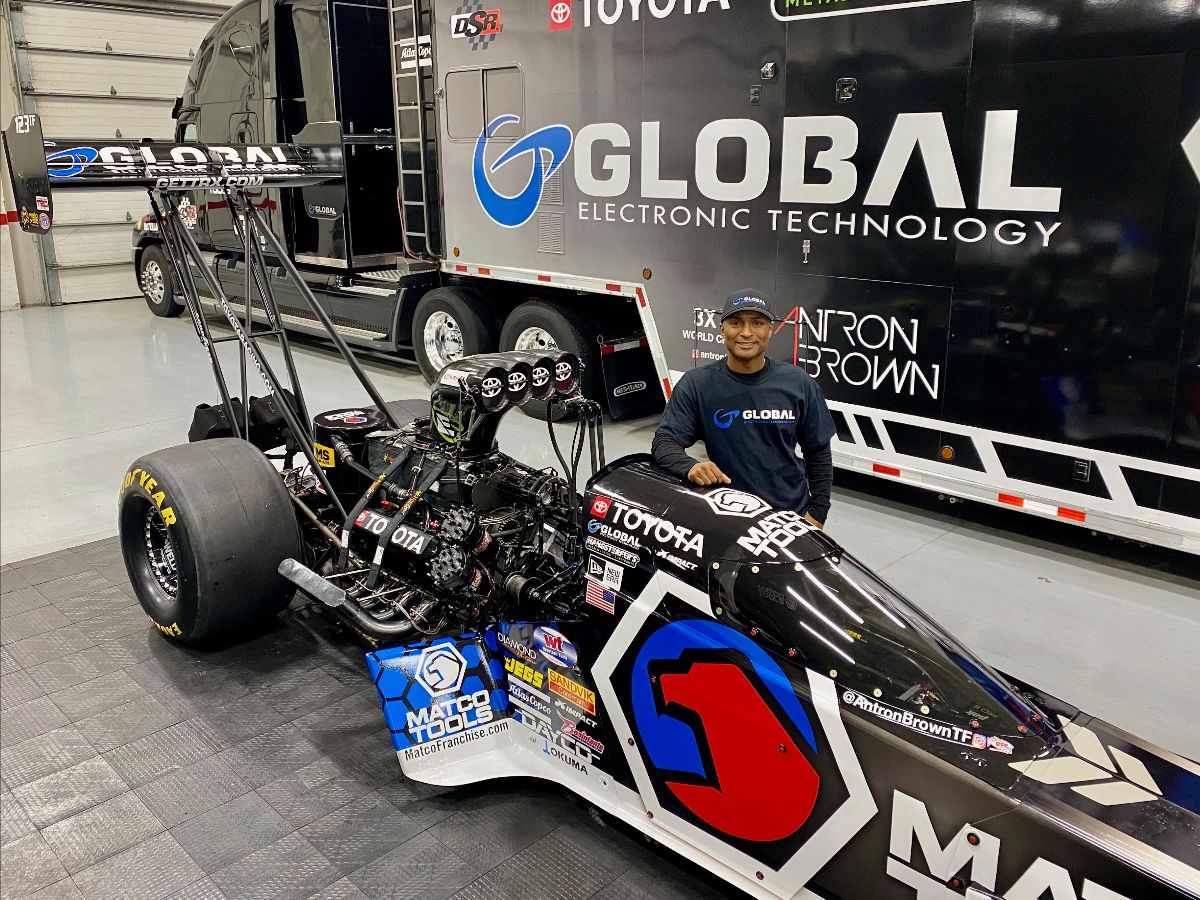 Since making his NHRA debut aboard a Pro Stock Motorcycle in 1998, Antron Brown has successfully checked item after item off of his personal bucket list, including three Top Fuel world titles. As he embarks on the new decade, the wheels have been set into motion for Brown to realize another dream – NHRA team ownership.

Don Schumacher Racing (DSR) and Brown are delighted to announce the formation of AB Motorsports. Team owner Don Schumacher will work hand-in-hand with Brown, guiding him toward the eventual goal of sole ownership of AB Motorsports, which will function as a subsidiary of DSR, as Brown eases into the transition from ‘hired shoe’ to driver/team owner. 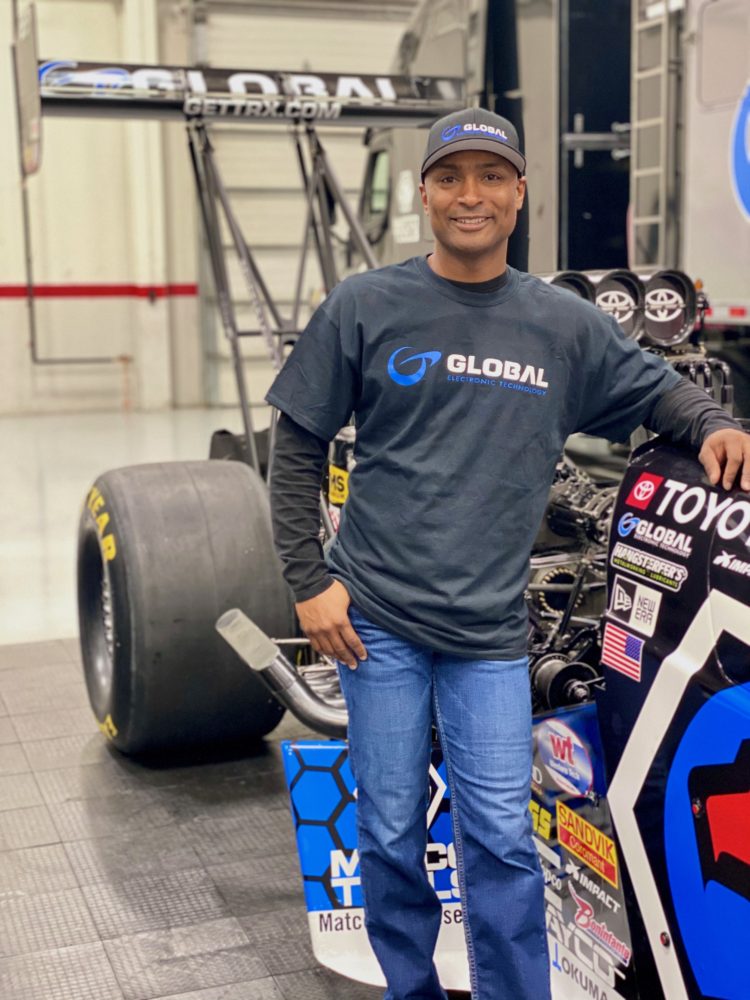 “This is a dream come true. Never in a million years did I think I would be a professional Top Fuel driver, let alone have the opportunity to be a team owner,” said Brown, who made the shift from Pro Stock Motorcycle to Top Fuel in 2008. “I can’t thank Don Schumacher enough for not only the opportunity to race for him and represent DSR for many years but now helping me to pursue my dream. I also have to thank Steve and Samantha Bryson, as it brings me great happiness to welcome them to AB Motorsports with their Global Electronic Technology team.

“Don’s provided me with the foundation to make it happen, and I’m truly grateful,” added Brown, who first joined the DSR family in 2002. “I’ve learned many things from Don over the years, but the one thing that stands out to me the most is him telling me to always work harder than your competitors. That’s something that’s always stuck with me and will continue to do so as I move forward into this new chapter.”

“I’m so pleased to be able to help Antron as he begins the process of working toward team ownership,” said Schumacher, who, starting with a one-car team, launched DSR more than 20 years ago and has gone on to become the winningest owner in NHRA history. “It’s no secret this has been a goal of Antron’s for a while now, and I’m happy to be able to provide the tools and resources needed for him to be able to successfully branch out on his own. It’s important for me to see my team members grow.”

Brown, who was recently named ‘Top Fuel Driver of the Decade’ by AutoWeek due to his stellar performance throughout the 2010s, will serve as the driver for AB Motorsports. Brown’s former crew chief Brian Corradi has reunited with the 66-time race winner to assume the tuning responsibilities alongside current and longtime crew chief Mark Oswald. Brad Mason has also returned to assist with the management of the car as well as act as a liaison between the team and Toyota Racing Development (TRD). The all-star group was successful in capturing 47 wins together and three Top Fuel world championships.

“I’m so incredibly thrilled to have Brian Corradi back in our pit,” explained Brown. “We won so many races together and three championships. Not only that, he was instrumental in making the partnership with Global happen. In just the short time that I’ve known Steve Bryson, I’ve been able to see how passionate, driven, and motivated he is, and I know he wants to bring that same passion and drive to the dragstrip.”

While Steve and Samantha Bryson’s Global Electronic Technology insignia will be a new addition to Brown’s car, they have been involved in NHRA drag racing since 2017, assisting both established and up-and-coming teams.

“To be a part of reuniting Brian Corradi and Antron Brown is a dream come true, and a dream I wasn’t even aware I had. True winners!” exclaimed Steve Bryson. “Global Electronic Technology is not just here for your credit card processing needs, but more importantly, we are here to race. With the skill and enthusiasm of Brian Corradi and Antron Brown, and I’m no shrinking violet, we have the highest confidence we will do just that. I want to thank Don Schumacher for the opportunities he’s provided Antron Brown, and I know he will make him proud.”

Longtime primary and manufacturing partners Matco Tools and Toyota, and associate sponsor Hangsterfer’s, will remain aboard the 11,000-horsepower machine piloted by Brown.

“Matco Tools and Toyota have been my rock throughout my entire Top Fuel career, and I’m thrilled that they will continue with me and my team,” explained Brown. “Toyota has been instrumental to our on-track success through their never-ending support with TRD, and Hangsterfer’s has been tremendous since day one of our partnership, having also been supportive of my family’s Jr. Dragster program as well as one of my crew member’s bourgeoning Top Alcohol Dragster careers.”

The Matco Tools/Global Electronic Technology/Toyota Top Fuel dragster will take to the track for the first time during pre-season testing at The Strip at Las Vegas Motor Speedway, January 30 – February 1.