For Scott and Jenn Napierata, the debut of their 1967 Mustang GT500 has been a long time coming. Partnering with Carl Stevens of Xtreme Racing Engines has brought the dream to fruition.

“We have wanted to be part of the Pro Mod class for many years,” stated Scott Napierata. “We brought out our Camaro in 2020 and got lots of seat time. The decision was made to focus on a different car, which led us to the Mustang. After we purchased the established Mustang, we knew the next step was the powertrain to make up a top-runner.”

During the time between racing the Camaro and the purchase of the Mustang, Scott used his contractor skills as he and Jenn bought and renovated a motorcoach and trailer. This further sets the team up for success and assures that they have the best working and resting quarters as they travel across the country.

Scott and wife Jenn have a busy life with a growing business, Scott Napierata Inc, better known as SNI Contracting, that renovates everything from hotels and dorms to senior care pharmacies nationwide. Their daily busy schedule includes weekly traveling from their home base in Florida across the country to Colorado or Arizona for SNI. Scott has been around racing his entire life, racing everything from Alcohol Funny Cars to Super Gas and Super Comp.

Racing is a family affair for the team. Along with Jenn, their daughter Jisela is incredibly involved and plans to be behind the wheel as well in the near future. Along with a thriving business, Scott’s wife Jenn keeps the couple’s schedule full with coaching and playing on a 5-time National Championship softball team that SNI is a huge part of.

“Jenn is not only the backbone of our family and our business but is so supportive of me chasing this dream. None of this would be possible without her”, states Scott. “Jenn is the CFO of SNI and has an absolute gift for what she does.” 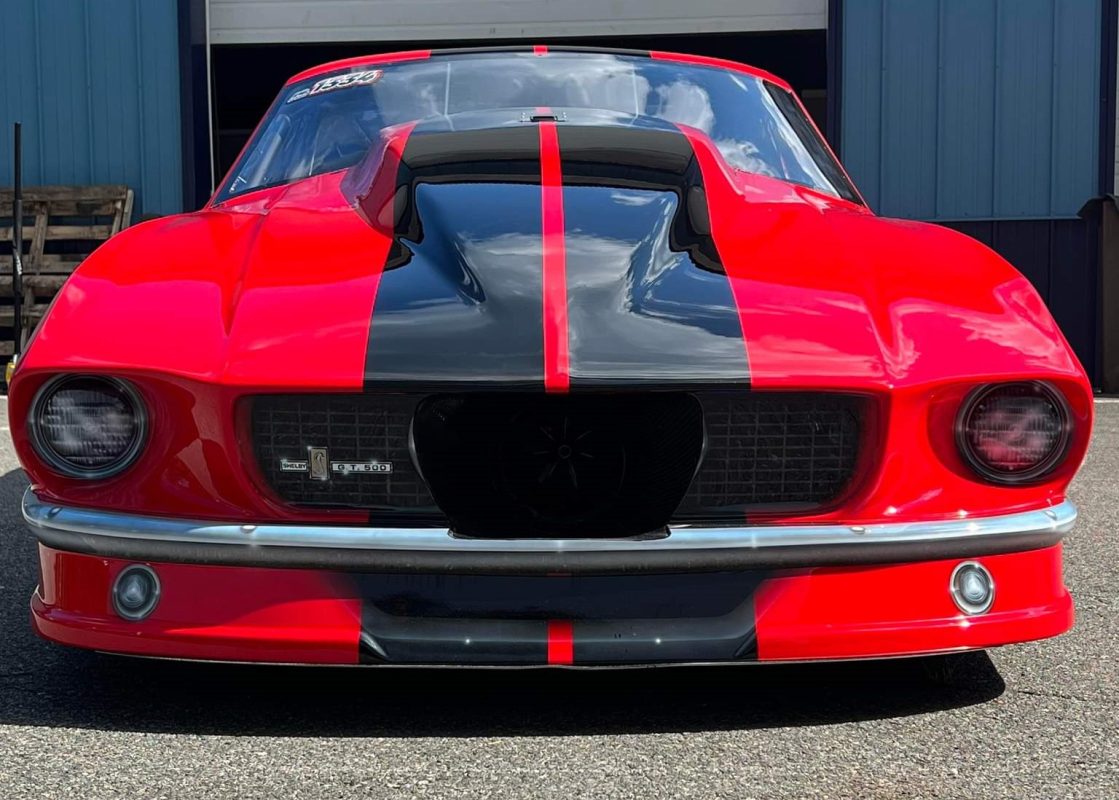 The team is rounded out with Jenn’s brother Daniel Quintana, Scott’s uncle Rodney Gillis, and the father and son tuner/builder team of Carl Stevens and Carl Stevens Jr.

“Scott and I have talked about this collaboration for years,” said Carl Jr. “The opportunity to buy the Mustang moved this along. It has all come together quick in the shop. We fabbed everything from the Noonan-based 4.9 Hemi under the hood to the new rear end housing. The car looked exceptionally great on the dyno last week. The Mustang has already made monster power and we are excited to put that to the track this weekend.”

The team would like to thank: Xtreme Racing Engines (XRE), Noonan, ProCharger, M&M Transmission, Motec, Manley, Billet Atomizer, Reid, Auto Verdi, and PowerMist for each being a part of our program.

Scott Napierata will be testing this weekend with sights set on debuting at the Yellow Bullet Nationals Labor Day weekend in Cecil County, Maryland.