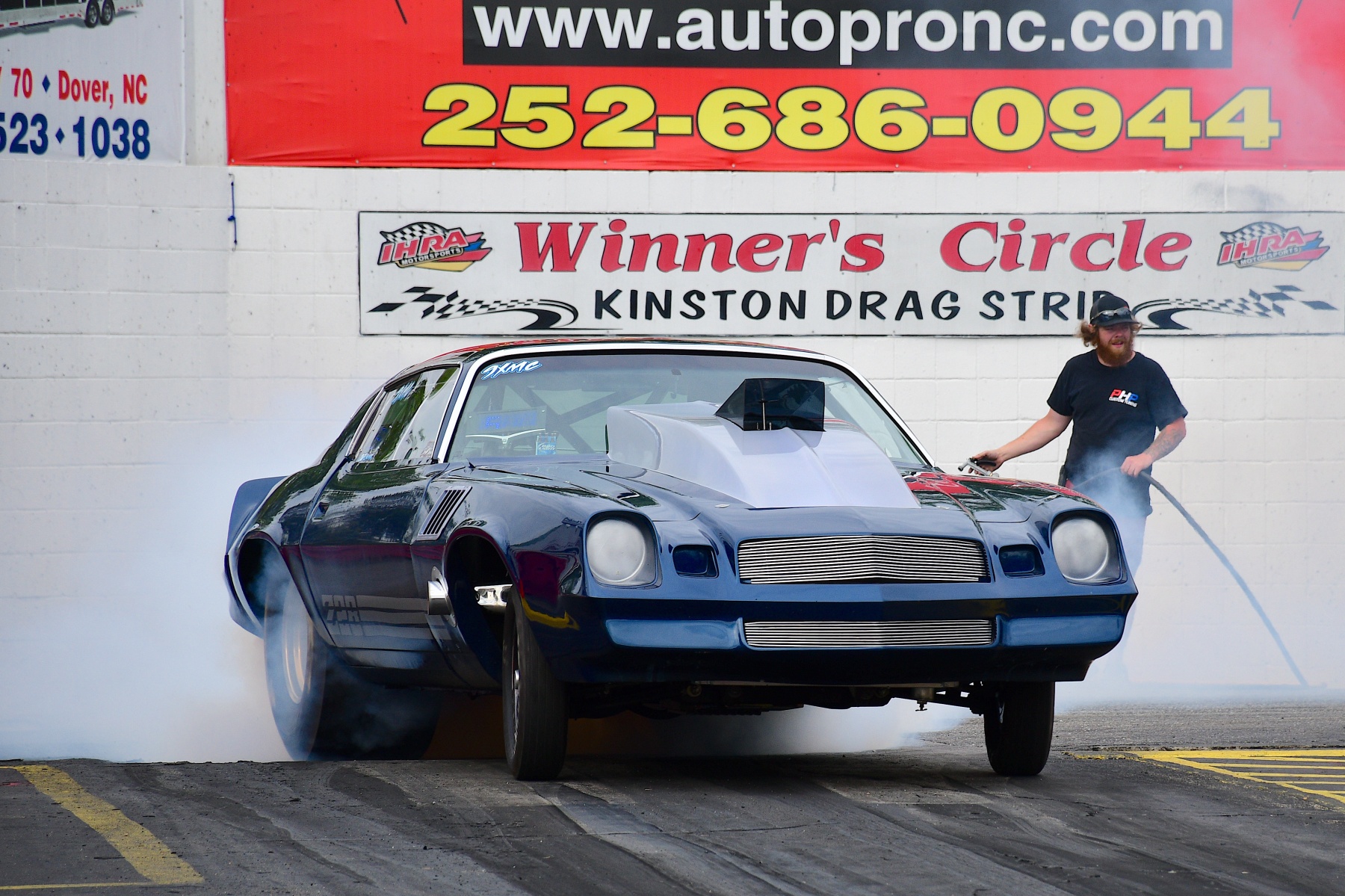 Bobby Smith first visited Kinston Drag Strip in 1960, shortly after the quarter-mile strip opened in his hometown of Kinston, North Carolina. Drag racing was still very much in its infancy and Smith developed a fast love for the sport and its people.

Early on, Smith enjoyed racing a variety of Plymouths during his high school years. Like most every other teenager that frequented the drag strip in those days, Smith also had the opportunity to work at the track, and that’s where he excelled tremendously, basically learning the entire process of drag strip operations.

“This track was started by four men, and by 1977 one had died and the other three were starting to age out, so they gave me the opportunity to buy the track, so I did. I was 31 years old in 1977 and I never imagined that 44 years later I’d still be here running the track,” laughs Smith, who turned 75 on his most recent birthday.

Anything Smith involves himself with he typically does it for life. Take his “other” job for example. “My uncle and I founded Carolina Paint Company, which is a commercial and industrial paint contractor, close to 50 years ago…and it’s still my full-time job,” says Smith, who is also at the drag strip every time the gates are open. “It requires a lot of time and attention.”

Over the course of his involvement Smith has witnessed the state of drag racing go through numerous trends, economic booms and near busts, not to mention mind-blowing evolutions in horsepower and chassis development. 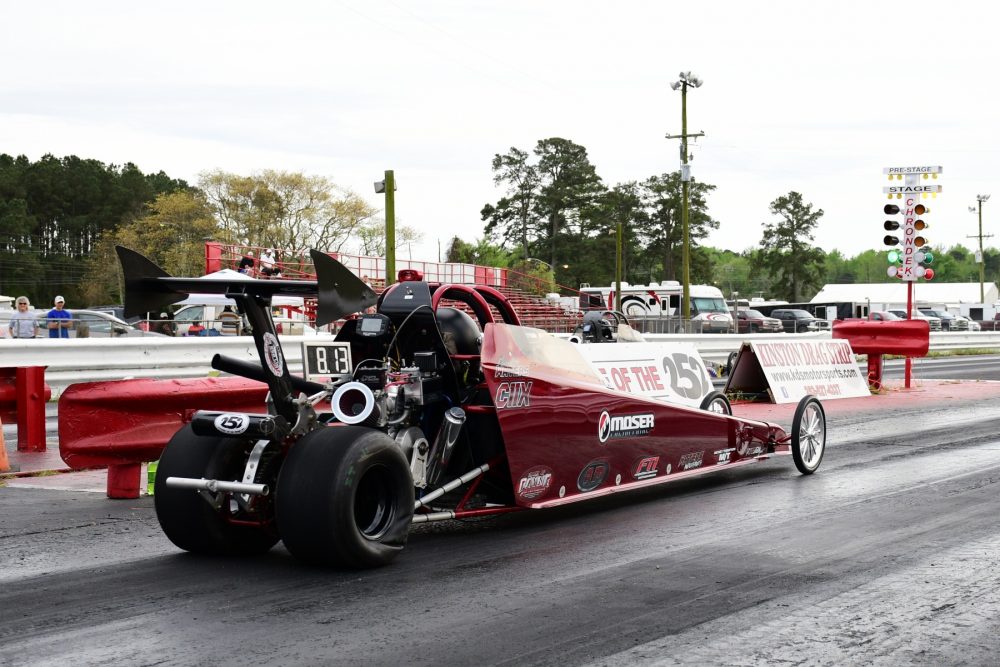 “I’ll never forget the time a boy showed up with a 5-speed transmission and a Reher-Morrison motor – I had never heard of either,” Smith remembers. “I was standing there watching him make his first pass and I told someone standing beside me, ‘He shifted that thing four times!’ That was impossible, I thought…he must have missed a gear!”

Decades later, Smith was equally floored when he was walking through the pits and saw a kid tuning a Subaru with a laptop computer! “Back in my day we used screwdrivers and wrenches!” he laughs.

While Smith admits he’s witnessed the sport grow exponentially at times, there’s been other occasions he’s seen it almost die. Most recently, the COVID-19 pandemic initially brought uncertainly at every level, but eventually gave way to robust crowds returning to the track. “I think people realized the value of outdoor entertainment again,” Smith speculates. 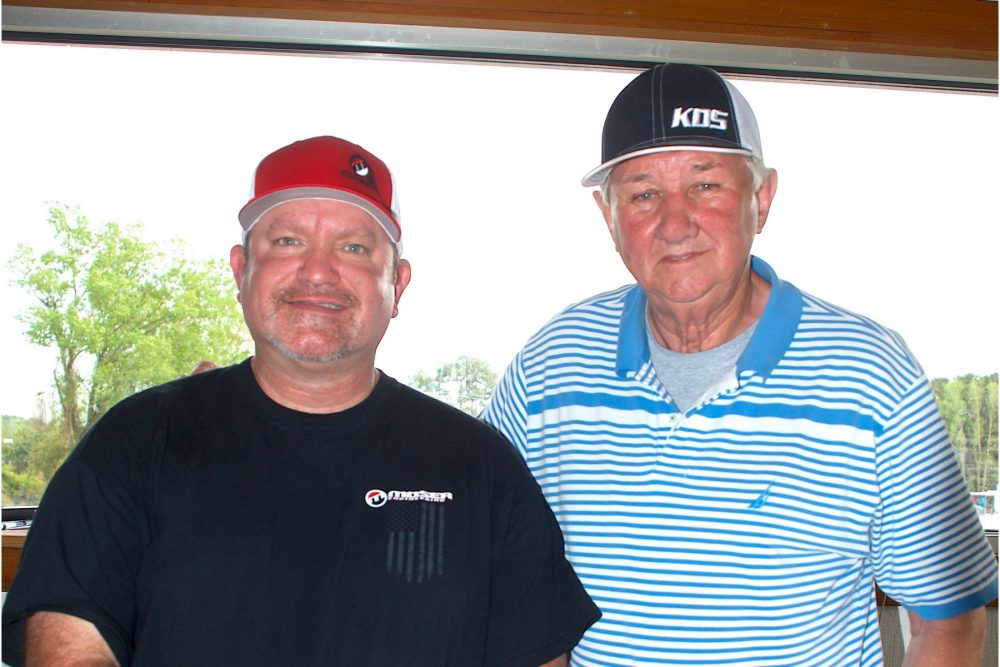 Another shot of enthusiasm came in the form of his lifelong friend, Danny Waters Jr., who came onboard as track manager a few years back and has rejuvenated the track tremendously. Smith says Waters brought another dimension that the track was lacking. “He goes live on Facebook when we have our heads-up races and he brings a lot of excitement with his announcing,” Smith says.

Aside from that, Waters is a multi-time IHRA world champion who connects with the needs of the racers. Since he grew up racing at Kinston, he was hardly viewed as an outsider attempting to fill the position.

Alongside Smith, the two have struck gold in their racing program, particularly with their 10.5 events they refer to as a “252 race,” which mimics the Street Outlaws format when determining an invitation list.

“Our area code is 252, so that was how we named the event and it has exploded in popularity,” Smith says. “We do it every other Thursday night, and a couple weeks ago we had to close the gates at 8:30 p.m. because we couldn’t take another car or another person. I’ve never had to do that in my life!” 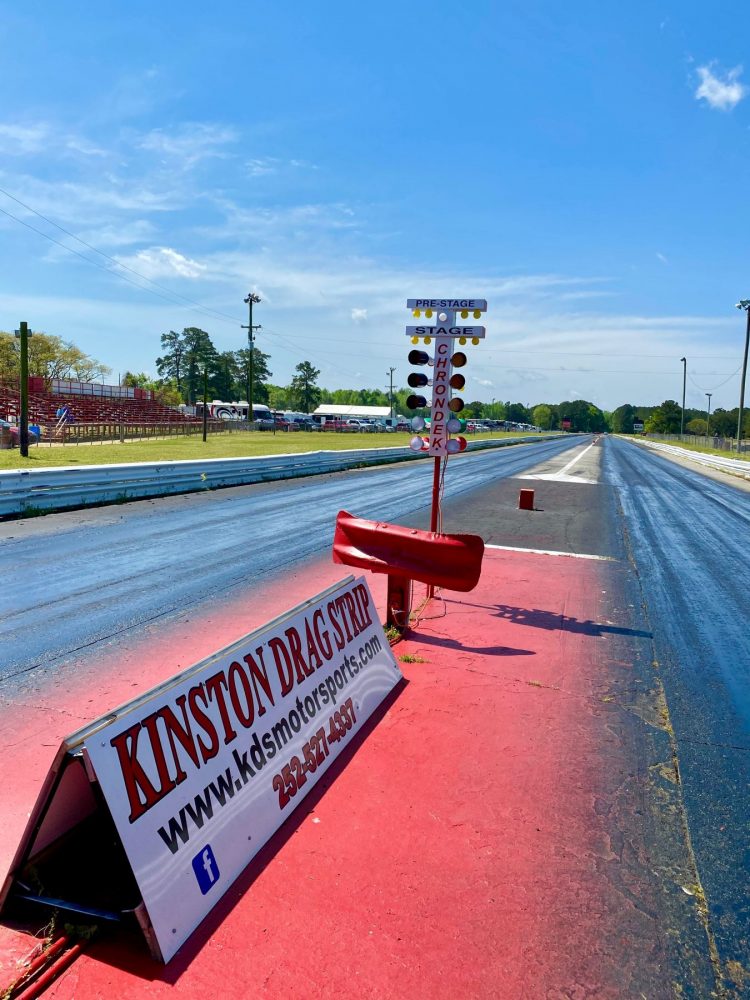 Kinston’s bracket racing program is also thriving with 12 points races on the schedule, with the season opener held on April 10, along with a special appearance from the Carolina Class Racers Association. The marquee Winterfest event is among the most celebrated events at Kinston, which has been a staple attraction since 1987 and is held on the second weekend of January.

While most events are contested on the eighth mile, Kinston still utilizes the full quarter mile for test and tune night, and many grudge races are also arranged on the 1,320. “We’ve got some locals who bring their Mustangs and Hellcats out here on TNT night and run in the 9-second zone at 150 mph!” Smith says.

Through the endless changes Smith has experienced throughout his involvement, it’s the relationships he’s maintained in racing that he treasures most.

“It’s really a job that’s hard to walk away from, and sometimes I wonder if I’m gonna know when it’s time to walk away,” Smith offers. “I can’t think of anything that would have rewarded me more than the people I’ve met in racing and it’s the people that make me want to keep coming back.”