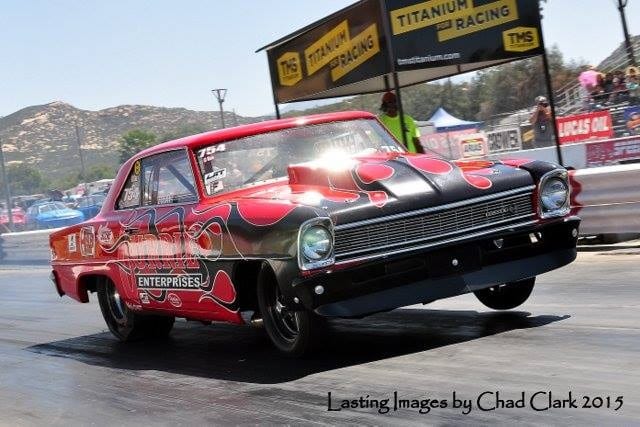 Pinks All Out is making a comeback, and I know some racers love it and some racers hate it. Personally, I love the idea. I have been to their events at Norwalk, Denver, and Bakersfield and always had a good time. I like the atmosphere of something more than just a race. Don’t get me wrong, I love a good drag race, but I always want more. Pinks All Out delivers with all the cameras and packed stands and excitement. Sure, it is not really a pure drag race and not everybody gets to be in the show, but they have added jet cars and Quick 16 and have made it so much more than just a TV show. The controversial host, Rich Christensen, was on Speed Scene Live TV talking about his comeback and it was an interesting interview. He will have this one event at Rockingham July 4th, and if it is successful, there is a good chance one of the networks will pick it up. If it gets picked up, they plan on running the events nationwide, but it all kind of hinges on the success of this one race.

My belief is anytime drag racing can be on TV or can pack the stands, then it is a good thing. A couple weeks ago I was one of the racers involved with a race called “Match Race Madness”. This event takes place at a track near San Diego called Barona Dragstrip and is the brain child of a drag racer named Steve Sherman. His idea is to set up a two out of three race between similar running cars, and then have them battle it out heads up. It makes for fun and exciting racing and the spectators love it. No brackets, throttle stops or handicap starts; the cars line up and go side by side. The crowds love it and every event gets bigger and bigger. This was my third Match Race Madness race. I won the first one and lost the second one. Unfortunately, my car broke the transmission while qualifying for the race, so I got towed off the track and will return for the next Match Race Madness in August.

I know some racers don’t like all the hype and stuff that goes with a Pinks All Out event, and they just want to race. I know some racers really just like a certain type of racing and if it is not the type they like they are not at all interested. I really feel that the more we can do to attract more fans, and ultimately more racers, is good. The track benefits as well. Drag racing could use a little help right now, and events like this can provide a little excitement to what is already an exciting sport.