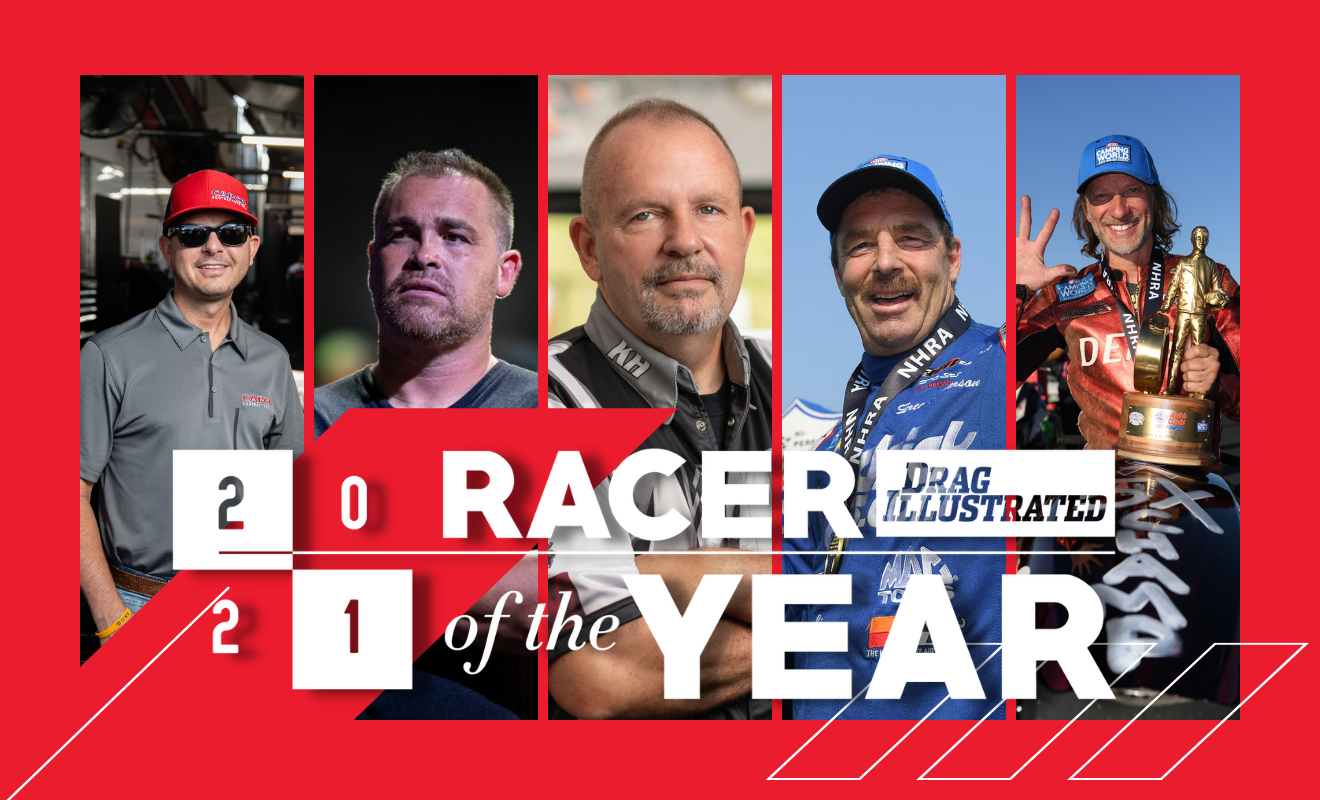 “It was hard enough to even settle on five nominees to consider for this first-ever DI Racer of the Year Award,” said Wes Buck, founder and editorial director, Drag Illustrated. “But we believe the five racers we selected represent the best racers drag racing has to offer at its highest levels. These five drivers excel on the biggest stages and in the most competitive environments. We want to recognize their accomplishments through our new DI Awards.”

“Our editorial team spent a lot of time narrowing down these categories and choosing the most deserving nominees,” Buck said. “We tried to cover as many bases as possible by highlighting the people, places, and experiences that made 2021 such an incredible year for the sport of drag racing.”

Pass of the Year: Brittany Force’s 3.637 at 335 mph in Top Fuel at Texas NHRA FallNationals, Todd Tutterow’s 3.58 at 211 mph in Outlaw Pro Mod at U.S. Street Nationals, Daniel Pharris’ 3.49 in Radial vs. the World at Lights Out, Manny Buginga’s 5.75 in Outlaw vs. Extreme at World Cup Finals, and John DeFlorian’s 4.000 in Extreme Pro Stock at PDRA World Finals

Rivalry of the Year: Matt Smith Racing vs. Vance & Hines, John Force vs. Matt Hagan, Jim Halsey vs. Tommy Franklin, KB Racing vs. Elite Motorsports, and Justin Swanstrom vs. Everyone but Team X