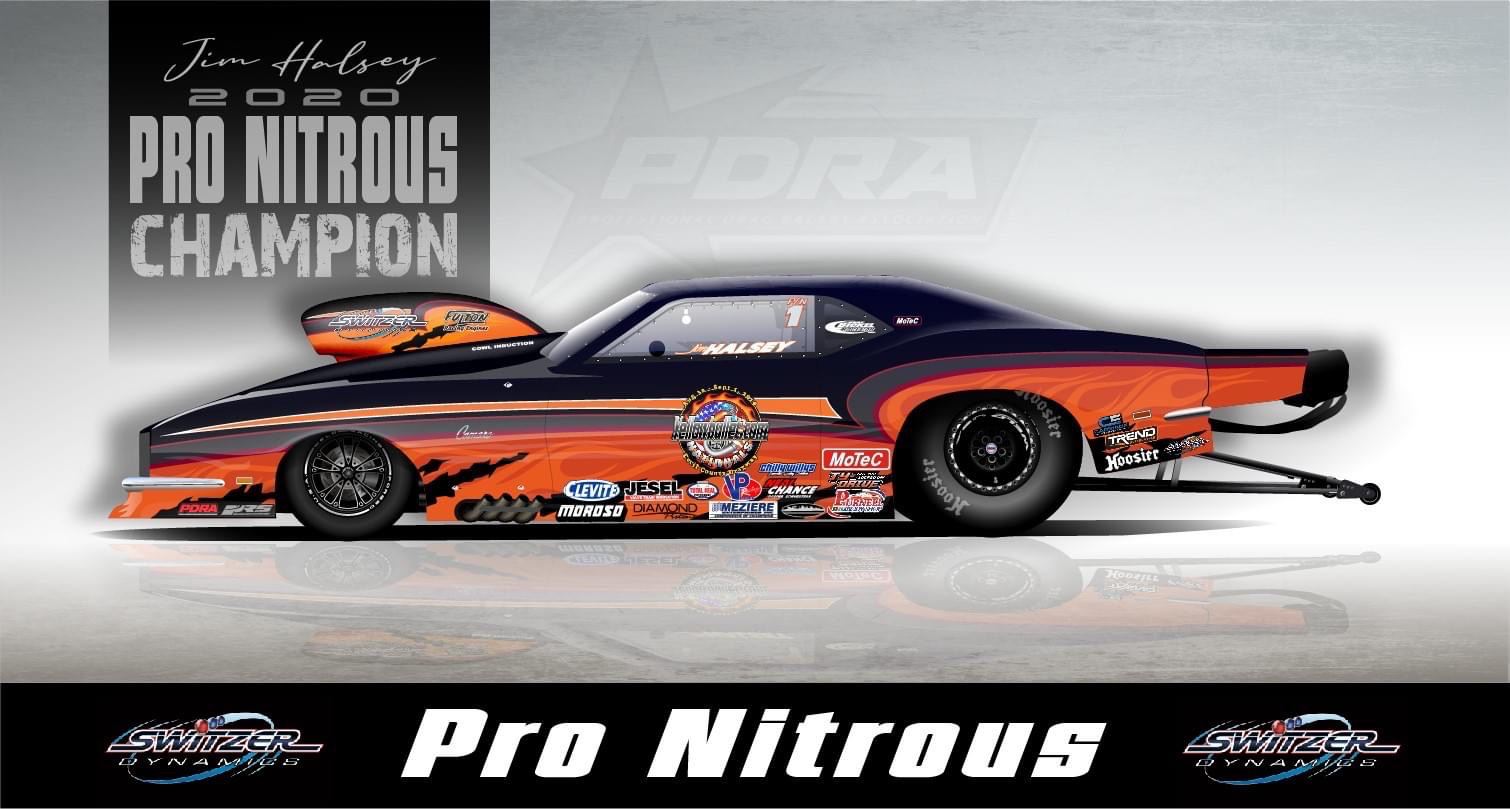 This season, Halsey was the chaser, but he was in the hunt the whole time in his Fulton-powered ’68 Camaro. He traded blows with two-time world champion Tommy Franklin, taking runner-up honors to Franklin at two of the first five races before trading roles at the penultimate DragWars event in October.

“Besides running 3.50s, [repeating as the champion] was the only goal we had this season,” Halsey said. “We struggled a little bit, especially at the first two or three races. After that, we finally got our act together. There was a little luck involved in a couple races with Tommy losing early and not qualifying well at the Finals helped us. You take it however you can get it sometimes.”

Going into the Proline Racing Brian Olson Memorial World Finals at Virginia Motorsports Park, Halsey trailed Franklin by exactly one round of racing, 100 points. Halsey gained 9 points on Franklin by qualifying No. 1, while Franklin uncharacteristically qualified in the bottom half of the field in the No. 10 spot. 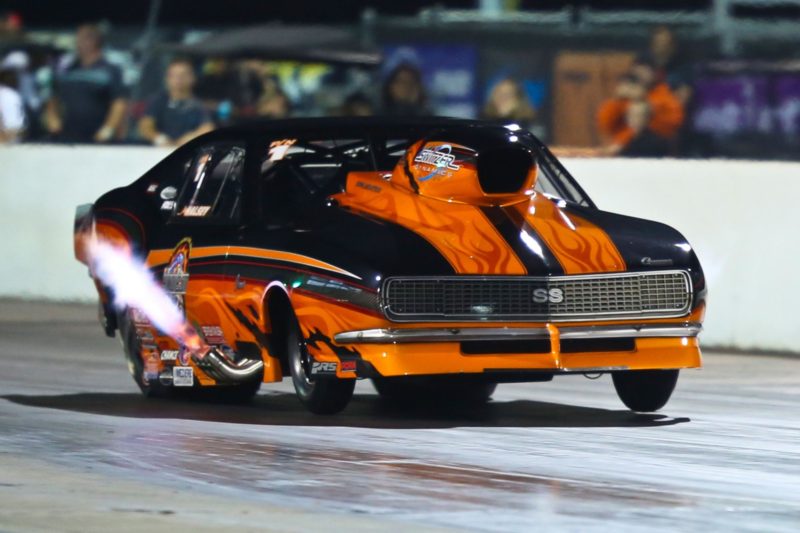 The two championship contenders moved on through the first two rounds of World Finals eliminations. Franklin fell in the semifinals, while Halsey powered on to the final round after defeating 2020 Mid-West Drag Racing Series Pro Mod champion Ron Muenks with a blistering 3.645-second pass at 207.40 MPH. Then, rain and humid, foggy weather put racing on hold until Tuesday afternoon when PDRA officials were finally forced to call off the rest of the race.

Halsey and final-round opponent Matt Guenther both received points for a runner-up finish. Halsey ended up with 9 more points than Franklin – the difference he made up in qualifying.

“I would’ve never dreamed that the race would’ve ended like it did with the rain and the fog and all that crazy stuff going on,” Halsey said. “They definitely made the right call. I would’ve never thought that qualifying would’ve made the difference, though.”

It was a dramatic end to a season that had more than its fair share of twists and turns, from mechanical issues at the first few races to dominant performances to close the season.

When asked about his goals for the 2021 season, Halsey kept it simple: “Three-peat.”