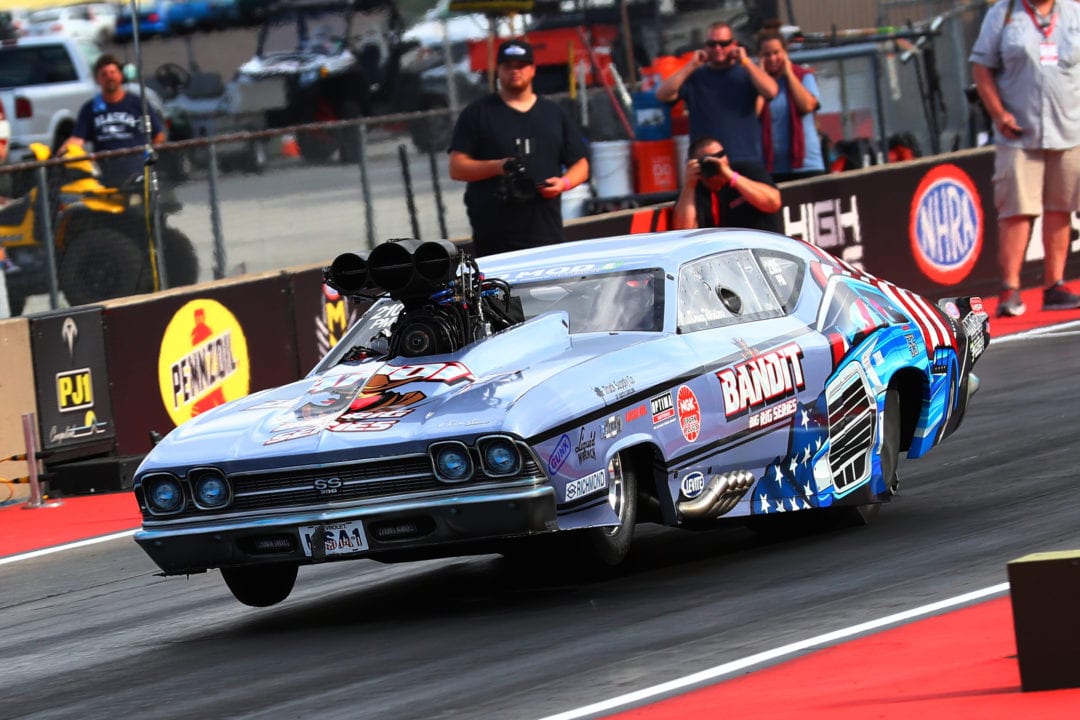 Longtime doorslammer racer Doug Winters last raced at Bandimere Speedway over 20 years ago in Super Chevy Show nitro coupe competition. He’s back on Thunder Mountain this weekend with his Bandit Big Rig Series ’69 Chevelle for his shot at $100,000 in the World Series of Pro Mod.

His reasoning for making the trip is simple. 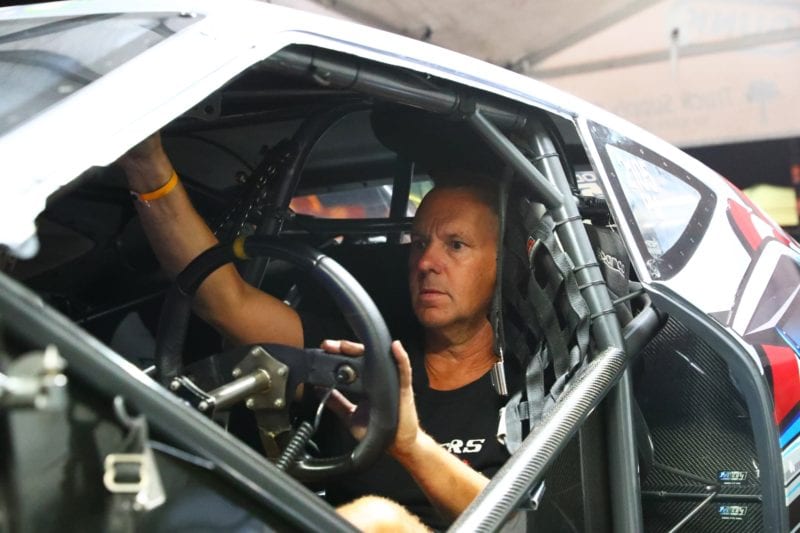 While Winters has experience in the challenging high-altitude conditions, none of that experience is with his supercharged ’69 Chevelle. He made a string of strong test laps on Thursday, then continued to develop his tuneup during Friday’s three shakedown sessions.

The clocks were off for the shakedowns and Winters didn’t offer up the numbers he recorded, but he felt confident after going down the track all three passes.

“I’m feeling pretty good,” Winters said. “Compared to what I know some guys ran last year, we’re right there. I feel pretty good about it.”

As for the pressure of racing for a $100,000 winner-take-all prize, Winters feels he has the right mindset to take on the challenge.

“We try to think of it as any other race,” Winters said. “Make sure we have all our stuff together and ready to go, make sure I cut a good reaction time and go A to B and let whatever happens happen. You just have to make sure you don’t beat yourself.”

Winters will draw his first-round opponent during pre-race ceremonies at 5:30 p.m., followed by first round of eliminations at 6 p.m.