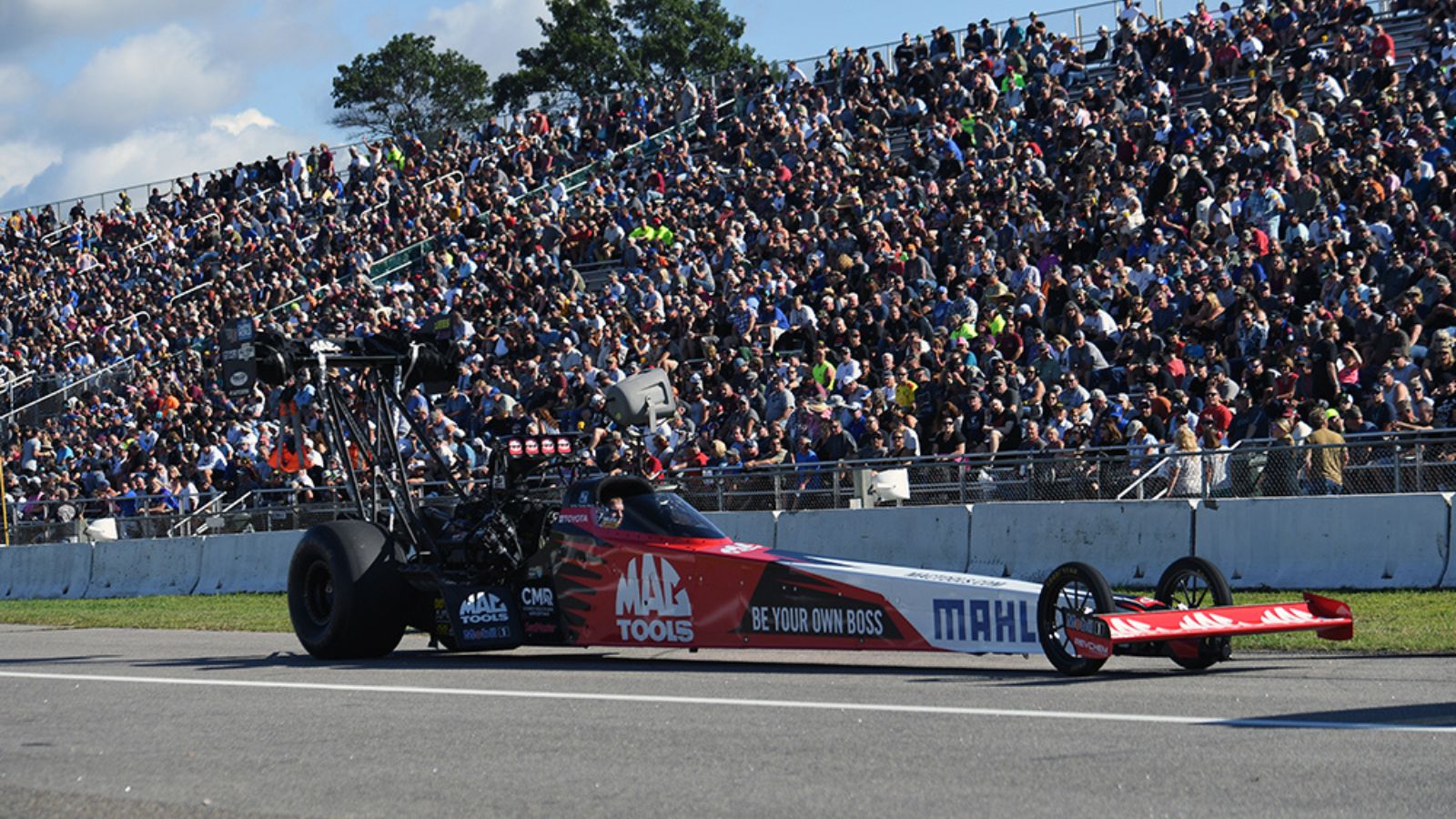 Racing for his third Brainerd Nationals title today Doug Kalitta and the Mac Tools Toyota team rolled into race day as the No. 10 qualifier. On Friday afternoon the team came off the hauler and posted the third quickest elapsed time of the first session earning a qualifying bonus point and setting the team up for the next three rounds. Kalitta is the second winningest Top Fuel driver at Brainerd International Raceway and as qualifying concluded he was paired up with Tony Schumacher, the winningest Top Fuel driver at BIR, in a massive first round battle.

In the opening round Kalitta was first off of the line against Schumacher thanks to a .056 to .069 reaction time advantage. As both drivers approached half track Kalitta fell back slightly but he could see Schumacher having engine issues. Kalitta was beginning to haze his tires and pedaled, getting off the throttle and back on, his Mac Tools dragster trying to chase down his opponent, but he suffered a sizable engine detonation just before the finish line. He dropped a close race and will head to the U. S. Nationals in two weeks sitting in ninth place in the Top Fuel point standings.

“I got a great jump off the starting line and then I had to give it a quick pedal,” said Kalitta. “We have one more race in the regular season and it is the biggest race of the year, the U.S. Nationals. We can head into the playoffs with a lot of momentum if we get that Indy win in two weeks.”

The U.S. Nationals will feature points and a half in eliminations as well as increased qualifying and bonus points affording Kalitta and the Mac Tools team more opportunities to move up in the standings during the final regular season race. Points will reset heading into the six race Countdown playoff stretch.