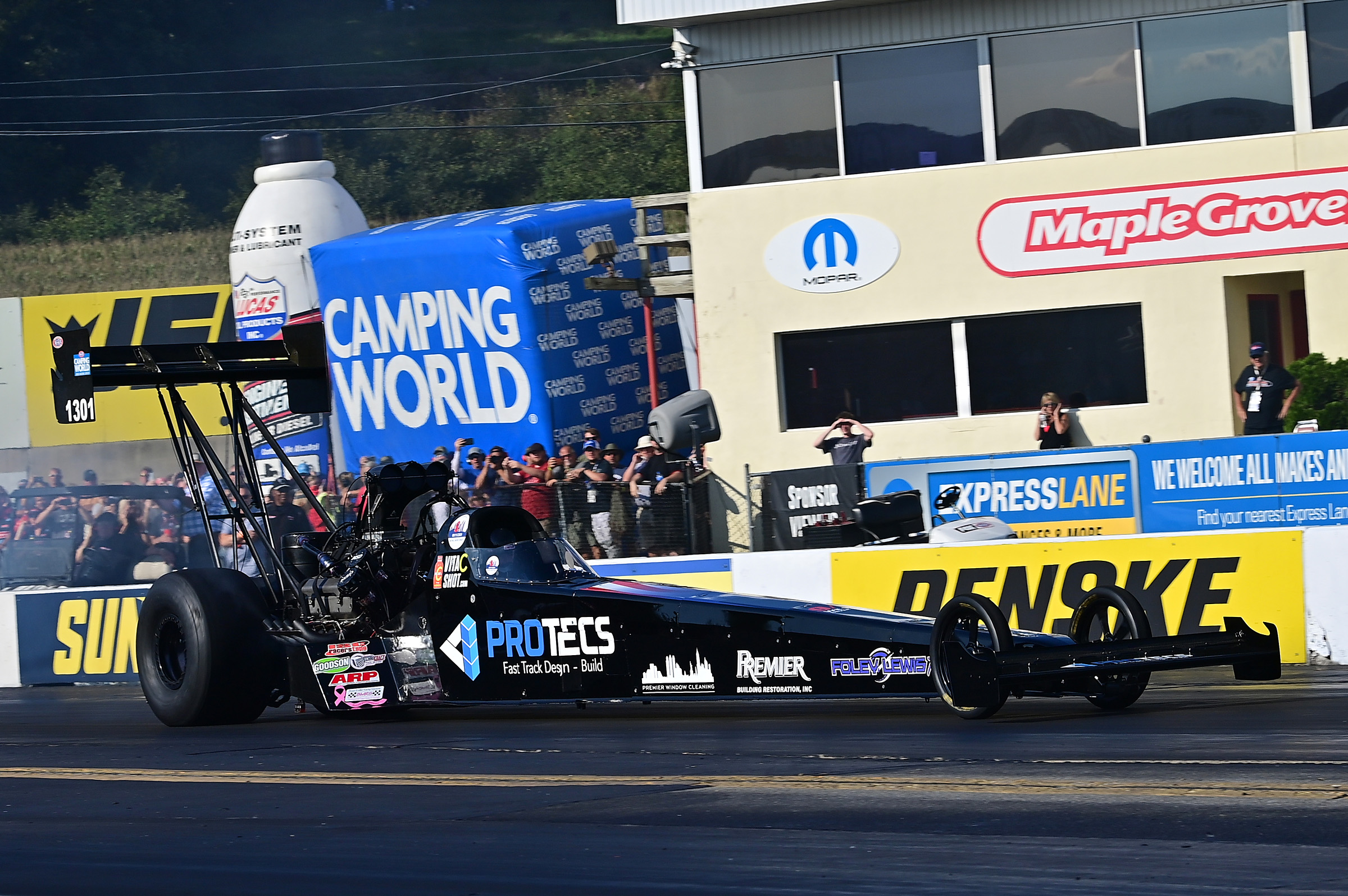 PROTECS Inc., a full-service project and construction management company, will continue its support of Doug Foley and the Foley Lewis Racing Top Fuel team as the team’s primary sponsor for the first two races of the 2022 NHRA Camping World Drag Racing Series season. Foley will start his season at the NHRA Winternationals in Pomona, Calif., before continuing on to the NHRA Arizona Nationals near Phoenix.

PROTECS first joined Foley Lewis Racing as the primary sponsor at the NHRA’s 2021 stop at Maple Grove Raceway, the Plymouth Meeting, Pennsylvania-based company’s home track. After the initial partnership was a success, PROTECS President and Founder Chris DiPaolo decided to expand the company’s relationship with the team in 2022. PROTECS will be the primary sponsor on the car at the first two races and again later in the season, while they’ll also assume an associate sponsor role through the whole season.

“Chris DiPaolo is just a great guy,” said Foley. “He came to the race at Maple Grove and got a chance to see everything. A week later, he sent some of his North Carolina people down to visit us at the Charlotte race. They came and enjoyed the experience. I think he truly sees the value in what we’re doing. To have someone like him step up and help us at our first couple races is huge. We don’t have as many relationships on the West Coast as we do in other parts of the country, so it was a huge advantage to us to get the ball rolling early and have their support. It’s going to be nice to have their branding on a brand-new car. We’re excited about it.”

Foley and his team, co-owned by longtime racing partner Tim Lewis, made a series of major changes over the offseason. Those changes included a move from Mooresville, North Carolina, to the nitro racing capital, Brownsburg, Indiana, as well as upgrading to a brand-new chassis built by Lucas Oil Fabrication.

Another substantial change has been the addition of tuner Aaron Brooks, who joined the team at the end of the 2021 season.

“In my opinion, Aaron Brooks is the biggest upgrade we’ve done,” Foley said. “Yes, we did it in September and we did one race with him, but I think I called him on a Tuesday to tell him he was tuning it on Friday and he never saw the car prior to that. I look at it as Pomona is really his first race with us. The ability to have somebody of his caliber doing this for us as our crew chief is definitely exciting.”

With Foley’s shop now located in Indy, Brooks has been able to lead the charge as the team has worked all winter to completely revamp and fine-tune the operation. They’ve introduced new engine components, added more spare engines to the trailer, and checked over every detail.

“We looked at everything we could do to be a better program all around,” said Foley, who will take part in the PRO Nitro Spring Training test session at Wild Horse Pass Motorsports Park near Phoenix. “Aaron is unbelievably hands on. The guys have literally been working night and day to make sure everything is ready for testing. We know we’re going to run the stuff harder and part of that is making sure that some of the little details are really going to give us that extra one percent that you need to compete with the top teams.”

Foley and his team have major goals for the season, including chasing their first NHRA Top Fuel win, but it all starts with getting more aggressive in qualifying.

“When we returned to Top Fuel in 2020, we were just so happy to be back we didn’t put the emphasis on qualifying the way we should have and we let some of the little details slip away, which unfortunately we can’t do these days,” Foley said. “If you don’t put a huge emphasis on that, you’re putting yourself in a really bad spot in the beginning of the race on Sunday. Our qualifying average was probably 12th in the past two years. We need to move that up to be a lane choice type of situation if possible. I think that’s where it starts. You’re giving yourself better odds for first round. After that, you have to rely on the whole program coming together and going rounds.”

Foley and the PROTECS Inc. Top Fuel team will kick off the 2022 season at the NHRA Winternationals, Feb. 17-20 at Auto Club Raceway in Pomona, Calif.