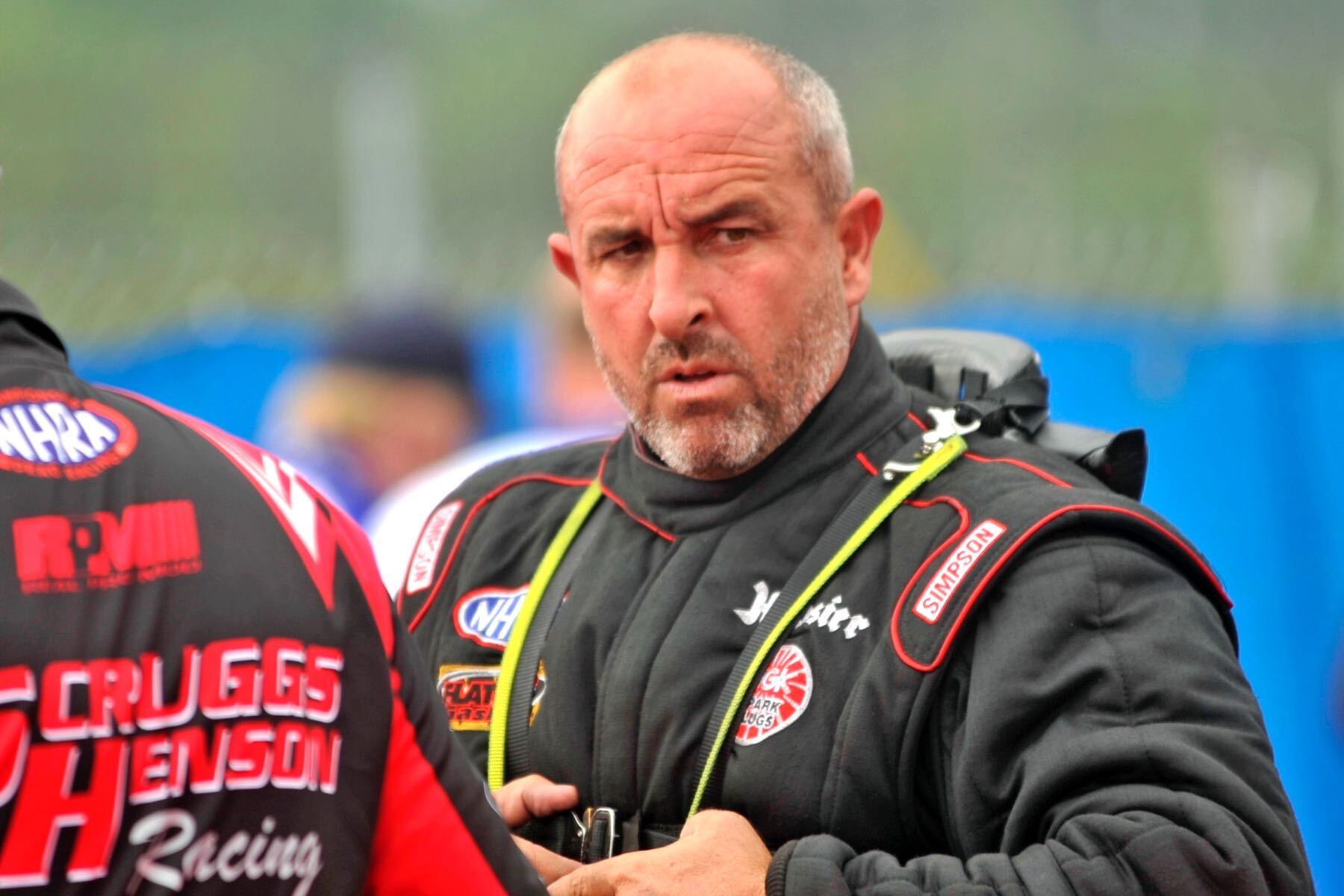 Jason Scruggs’ legacy as one of the most successful names in doorslammer racing is secure, no matter how his time in NHRA Pro Mod turns out.

But the veteran now has a prime opportunity to put an impressive cherry on top of his standout career. Despite dreadful racing conditions for his blown “Mississippi Missile” ’20 Camaro from Jerry Bickel Race Cars, Scruggs advanced to his first NHRA Pro Mod final round last weekend at the NHRA Summernationals at Indy, doing so in just his seventh career start in the class.

The final against Chad Green was postponed to the U.S. Nationals due to rain, but it did allow Scruggs to reflect on what he accomplished this weekend, leaving him on the verge of a possible first NHRA Pro Mod win.

“This racing deal in this class, everybody is so tough and is so good, it all has to come together,” Scruggs said. “If it’s your day, it’s your day, and everything kind of fell into place for us. We won some close races and that’s what you have to do at this level.

“Getting a win has been our goal from day one when we came NHRA racing. We’re trying to have a good time and not get too caught up in it. We’re not caught up trying to win a championship and that’s never even crossed my mind. Our goal is to have fun, make sure they know i’m there and it would be nice to pull out a Wally before we’re done.” 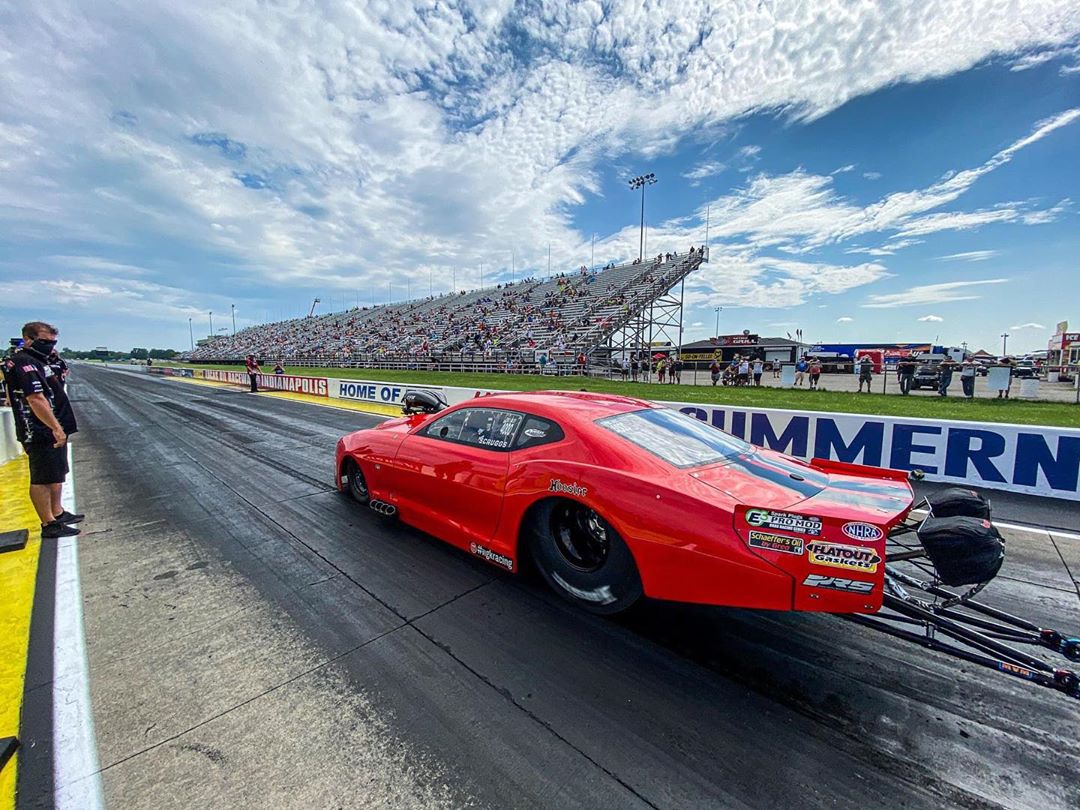 Scruggs is close to doing that, feeling content and happy with his place in the sport and Pro Mod racing.

Once driven by records and world championships — and accomplishing those in grand fashion – Scruggs has moved to the next chapter in his career, doing so gracefully and showing he hasn’t slowed down a bit.

With business keeping him as busy as ever, Scruggs has embraced being a part-time race in the NHRA Pro Mod ranks, with the goal to race 4-6 times a year. He raced four times in 2019, qualifying twice, but has made big strides in 2020, which is especially noteworthy considering he’s not out there full-time.

“That’s what this stage in my career is. I got to the point where I was too caught up in all of it — not missing a race and trying to win a championship,” Scruggs said. “Now I don’t have to worry about that. I know when I need to be at work I can stay here. That’s what changed in my racing the last few years. I’m wanting to do it just for the fun of it because that’s how it started in my career.”

Scruggs appears to be enjoying himself to the fullest these days, and his performance in 90-plus degree weather in Indy was impressive.

Scruggs’ weekend-best 5.829 at 246.48 sent him to the final round against Green, who ran an event-best 5.807 at 250.13 in the semifinals. A first-time winner in the class will be decided in early September at Indy, and Scruggs was pleased with how his team responded when it counted. 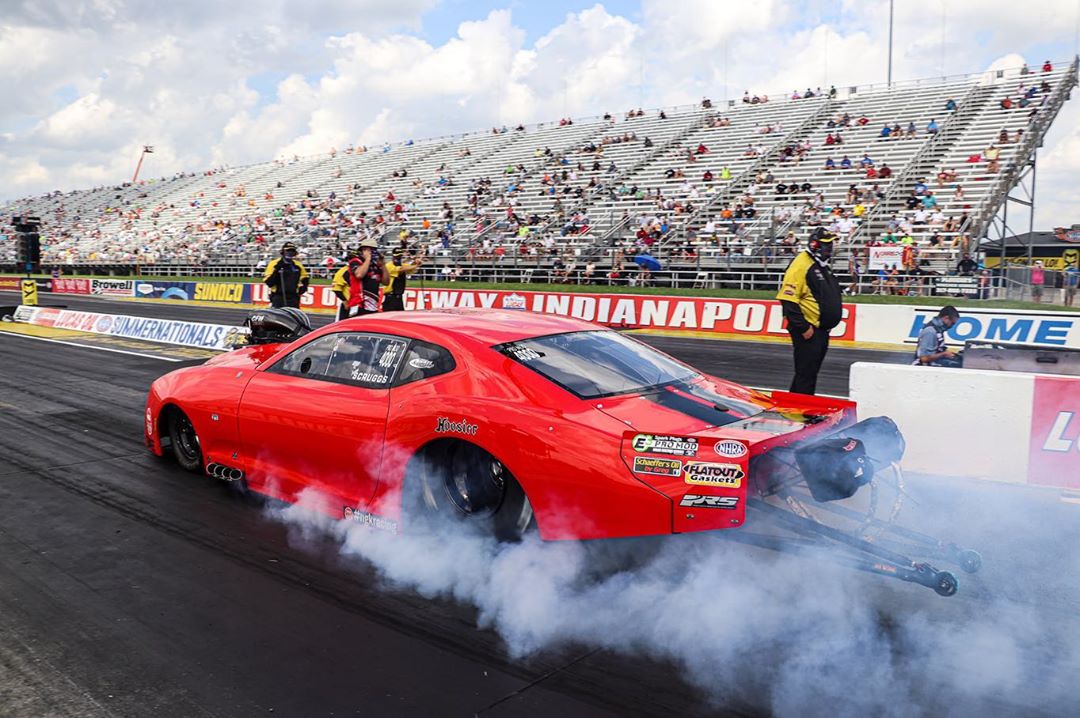 “We were happy to go some rounds. We knew we could run with them, so we were glad we could prove that,” Scruggs said. “It’s a different deal running quarter-mile, but at the end of the day we’ve got a good car. That race there was pretty tough for blower cars.

It’s been doing that all year. After making some changes to the car during testing in Orlando way back in January, the team has made considerable steps. They qualified second at the Drag Illustrated World Doorslammer Nationals at Orlando in March, running a career-best 5.656 at 254.86 and winning a round.

Scruggs didn’t run again until testing on Friday in Indy, but the car seemed to pick up right where the team left off in March.

“We changed the way we were running the car and now we’re able to run with them,” Scruggs said. “We knew it would be hard and a new challenge, but it’s turned out pretty good and we’ve got good help.”

Scruggs will try to break through at the U.S. Nationals, but there’s a chance he could actually win before that. He plans to race at the next NHRA Pro Mod race, which again takes place at Indy Aug. 6-9, and with the way Scruggs is performing, putting together four winning rounds is well within reach for the doorslammer legend.

“All in all, we’re pretty happy,” Scruggs said. “We’re a part-time team, but we good stuff and good people who help us.” 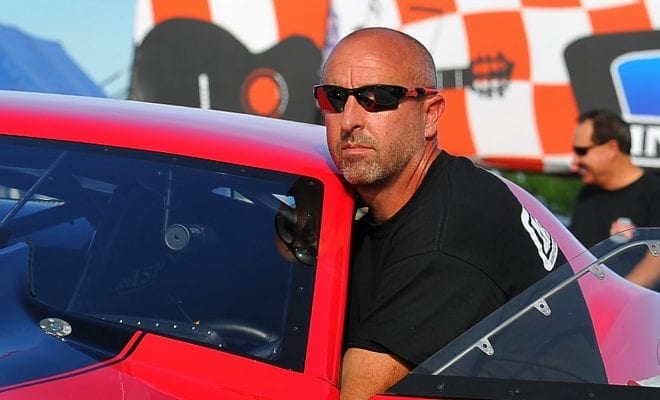