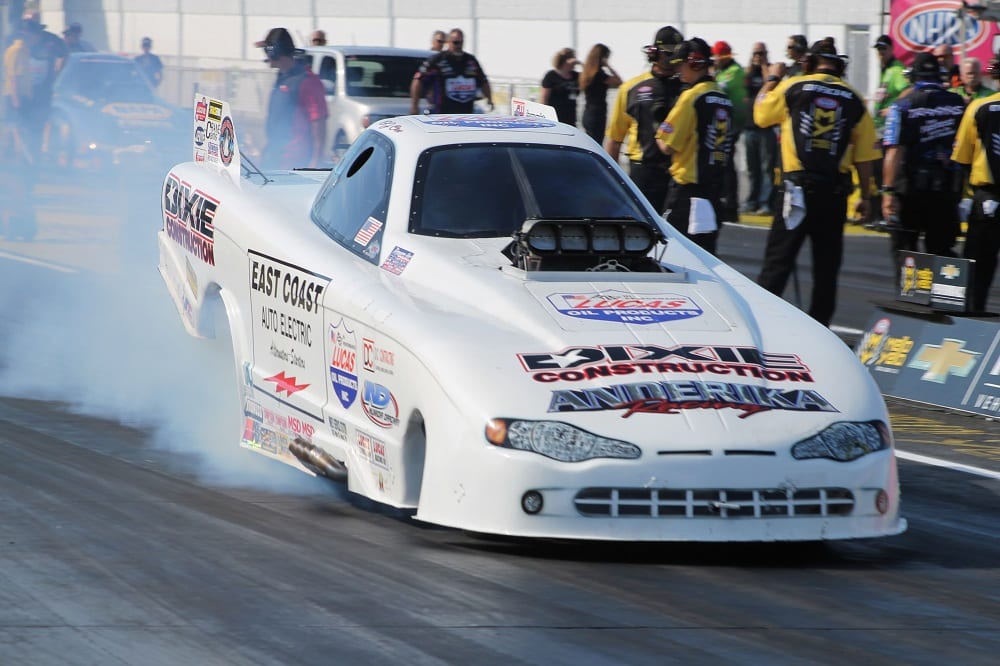 “I’m thankful to Tony and Steve for the opportunity,” Cox said. “Tony has put together an exceptional team with all the best equipment and necessary resources. The goal is to win the national championship so expectations are high. I’m looking forward to the challenge.”

The Bartone Brothers Racing team is currently planning a schedule consisting of approximately 12 National events and six East Region events for the upcoming campaign. Cox drove part-time for the Bartone Brothers Racing team in four events during the 2016 season and found instant chemistry with the group, winning in their first national event together on September 18 at Charlotte’s zMax Dragway.

“They have a great group of guys. They’re all very professional and work very hard. Steve Boggs is the tuner and he’s a legend in the alcohol class. I’m looking forward to this opportunity to work with him,” Cox said.

The Bartone Brothers Racing team currently plans to start its season at the Circle K NHRA Winternationals in Pomona, CA from February 9-12, 2017.