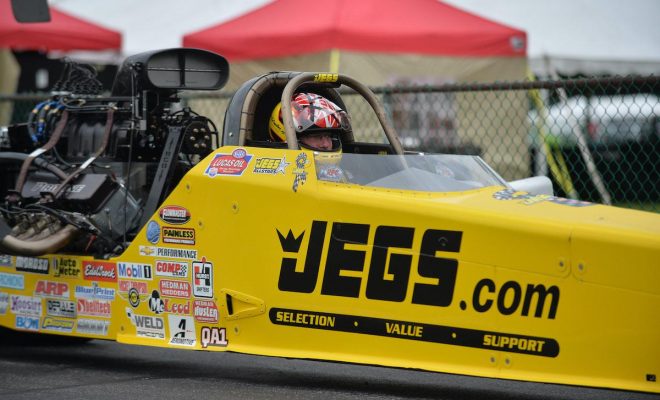 As if this weekend wasn’t big enough for three-time champion Mike Coughlin with two major events taking place as part of JEGS Speedweek — the JEGS SPORTSnationals on Thursday and Friday and a Division 3 regional race on Saturday and Sunday — it will also mark the Sportsman debut for both of his sons, Jack and Clay.

“My excitement level is off the charts,” Mike said. “I’m definitely ready to maintain our great start in Top Dragster but that really takes a back seat to the boy’s first races at this level.

“Jack licensed last year in Super Comp and got in a bunch of passes at a bracket race but this is his first NHRA race. Clay completed his Super Stock licensing runs a week ago and did a great job. They have both taken to their respective classes very well and seem ready to go. If there are any nerves involved they certainly aren’t showing them.”

The second annual JEGS Speedweek is sure to be as big or bigger than last year’s inaugural event, which was a great success despite the lingering restrictions of the COVID pandemic. Cars will hit the track as soon as Wednesday for an extended test-and-tune session, along with a Stock vs. Super Stock Shootout. 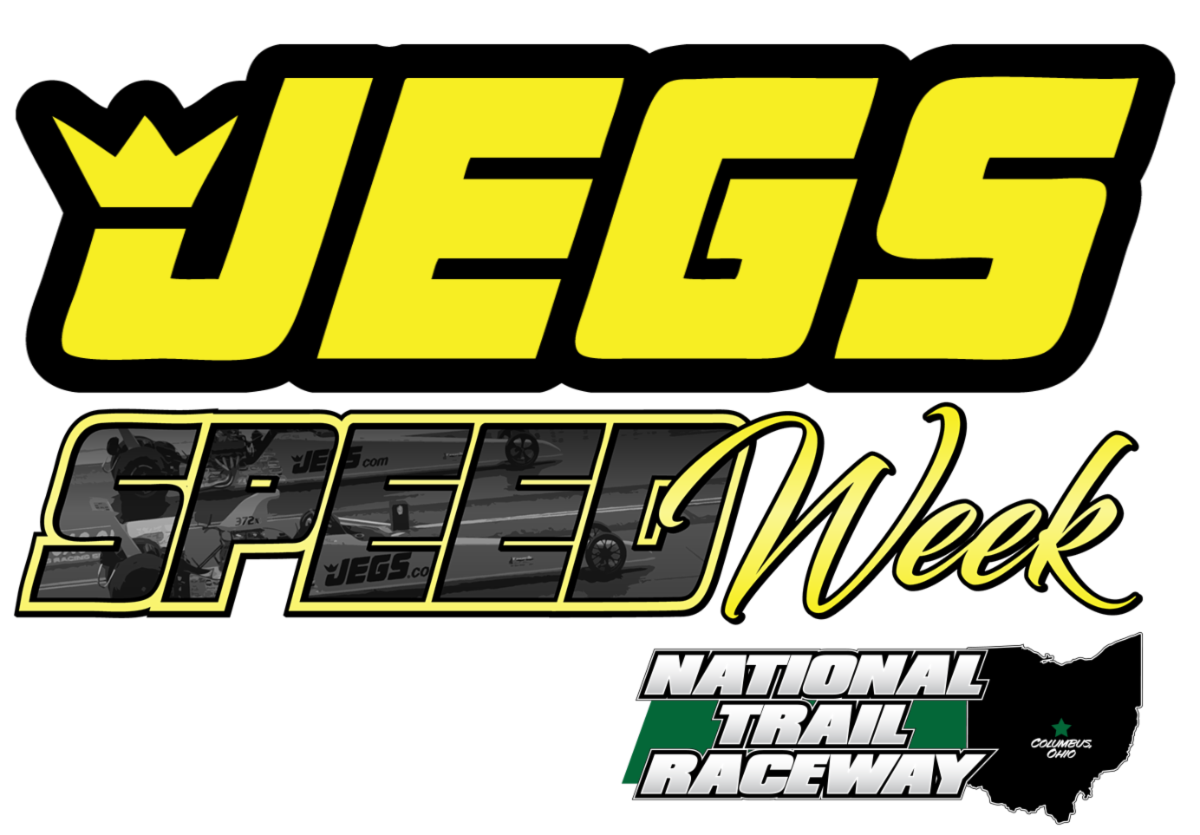 Aside from watching his sons go through their paces, Mike could have a huge weekend of his own in the JEGS.com Top Dragster. He currently leads the Division 3 points after just two events and is second in the JEGS Allstars ranking. Going deep into the eliminations rounds in both races this weekend would be a nice boost.

“It would be great to get around Al Peavler II and pick up that spot on the JEGS Allstars team but he’s a great racer and will definitely be as fired up as we are this weekend,” Mike said. “It’ll be a challenge, but that’s what we love the most.

“Greg Cody, Tony Collier, Justin Beaver and Ryan Micke of ComSync have all three of these racecars ready to go so it’s just a matter of executing. I know a lot of friends, family and JEGS associates and their families will be on hand so we need to make them proud.”

On summer break from his studies at Ohio State University, 20-year-old Jack Coughlin says making his NHRA debut at National Trail Raceway is the best-case scenario.

“It’s really neat to start my career at Trails because that’s where we all grew up,” Jack said of the facility that has been brought back to its former glory by new owner Jay Livingston. “Plus it’s a JEGS-sponsored weekend, which is big for the company.

“I’m definitely feeling some nerves but I’m feeling a lot more excitement than anything else. I’d love to find some success but as much as I would like to win, I know I’m going up against racers who have been doing this since before I was born. There are so many top-level drivers and I’m sure they’ll all be there for a double-race weekend like this one.

“I know I’ve got a great group around me. My dad, my uncle Jeg, T.J. (Troy Jr.), Paige, Greg Cody, Tony Collier and Justin Beaver have all been so encouraging and helpful and I hope that continues. It’s going to be intense, much more so than that bracket race, but I’ve been practicing as much as possible and I feel ready for what’s ahead.”

Being mechanically inclined, 16-year-old Clay Coughlin has spent as much time under the hood of his Chevy Cobalt Super Stocker as he has behind the wheel. So he has a unique perspective for a new driver as his debut looms.

“I’m pretty good with my hands and I love the mechanical side of racing so I’m at the shop a lot helping out wherever I can,” Clay said. “When I finally started making passes on through to doing my licensing runs, I really started to understand all the things we’d been doing to the car.

“I began with a rev-limiter on the engine, doing things like starting the car, executing burnouts, driving around through the pits, and then they progressively gave me more power as I got more comfortable. The car wasn’t super happy being restricted so as more power was added it was actually easier to drive.”

With an emphasis on seat time, Clay says a successful weekend in his mind would include a few key things.

“I’m feeling a little anxious because it’s a home race and all our friends and family, plus people from work, will be out there watching my every move but having their support is also a great deal. Without my family, my co-workers and Jeff Taylor, who is tremendous at what he does, I wouldn’t be racing, so definitely lots of thanks to everyone.”